Google Maps has been created to open the world to millions of people around the world. Thanks to the super high-resolution camera on top of a car and satellites, we’re able to see things that we otherwise wouldn’t have been able to. We’ve been able to see plenty of weird and wonderful things from a man picking his nose, to a man pointing a gun at the street view car. But there are a few things that even Google Maps won’t show. The House of Horrors is a great example, but this time there’s something sinister going down in Russia. Who knew?

As late as 2008, if you looked in the East Siberian Sea, you’d find part of the map blacked out where Jeanette Island should be. Zoom in as far as you want, and you still couldn’t see what was underneath. 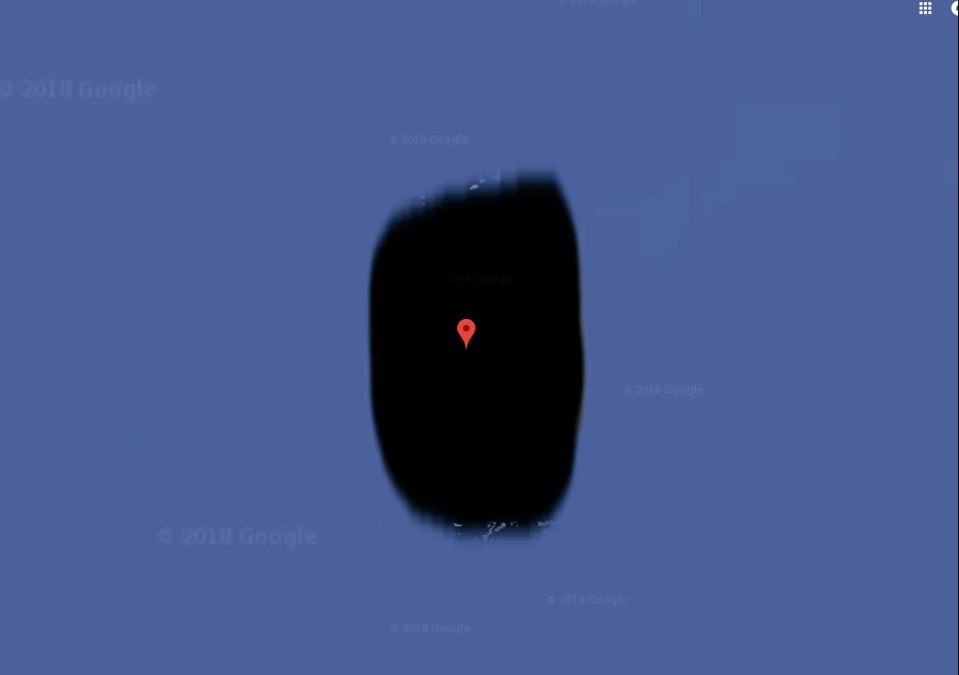 The Russian island was a mystery after users discovered it is blocked out. Credit: Google Maps.

Some conspiracy theorists have suggested the spot is an ideal location for a secret Russian military base, as it is relatively close to the United States and Canada. It wouldn’t be the first time that Google have blocked out a military location, as a similar thing happened in Patio de los Naranjos, Spain.

A Reddit user named exoplanetaryscience wrote: “Google rarely blacks out without reason. A search through google earth shows that this has been permanently blurred out- even in images dating back to the 1980s.

“But what really gets me is that Jeannette Island is completely non-notable… or at least supposedly.

“I’m going to guess there’s a concealed Russian military base located there, and possibly quite a substantial one at that.”

The island is 1.2 square miles long, which makes it smaller than Worthy Farm where Glastonbury is held.

In a strange turn of events, if you now look at the once-blurred out site, the mystery of the blacked out Jeannette Island can be seen and you can now zoom in on the icy mass.

Jeannette Island Is No Longer Blacked Out. Credit: Google Maps

Nobody knows if they’ve removed what used to be there. Explore it for yourself:

It all seems a little fishy to me.