No one was talking about Plants Vs Zombies 3. EA hadn’t mentioned it, Popcap hadn’t spoken about it. But, now, out of the blue, a pre-alpha build of the tower defence game has been released on Android for a limited number of players. It looks like it’s nearly time for a whole new generation of warfare between the age old enemies of fauna and the undead.

The alpha looks like it might be US only as Android Police was able to install the game and get into the first levels, whereas in the UK (as found by Eurogamer) you can’t even access the store page. You can try for yourself here. 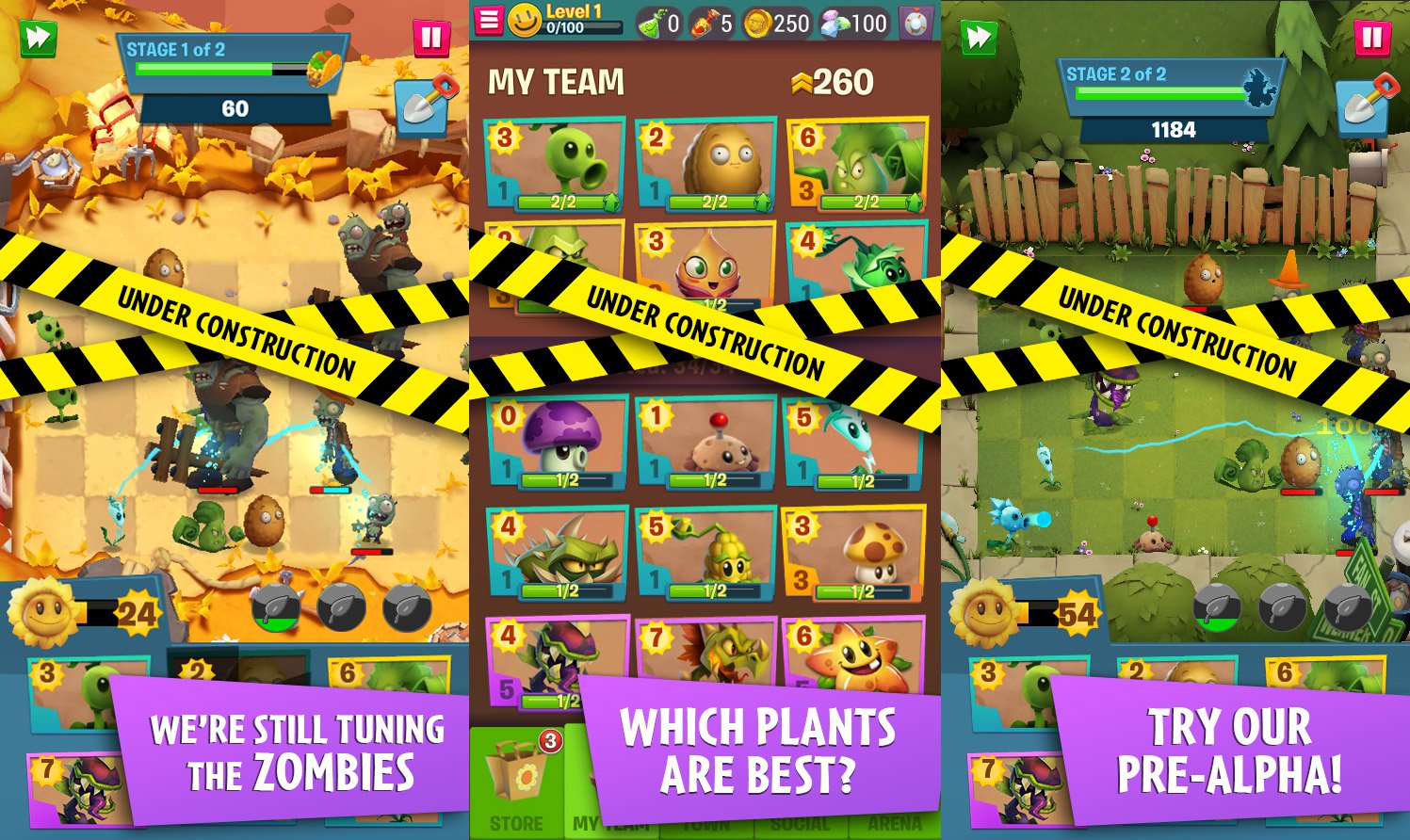 A lot of work still needs to be done

The new game carries on much like the first, with you protecting a garden from the undead. The undead march up the garden along rows and you need to block their progress with different plants. Some, like Wall-nuts, are simply there to stand in the way of the zombies, but others can fight back – like the peashooter. Where the new game differs is that it offers an upgrade mechanic, where you can spend tacos to improve the performance of your plants.

Over on EA’s site there’s a FAQ about Plants Vs Zombies 3. It doesn’t reveal a great deal – for instance, there’s no word of a release date – but it does say that if you don’t get into this phase of the pre-alpha there will be more releases in the future. So, fingers crossed you’ll be pushing back the undead soon.

I loved the first Plants Vs Zombies. Out of nowhere Popcap released an excellent tower defence game that ramped up in challenge quickly, was full of different plant types and new ideas. Also the whole setting, while bizarre, was really fleshed out, with returning characters throughout the campaign.

Are you looking forward to Plants Vs Zombies 3? Let us know on Facebook and Twitter. And, while you’re at it, why not check out the GAMINGbible Snapchat?