If you’ve been fired up by the gun fu of John Wick 3: Parabellum and you’ve already tried getting it out in the normal ways – dancing around your home with a Nerf gun – then the unofficial John Wick game may be for you.

John Wick (the game) is a side-scrolling shooter where you play the eponymous hero on a charge through an army of heavily-armed goons. You only have a pistol to contend with these heavies armed with shotguns, machine guns, machetes, sniper rifles, and even the odd grenade. On top of that, the AI will try to run you down with a car and even throw a military helicopter at you. 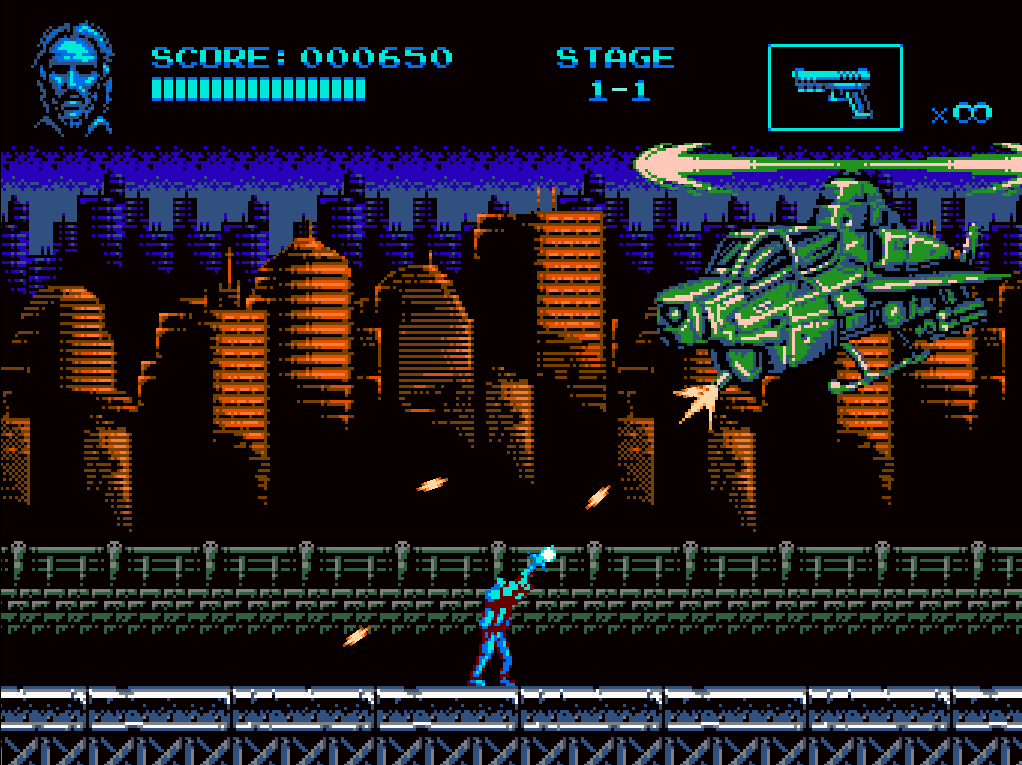 Helicopters are even tougher than they look

Side-scrolling shooters are rarely easy but the NES-style John Wick adaptation is seriously tough, even by the genre’s already high standards. In part it’s because you need to make use of pixel perfect cover, but there’s also the sheer amount of damage the enemies do to you. John largey gets through the films by avoiding getting hit, but if there’s one thing I’ve learned from this game it’s that I’m no John Wick.

The game has two difficulty settings and I could barely get past the first set of toughs while playing on normal. I had to drop the challenge down to easy, and even then I gave up after the second stage. Even when you’ve learned the level and know when enemies will attack you, you can’t put a foot wrong without being punished by getting hit and losing a chunk of your health.

This free game, which you can download on Itch.io, is based on a fake NES tribute video made by Danilo Noites and Dominc Ninmark which you can watch below (or here if you’re reading this on mobile):

for #screenshotsaturday I made a small tribute to a movie I love, John Wick!
Its a fake John Wick NES game, the music is by my friend @Dominic_Ninmark , its a nes remix of “shots fired” Hope you guys enjoy it! =D#JohnWick #pixelart #joymasher #KeanuReeves pic.twitter.com/NS8cjOxYTw

Are you going to have a go at being John Wick? Let us know on Facebook and Twitter. And, while you’re at it, why not check out the GAMINGbible Snapchat?