Last month during E3, Ubisoft released tools to the Assassin’s Creed community that let them design quests for Assassin’s Creed Odyssey. The tools are pretty powerful letting you write dialogue for characters, assemble conflict encounters, and give people rewards for completing quests. While some players have run wild with this, creating elaborate stories for other people to play through, there’s also been a set of players who have created quests that essentially feed the player XP.

These XP-farming quests are extremely easy to complete, they might be as simple as talking to a person at one location and then talking to another character nearby, but they will then reward you with a great big pile of XP points – letting you level up extremely quickly. Ubisoft wants to stamp these kinds of mission out, and to that end it has said that the game’s “terms of use will be updated to reflect the misuse of the tool” and It “will be sanctioning those who continue to willingly and intentionally misuse the tool.” 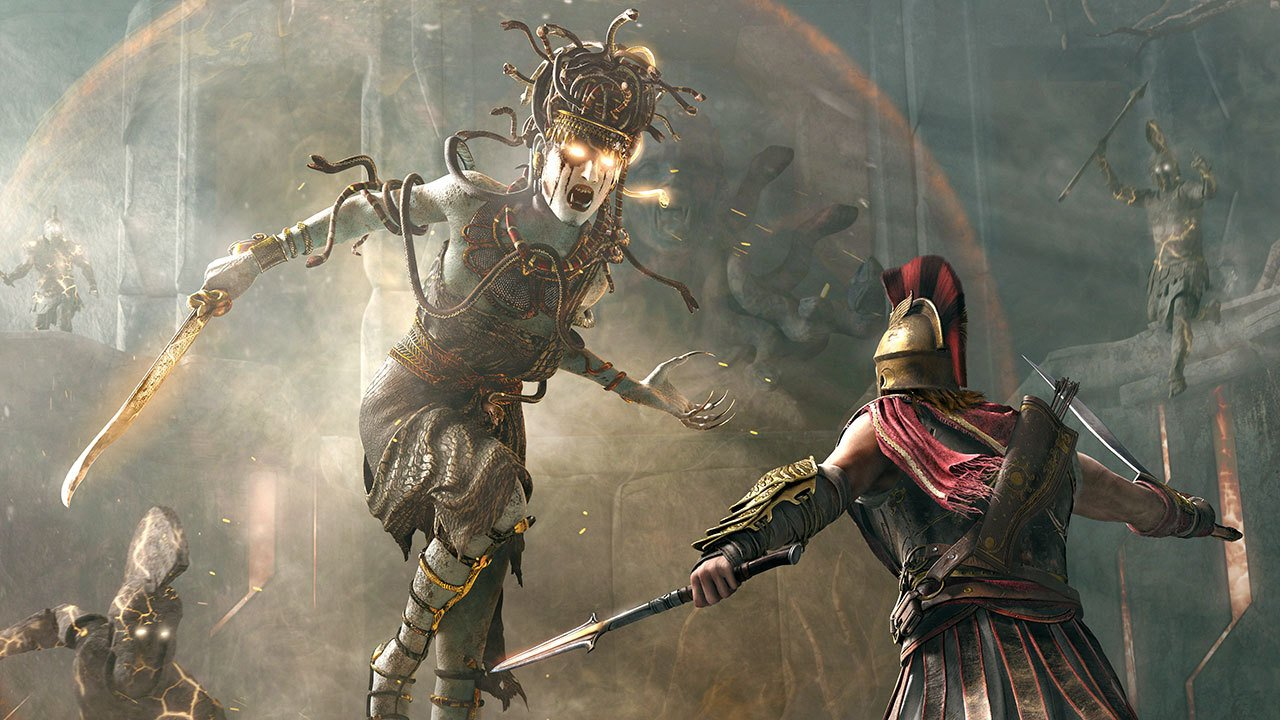 Will you have to face off Assassin’s Creed Odyssey’s Medusa?

Now, as Assassin’s Creed Odyssey is a completely single player game, it’s not like these XP farming missions will impact anyone else’s play. However, Ubisoft argues that “these exploits risk jeopardizing the overall quality, integrity, and purpose of Story Creator Mode and results in less visibility for the creative, interesting and frankly fantastic community stories that have been published.”

Ubisoft asks that users report and farming quests they see and it will be working to make sure they’re never surfaced in recommended quest lists.

The sanctions appear to only be directed at the people who create these quests so if you’ve been playing farming quests you shouldn’t be punished for it.

Have you been farming XP in Assassin’s Creed Odyssey? Let us know on Facebook and Twitter. And, while you’re at it, why not check out the GAMINGbible Snapchat?