Some people like to garden. Some of them are good at it, too. Their gardens flourish, bear fruit, and look luscious and beautiful all year round. I’m not one of those people. My plants die at the first opportunity. It’s like they’re part of a conspiracy against me, a suicide pact against some wrong I’ve done the plant kingdom. That’s why I wish I had one of Fallout 4‘s Mister Gardener robots. A machine to go around and care for the fauna, picking the fruit when it was ready, and storing it away when it could.

The Settlement Gardener Bot mod takes all the pain out of Fallout 4‘s gardening. You install a station pod in your settlement and the machine will periodically scan the area for plants that need tending.

“Mister Gardener restores crops that have been damaged or destroyed by Raiders and other settlement enemies,” the mod’s description reads. “It is then the task of Settlers to tend those crops for a sustainable food supply. When crops ripen they are automatically harvested by Mr Gardener and transferred to Workshop inventory.”

You can only have one Mister Gardener per settlement but that should be all you need to take the burden out of rearing crops.

You can find and download the mod through Nexus Mods. 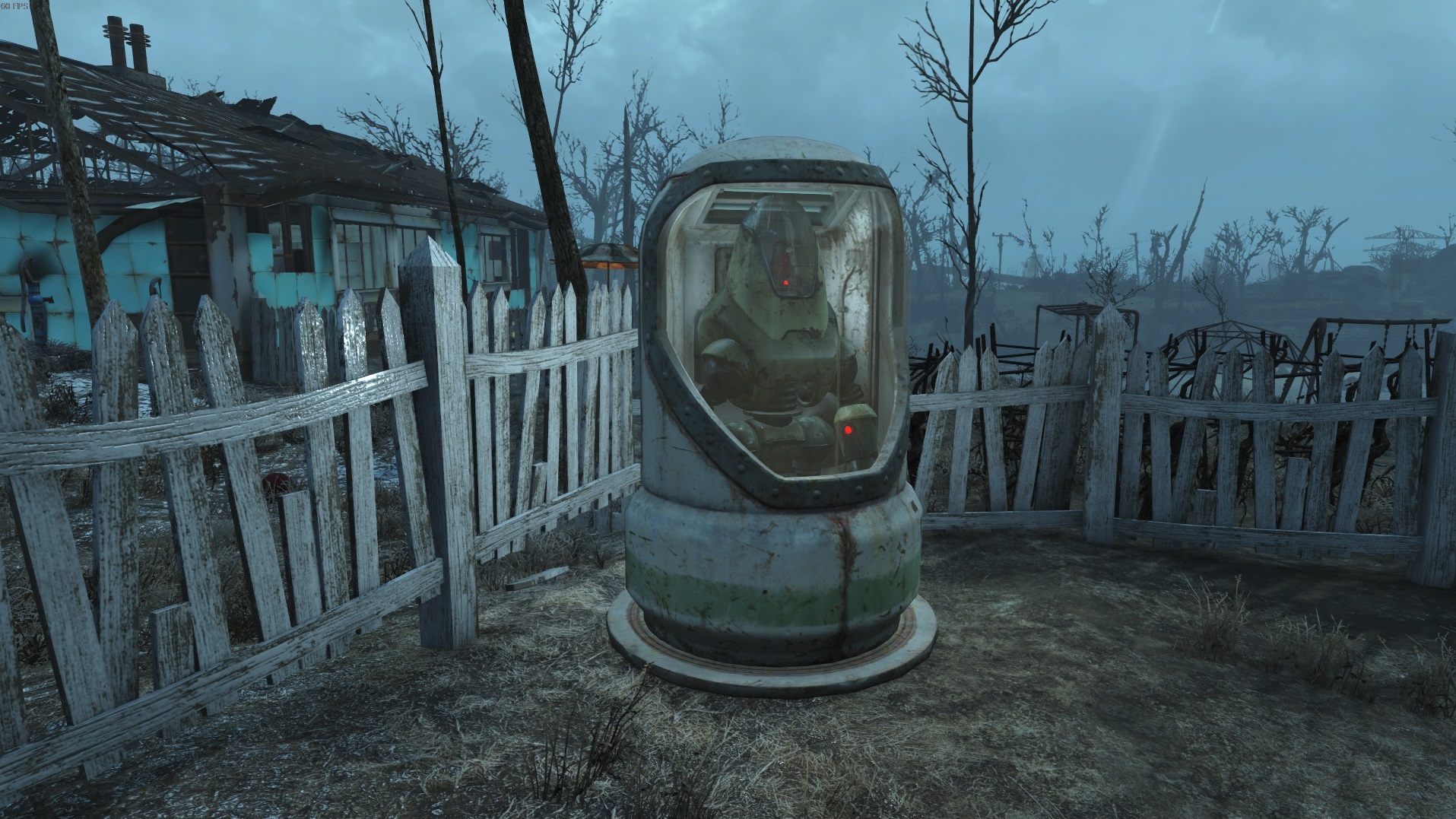 When not in use, Mister Gardener rests in its station

I’m often on the fence about mods that automate something which is a playable system in a game. The designers intended the loop of caring and harvesting plants to be part of Fallout 4, for instance, but then Fallout 4 supports so many different branches of play that having the option to automate some frees you up to have a more rounded play. If I were playing Fallout 4 unmodded, I’d likely focus on the quests and leave most of the settlement side of things unplayed. It’s just where my interest lies. But if I can take out some of the administration of settlements it suddenly becomes easier to juggle it with the other tasks of the game.

Are you going to be getting a Mister Gardener? Let us know on Facebook and Twitter. And, while you’re at it, why not check out the GAMINGbible Snapchat?