Home
News
Alligator Filmed Being Walked In Street By Its Owner

Alligator Filmed Being Walked In Street By Its Owner

A man has been filmed walking his pet alligator down the road in broad daylight – much to the horror of residents of a Chinese city.

The alligator was spotted being taken out for a stroll near Wuhu Theatre in Wuhu, a city with about 3.7 million residents in eastern China’s Anhui Province.

According to the Daily Mail, thankfully no one was hurt in the incident, and the alligator’s owner has since been fined by police.

The creature is believed to have measured 6.5ft long, and was seen walking along the pavement on Tuesday (16 July) before climbing into a cage.

According to police, the alligator’s owner – a performer – has a special licence to keep the animal. However, he was not permitted to bring it into public areas.

Police in Wuhu gave the owner a 500 yuan (£58) fine for intimidating public with dangerous animals. 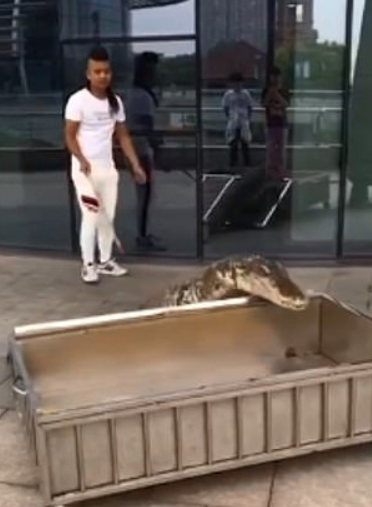 They said the 220lb pet has since been locked up by the owner, who Anhui Net reports to be a 26-year-old acrobat known as A Meng.

The website claims the performer was on tour in Wuhu, and the office he was using for his stay was nearby.

It is thought that A Meng’s show in the area did not involve any alligators, but a spokesperson for the acrobatic company told reporters that the acrobat had brought his pet with him as he was travelling on to another city to perform in another show, in which the animal would feature.

The spokesperson also said A Meng had been keeping the alligator locked in a cage, and only released it this particularly time to let it get some air.

Over in the States, meanwhile, another alligator was recently spotted swimming along, minding its own business – with a knife sticking out of its head. 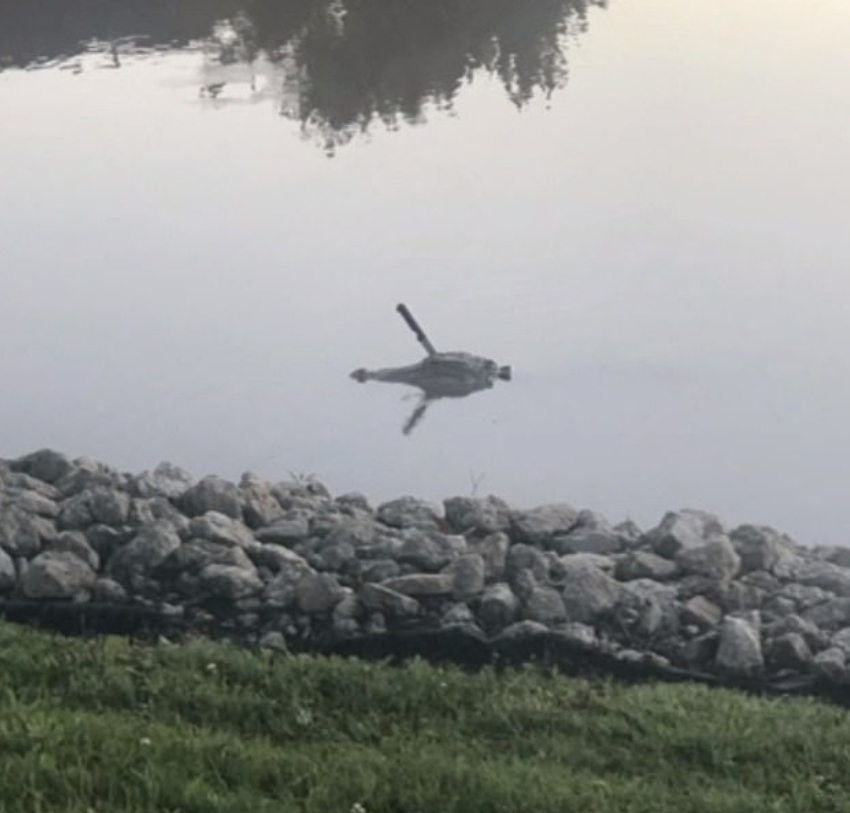 The animal was spotted floating in the water with a large knife in its head. Credit: Erin Weaver

The beast was clocked in the Orchard Lakes Estates in Sugar Land, Texas, by Erin Weaver.

She added: “Never have I seen them aggressive or even defensive, if you walk by and startle, them they just go under water.

“I feel like somebody did this on purpose. I can’t imagine this animal going after somebody that they would have to defend themselves, because we’ve never had that happen before.”