An Amazon delivery driver has been caught taking a crap in a woman’s back garden.

Rebekah Eleanor Read, from Swindon, Wiltshire, UK, spotted the delivery driver taking a squat by her fence and recorded the whole dirty deed.

In the video, the man can be seen wiping his rear before pulling up his kecks, while someone watching on provides Attenborough-esque narration: “F****** minging innit?”

Clearly of the opinion the backyard nature documentary needed to be shared with the world, Rebekah posted the video on Facebook.

Captioning the footage, she said: “Amazon… what a pile of [poo emoji] it is literally what they deliver to you!!!

“Yes it sounds funny but it really isn’t… he felt the need to hop over our fence and do a poo in our garden and bag up the tissue and throw in the hedge then hops back over the fence and walks off!!

“He was confronted and didn’t give a [poo emoji]… We have evidence of who you are and your vehicle, Amazon you need to sort this out immediately!!

“Disgraceful behaviour from an employee of yours and for you to just say you’ll sort it… 48 hours later it’s still there!! Everyone check your garden for [poo emoji]” 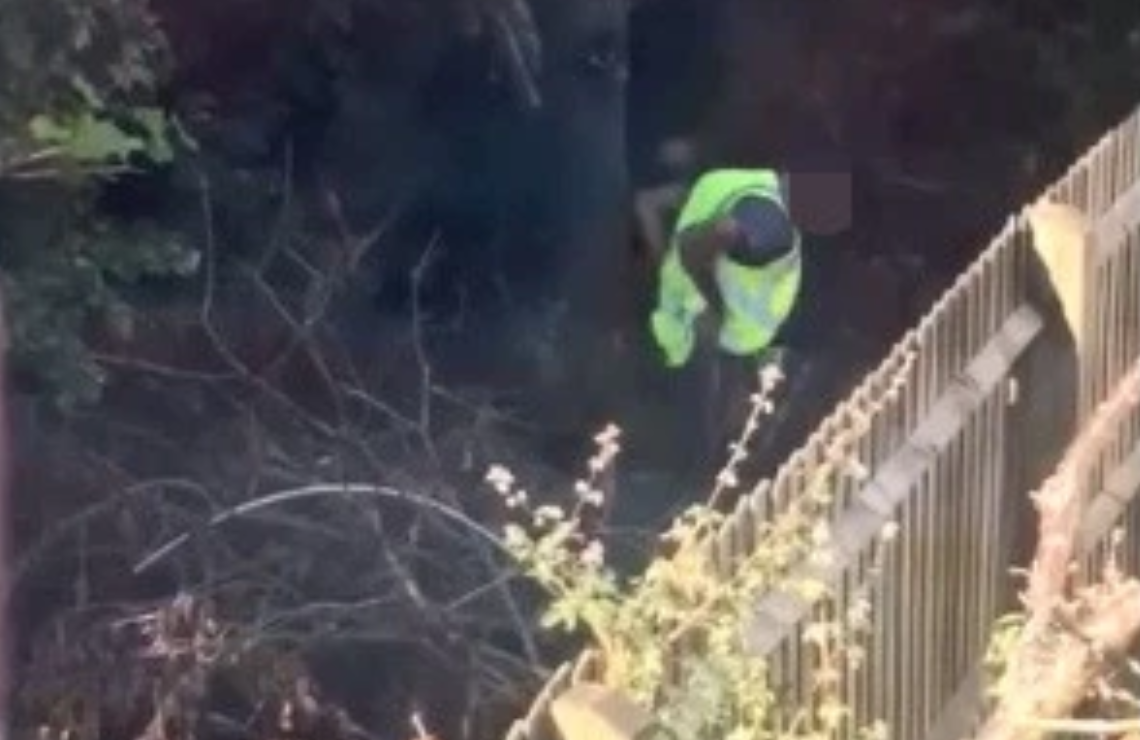 The delivery driver was filmed pooing in a back garden. Credit: Caters

Responding to the video, most people seemed just as disgusted as Rebekah.

Another added: “I hope you called Amazon and the police.”

Now, is it just me who actually feels sorry for the delivery driver here? Sure, there’s a chance he gets a kick out of s******* in people’s gardens, but it seems unlikely.

Most people spend their working days in close proximity to a toilet, but for a delivery driver, this is not the case. So, in his shoes, what would you do? You suddenly need a dump and you have no idea where you are: you either find a fairly discreet wooded area, knock on a stranger’s door and ask to do a crap in their toilet, or you s*** yourself.

I don’t know about you, but I think I would go with option A too.

Then, to compound his misfortune, someone has gone and filmed his unplanned bush turd and shared it online, meaning he may well lose his job. Indeed, Amazon has confirmed that the man works for an independent company that provides services for them and they are taking the issue ‘seriously’.

An Amazon spokesperson said: “We have very high standards for our delivery service providers and how they serve customers.

“We are taking this matter seriously and have reached out to the customer to apologise for the experience and offer our support.”

Rebekah has also been given £100 credit with Amazon, so if you’re reading this, mystery garden pooing delivery man, do you mind swinging by and doing a turd on my lawn? I want a telescope and some ice slippers. Cheers.