On Saturday night at Madison Square Garden, Andy Ruiz Jr. staged one of the greatest shocks in heavyweight boxing history, beating the previously undefeated champion Anthony Joshua in the seventh round, having knocked him down four times along the way.

Now a video has surfaced that makes you wonder whether we should have been so surprised after all.

You may recall a couple of years back, Joshua appeared on The Graham Norton Show, where he lamped a punch bag machine and totted up a score of 848 – which quite frankly shat all over the efforts of fellow chat show guests Rachel Weisz, Martin man and Greg Davies.

Well, turns out across the pond Ruiz took part in the same challenge on Inside Boxing – and he managed to rack up a score that shat all over the efforts of Rachel Weisz, Martin man, Greg Davies and Anthony Joshua.

The Mexican scored 967 on the punch bag challenge, beating Joshua by more than 100 points. Better still, he did so while eating a chocolate bar.

Of course, just because you can twat a punch bag really hard doesn’t mean you can win a boxing match, especially not against Anthony Joshua. Indeed, endurance is a huge part of the sport and many people may have suspected – given the contrasting physiques of the two fighters – that Ruiz wouldn’t have the stamina to go the distance against Joshua. 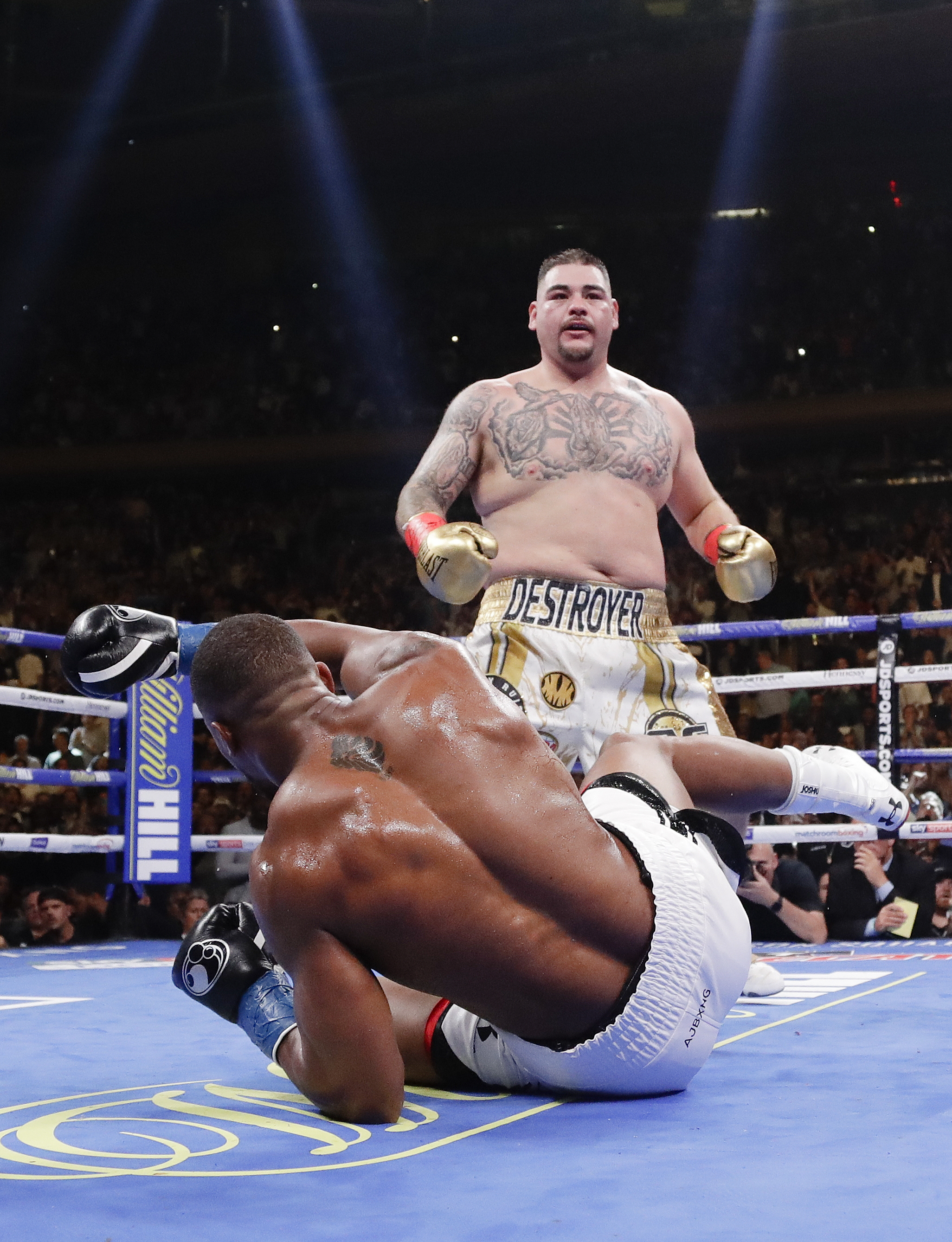 However, the underdog’s appetite for chocolate didn’t hold him back in the ring, as he managed to overturn Joshua’s 1/25 odds and become the first heavyweight boxing champion of Mexican descent.

But aside from punch bag challenge scores, some people are suggesting The Simpsons also foreshadowed the upset.

You may recall the episode ‘The Homer They Fall’, in which Homer defeated fictional boxer Drederick Tatum – the show’s thinly-disguised Mike Tyson parody.

Homer’s strategy involved taking as much abuse from Tatum as possible before tipping him over once he’d exhausted himself.

Similarly, Joshua looked exhausted early on in the fight and was knocked down twice in the seventh round. When the referee asked him if he wanted to continue, he quietly replied ‘yes’ but was unable to take his arms off the side of the ropes. This led to the ref calling the fight and Ruiz being hailed the new champion.

No, Joshua wasn’t beaten by a gentle tap in the same way Homer beat his opponent, but you can see the similarities are there. Definitely in terms of their contrasting builds anyway.