Artist Gets Tattoo On Forehead Because Magic Mushrooms ‘Told Him’ To

An American artist has had a tattoo inked on his face that says ‘it’s f***ed up but true’ because – he claims – magic mushrooms ‘told him’ to.

Well, that all seems fair and above board.

The 19-year-old artist and producer, who wishes to only be known by the moniker ‘The Opposite of Sadness’ or TOOS, claimed that he was told by the universe to get the facial tattoo while he was ‘tripping really hard’.

TOOS, as he wants to be known, doesn’t regret his decision. Credit: Jam Press

He said he managed to get hold of the magic mushrooms from a friend and scoffed them all down. He was alone at the time and, as such, there was no-one there to offer a second opinion on the eyebrow-raising tatt.

He explained: “I went to Lavish Tattoo on EL Cajon after believing it was my duty to get the tattoo.

“I remember laying down and having a rush of the universe smacking me all over my brain and body.

“I was tripping really hard and the universe told me the phrase: ‘It’s f***ed up but true’.”

Despite the fact he was high as a kite at the time, the artist doesn’t regret getting the phrase permanently inked onto his forehead. 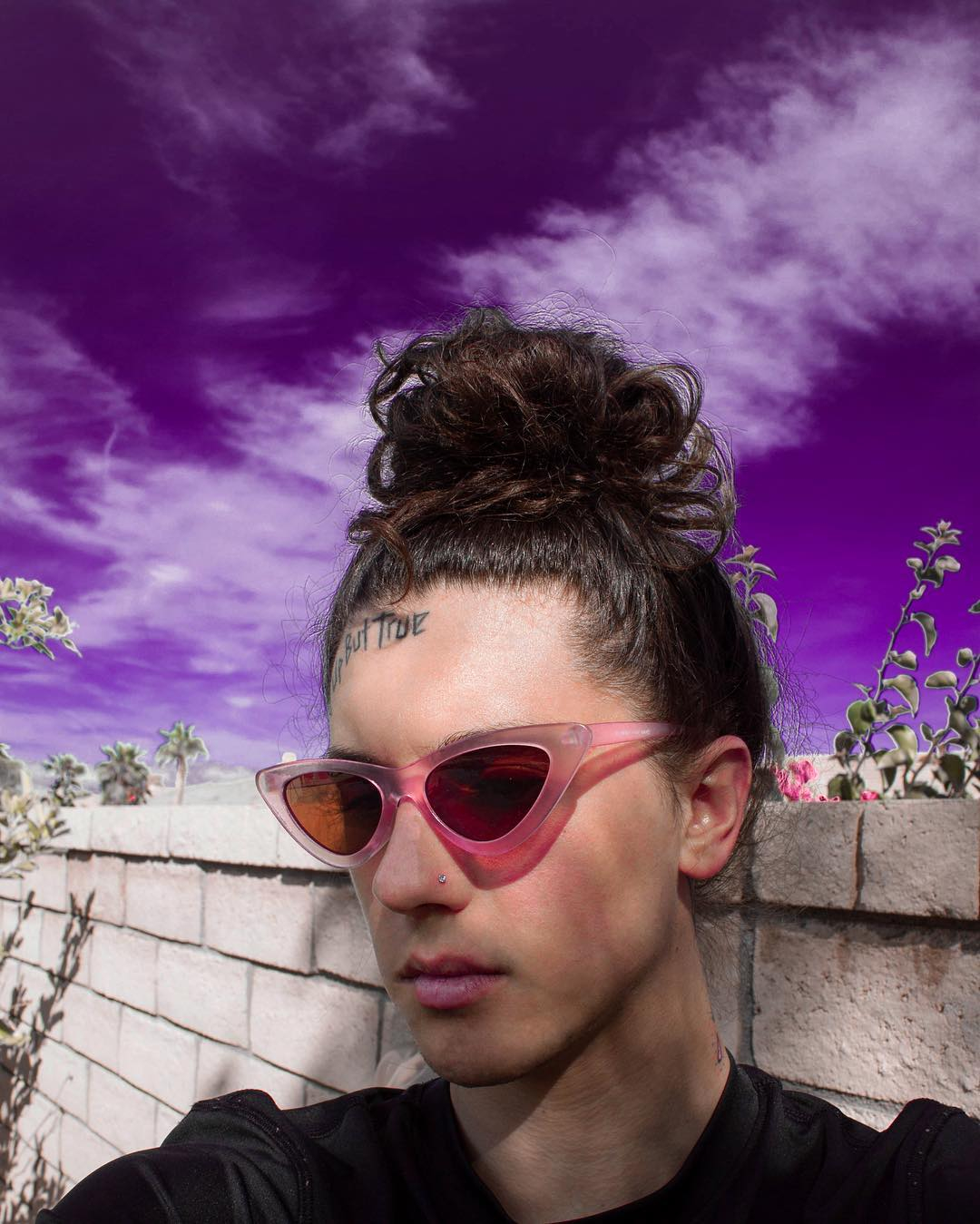 You can hardly notice it, to be fair… Credit: Jam Press

TOOS, who is based in Los Angeles but got the tattoo in San Diego, continued: “You get a lot of adrenaline when you’re getting your face tattooed, so you don’t feel much at all.

“My first thoughts were: I love it! It is fitting for the current state of the world.”

Naturally, his family hate it. His friends think it is in keeping with his personality, but people on the street tend to stare at him with disgust or say the tatt is ‘absolutely crazy’.

Whatever you might think, TOOS also maintains that he’s not a regular drug user. He added: “I take them when I feel like it’s necessary, but now I try to stay sober because I want to stay alive and enjoy life. “

He also says he isn’t done with getting mad tattoos just yet, and plans to get some even more unusual places inked in the future.

“I will definitely be keeping it and want to get a lot more tattoos all over my body – but not too much to take away from my natural beauty.

“I will be getting my eyelids done next – which proves I don’t have a single regret.”