We all like to help our pals out, right? Well, how about if doing a solid for your mate left you forced to travel home with a massively realistic penis – complete with a vein – shaved into your head?

Let me tell you the story of Conrad North from Basingstoke.

Now, being a sound guy, Conrad agreed to let his mate, a barber called Daryl Parsons, practise some work on his head. After all, he’s getting a free trim out of it too.

However, Daryl had other ideas. He wasn’t just practising pattern work, he shaved a massive c**k into Conrad’s head then – remarkably conveniently – ‘ran out’ of razors.

That left Conrad travelling home afterwards with a massive willy on his head. 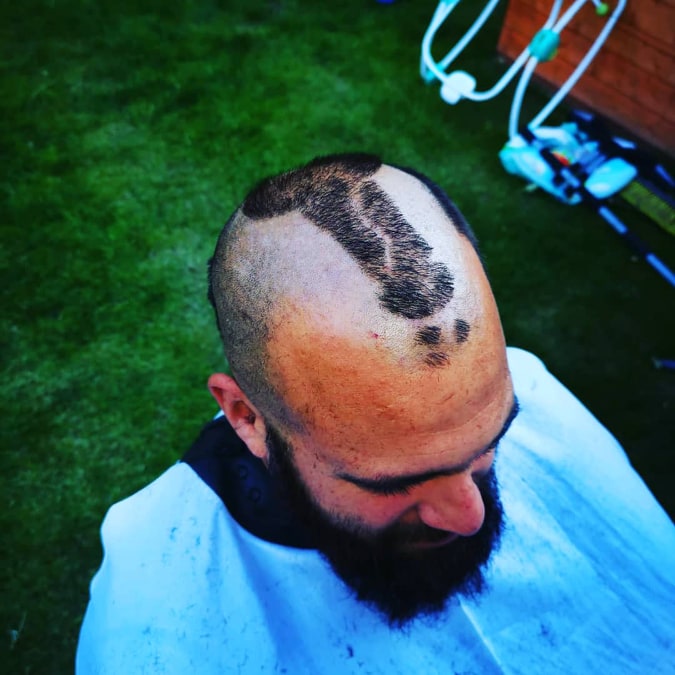 Conrad told LADbible: “Basically, the barber I use is a good mate of mine and he just wanted to practise his pattern work. He always asks me to grow my hair so he can practise on me because he knows that every time he shaves it off it doesn’t matter to me.

“One Sunday evening I told him I needed a haircut and he said to pop around and he’d do some pattern work, then he’d trim my beard and everything.

“Then he said, ‘one more thing whilst you’ve still got hair on the top’ and then he took ages. I said, ‘are you alright?’ and he said ‘I’ll show you in a minute’ and – well – that was the result.” 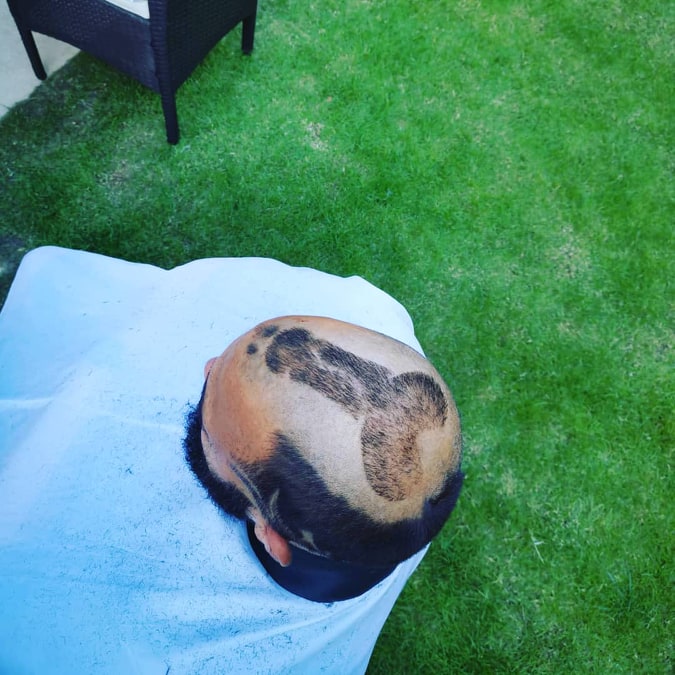 You have to admire his craftsmanship. Credit: LADbible

He must have felt like a right d**khead on the way home, no? Luckily, he didn’t have to endure it for that long.

Well, apart from a few pitstops along the way.

He continued: “It was only [there] until I got home but it’s half and hour drive home and my brother-in-law was driving.

“He decided that he wanted to stop at a burger van on the way home and basically try to get me in and out of the car as much as he could whilst I still had it.

“As soon as I got home it all came off.” 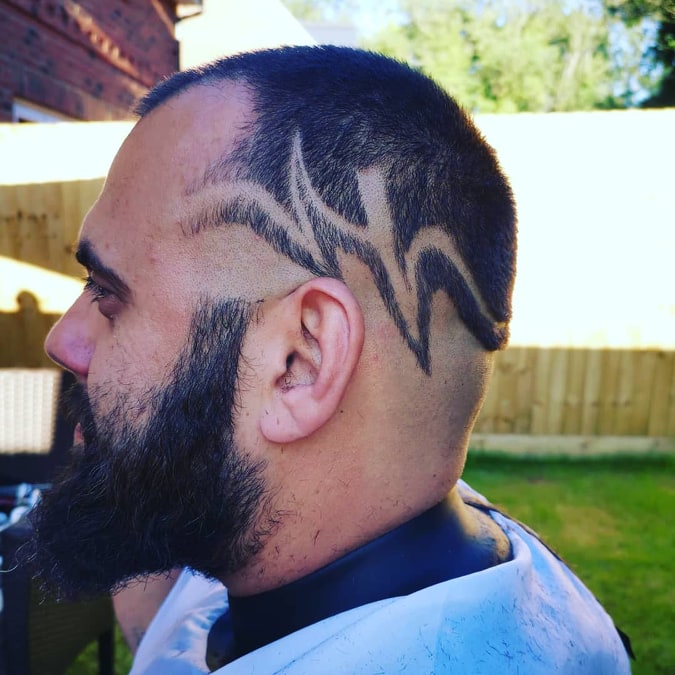 He does other patterns as well… Credit: LADbible

You’ve got to hand it to Daryl, he can definitely cut hair very well. The accuracy and care with which he’s mugged his mate off here is incredibly.

Conrad added: “Yeah, he said to me ‘I’ve even put a vein in it’ and I thought that showed impressive attention to detail. He’s really put some effort into it, he was taking ages with it.”

“He’s asked me to grow it again, so I’ll put some trust in him again and we’ll see what happens this time.”

How about a lovely star? Credit: LADbible

Hopefully this won’t be the last we hear about Conrad’s hair. If there are any barbers out there, try to top this, if you can.