This is the ‘disheartening’ picture of a bird trying to feed its chick a cigarette butt on a beach in Florida, highlighting the affects of beach pollution.

The skimmer bird was snapped on St Pete beach passing the littered butt to its chick, who clutched the cigarette end in its mouth looking like it was going to swallow. 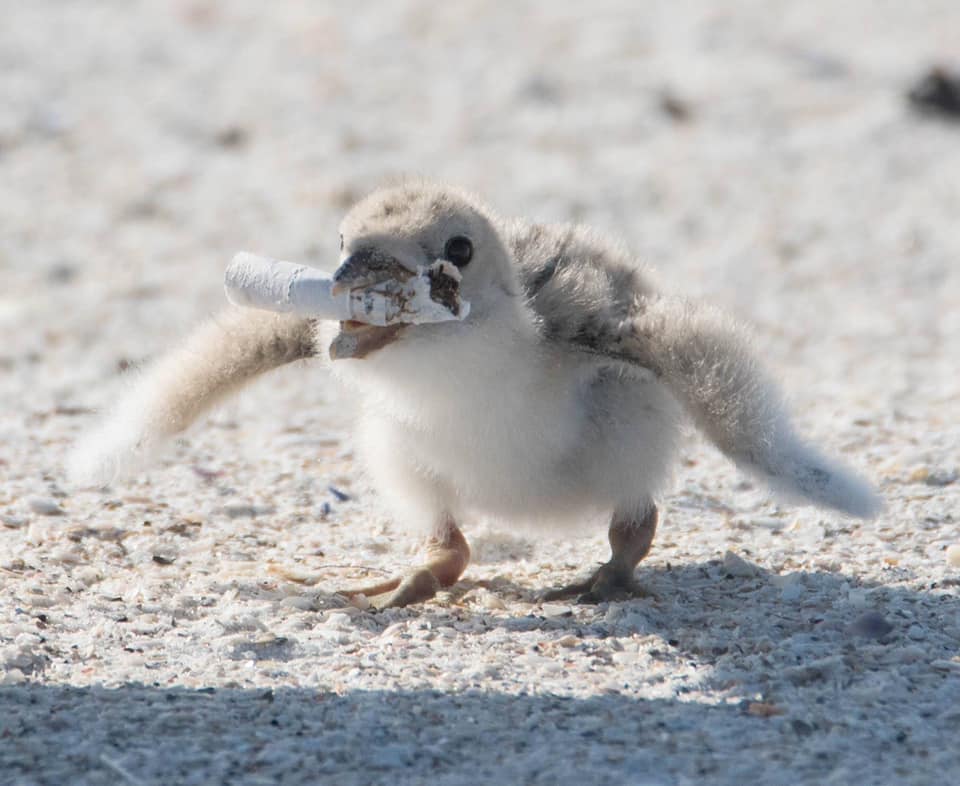 The little chick waddled along with the cigarette end. Credit: Facebook/Karen Catbird/Karen Mason

Speaking to TODAY, 64-year-old Karen said: “This little chick might have swallowed something like this, and there’s no reason that people need to do this.

Posting the pictures she took to Facebook, Karen wrote: “If you smoke, please don’t leave your butts behind.”

Before adding: “These birds feed by skimming along the water with their beaks open when the bottom mandible touches something the top one snaps shut. They don’t see what they are getting. This parent must have latched on to a butt in the shallow water.” 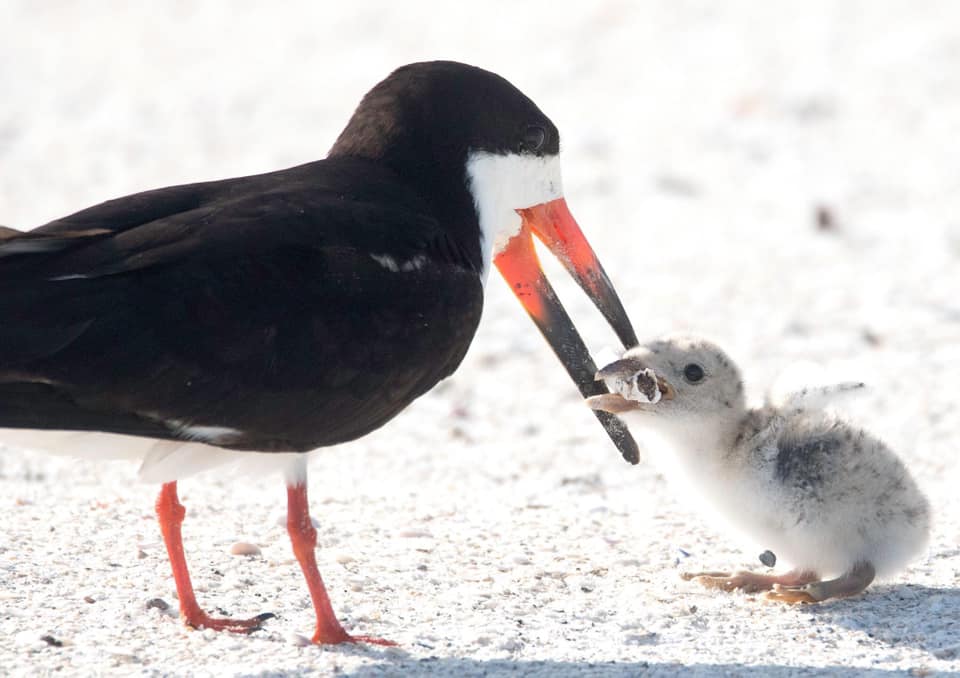 The tragic picture was uploaded on to Facebook. Credit: Facebook/Karen Catbird/Karen Mason

People were quick to share their upset and commenting on the snaps with disapproval one person wrote: “This is a preventable tragedy. Thanks for taking this photo and helping to spread awareness of this issue.”

Another added: “I have grown weary of butts leaving their butts and everything else everywhere. Look at the ground at an intersection. It is ridiculous.”

A third said: “This is absolutely unbelievable and incredibly horrible! My family and I spent a couple of weekends back cleaning up or local mountain. I picked up at least 50 cigarette butts. Why people don’t have the decency to dispose of their trash properly is beyond me.” 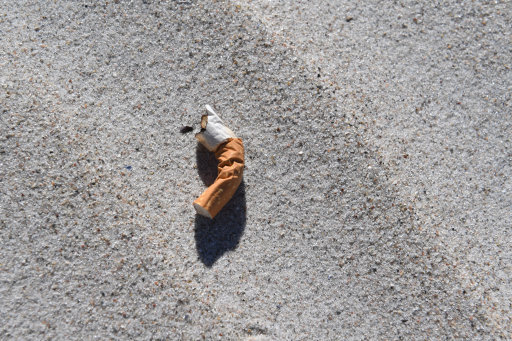 A cigarette butt lying on the beach. Credit: PA

Thomas Novotny, founder of the Cigarette Butt Pollution Project, told TODAY: “Ninety-nine percent of all cigarette butts are composed of the filter, which is made of a plant-based plastic, that takes years to deteriorate, never really biodegrading completely, and this allows the chemicals to continue to seep out.”

According to a report from Ocean Conservancy, cigarette butts made the top of the 10 trash items most collected from beaches globally. With over 2.4 million collected they came before food wrappers, plastic beverage bottles, plastic bottle caps and plastic grocery bags.

There were actually enough cigarette butts collected to line the distance of five marathons which would make 130 miles of cigarettes. Nice.

So, the next time you throw your cigarette butt, think of this little chick and have a heart. Our planet is not an ash tray, guys.