Cardi B has recently added to her ever-growing collection of body art and took the opportunity to show off some new tattoos in an energetic performance at the Mid-State Fair show in Paso Robles. The controversial singer has paid tribute to her husband Offset with one new tattoo and has another sizeable new piece on her bum. 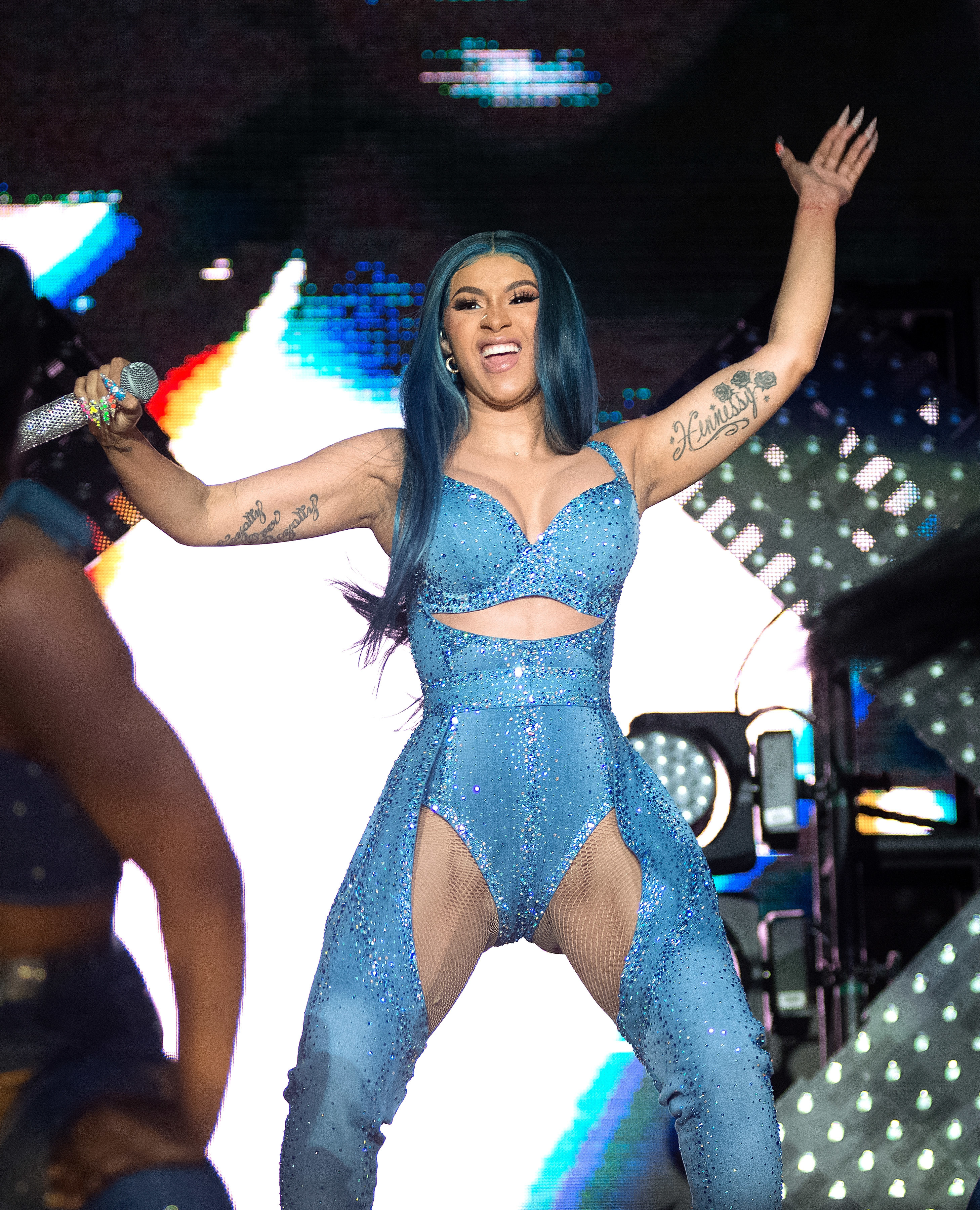 Cardi B shows off some of her tattoos Credit: PA

Cardi B – or Becalis Marlenis Almánzar, to give her real name – already has a number of tattoos. Here’s just a few that we know about.

She has “Belkis” tattooed on her right wrist which is a variation of her real name Belcalis. She also has her ex-boyfriend Tommy Geez’s name “Tommy G” tattooed on her left wrist in red ink. The couple parted ways in 2016 after he was sent to prison.

The rapper also has a sizable tattoo on her left bicep. It reads, “Hennessy” which is her sister’s name and is supplemented with three roses.

Most famously, she has a huge peacock tattoo on her right hip which starts on her waist and covers all the way down to her knee. 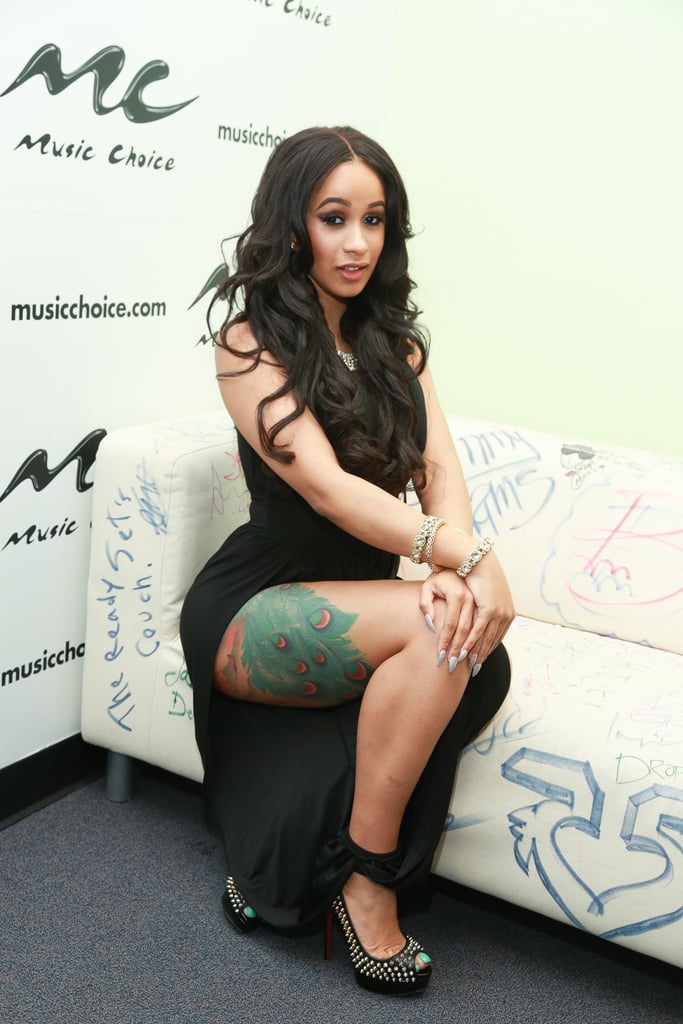 Cardi B has a peacock tattooed on her waist and leg Credit: Getty

She also has “Loyalty over Royalty” on her right bicep and a cheetah on her left hip.

During the performance, it was clear that Cardi B was wearing a protective film over her new bum tattoo, although as the show went on, it began to peel off. 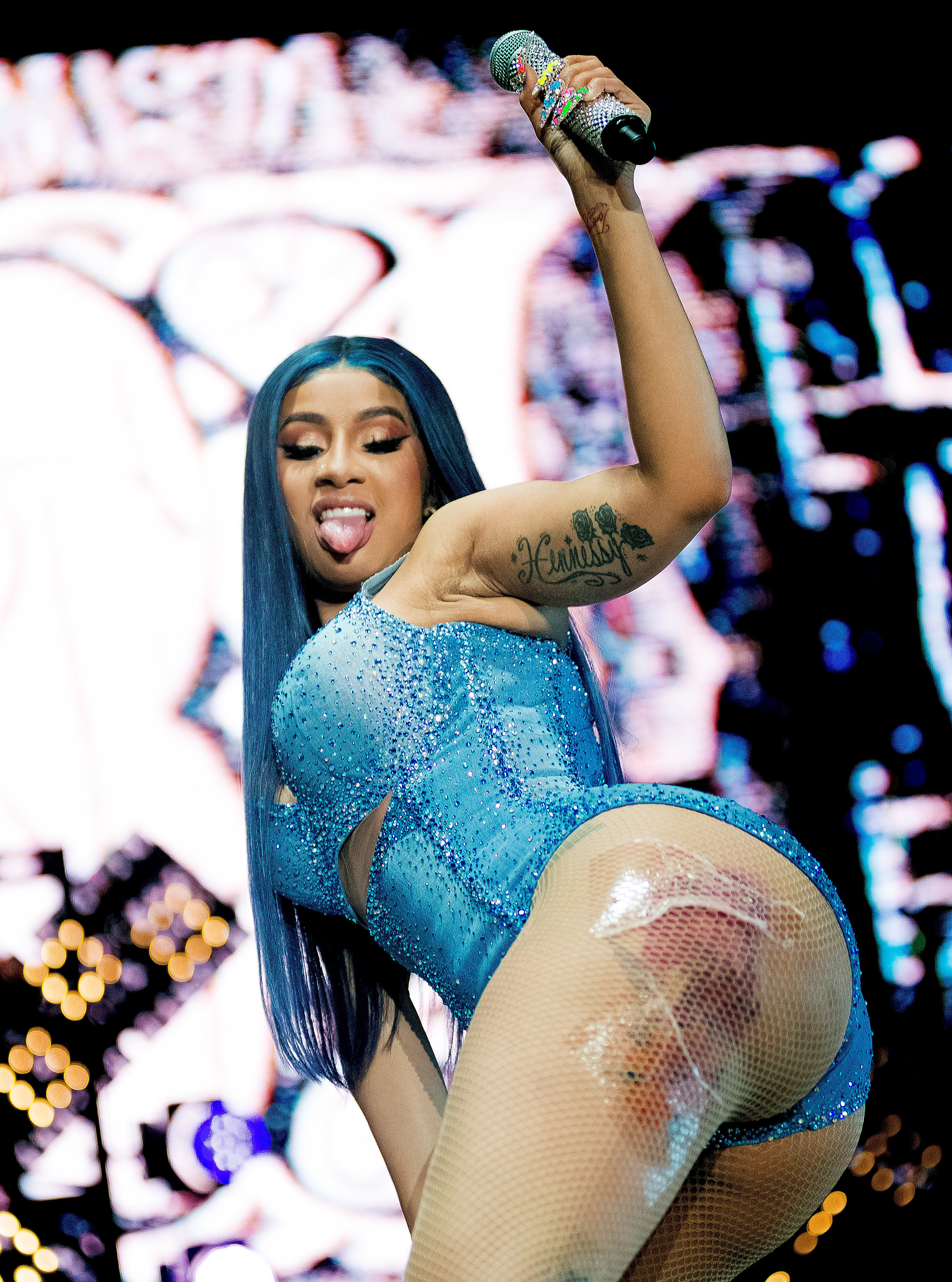 Any idea what it could be? Credit: PA

Her husband, Offset, also revealed another new tattoo which was done in his honour via his Instagram account. Cardi has his stage name inked on the back of her leg.

This isn’t the first time that Cardi’s bottom has made the news. Recently, she was spotted twerking backstage at the BET awards with Stefflon Don.

This is one of the most recent performances she’s had since she had to cancel part of her tour due to complications with cosmetic surgery. She took to Instagram to tell the world how bad she felt about letting her bank account down: “You know, I hate cancelling shows because I love money.

“I’m a money addict, and I get paid a lot of money, a lot of money for these shows … like I’m cancelling millions of dollars in shows.

“But like, health is wealth, so I have to do what I have to do. My breasts gotta f***ing heal, and it is what it is.”

We’re not sure what the bum tattoo actually is at the moment, but it definitely won’t be a tribute to Nicki Minaj.