The final series of Game of Thrones has come in for its fair share of criticism, but new footage released from a script read-through shows it’s not just fans who were unhappy.

By now, fans of the hit show will almost certainly be up to date – but if you’re not, here’s your chance to stop reading: SPOILERS LIE AHEAD.

There you go, you were warned.

A short clip from a table reading between the actors is doing the rounds on social media which captures the moment Conleth Hill’s character, Lord Varys, is burnt alive by Daenerys Targaryen’s dragon after conspiring to dethrone her.

After being told his character has been sentenced to death, the 54-year-old closes his script and puts it in the middle of the table, before slumping back in his chair.

Now, of course it’s impossible to know what is going on in the actor’s head, but fans are claiming the 54-year-old is throwing his toys out of the pram.

The brief clip was posted on Twitter with the caption: “Conleth Hill closing the script before finishing reading and putting it in the middle of the table with ‘i don’t need your garbage’ face is the mood of the whole season.”

Fans think the clips shows how disappointed Hill is with the series. Credit: HBO

Commenting on the video, one fan said: “He had like 5 lines all season why would he need a script for that I’m sure he was less than pleased. His inner monologue is probably I shaved my head for THIS!”

A second disappointed fan put: “Heartbreaking. Conleth Hill brought to life a calm, quiet, dignified character in a show full of boisterous, aggressive, showy personalities, and that is how they ended it for him.”

While another added: “They were going through his death scene, so he didn’t that garbage script anymore lol.”

But not everyone is convinced, with some claiming fans are looking for something that’s not there.

One doubter said: “This is a man emotional for his character’s death. This take is what is not needed.” 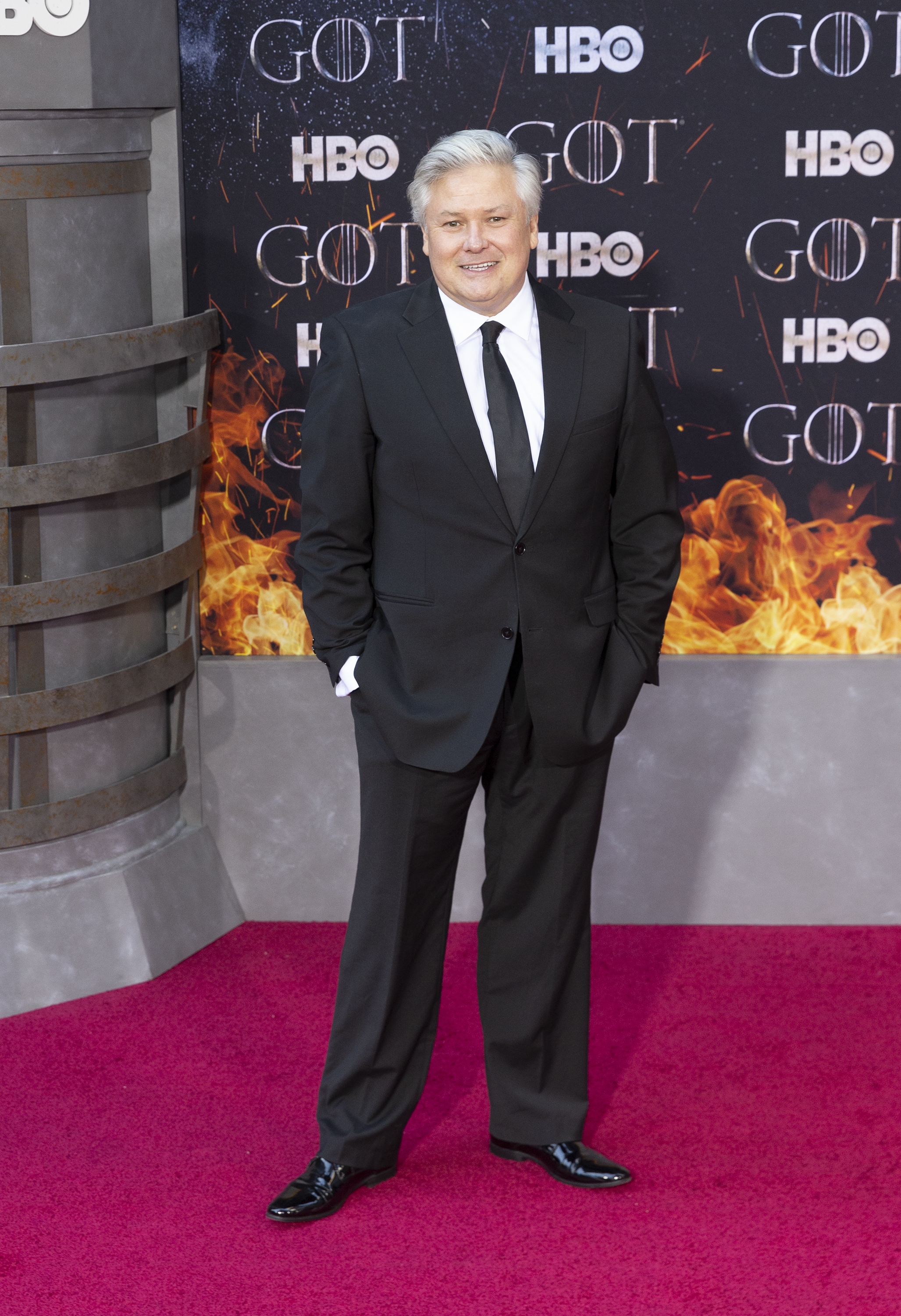 The actor has spoken out in the past about his ‘frustration’ with how the series ended. Credit: HBO

Make of the video what you will but Hill has been fairly vocal in his disappointment with the way the past couple of seasons of the show have gone for his character.

Opening up about his feelings towards being killed off in the final series, he said: “I took it very personally.

“I took it as a person, not as an actor or an artist. I understood the reactions of previous actors who had been in the same position a lot more than I did at the time. You can’t help feeling that you failed in some way, that you haven’t lived up to some expectation that you didn’t know about.

“That’s been my feeling the last couple seasons, that my character became more peripheral, that they concentrated on others more. That’s fine. It’s the nature of a multi-character show.”

He added: “It was kind of frustrating. As a whole it’s been overwhelmingly positive and brilliant but I suppose the last couple seasons weren’t my favourite. It just felt like after season six, I kind of dropped off the edge.”

What do you think? Are fans misreading this? Let us know at Game of Thrones: Westeros Posting on Facebook.

Tags: Game Of Thrones, Interesting, Tv and film, Us entertainment