A video showing a crocodile swimming in a flooded Indian street before approaching a dog and trying to take a bite has been shared online.

The clip, which was reportedly filmed in of Vadodara, Gujarat, shows people climbing up electricity and telephone poles to avoid the floods, while a couple of dogs loiter underneath.

As the person continues filming, a crocodile can be seen approaching the area, which has been battered by heavy rain in the past few days.

Local media have reported that several people have seen crocs taking to the flooded streets in recent days, with videos appearing online.

In this footage, the small reptile can be seen heading towards the dogs before going in for a bite of one of them. The shocked dog lurches forward and doesn’t appear to be badly harmed. 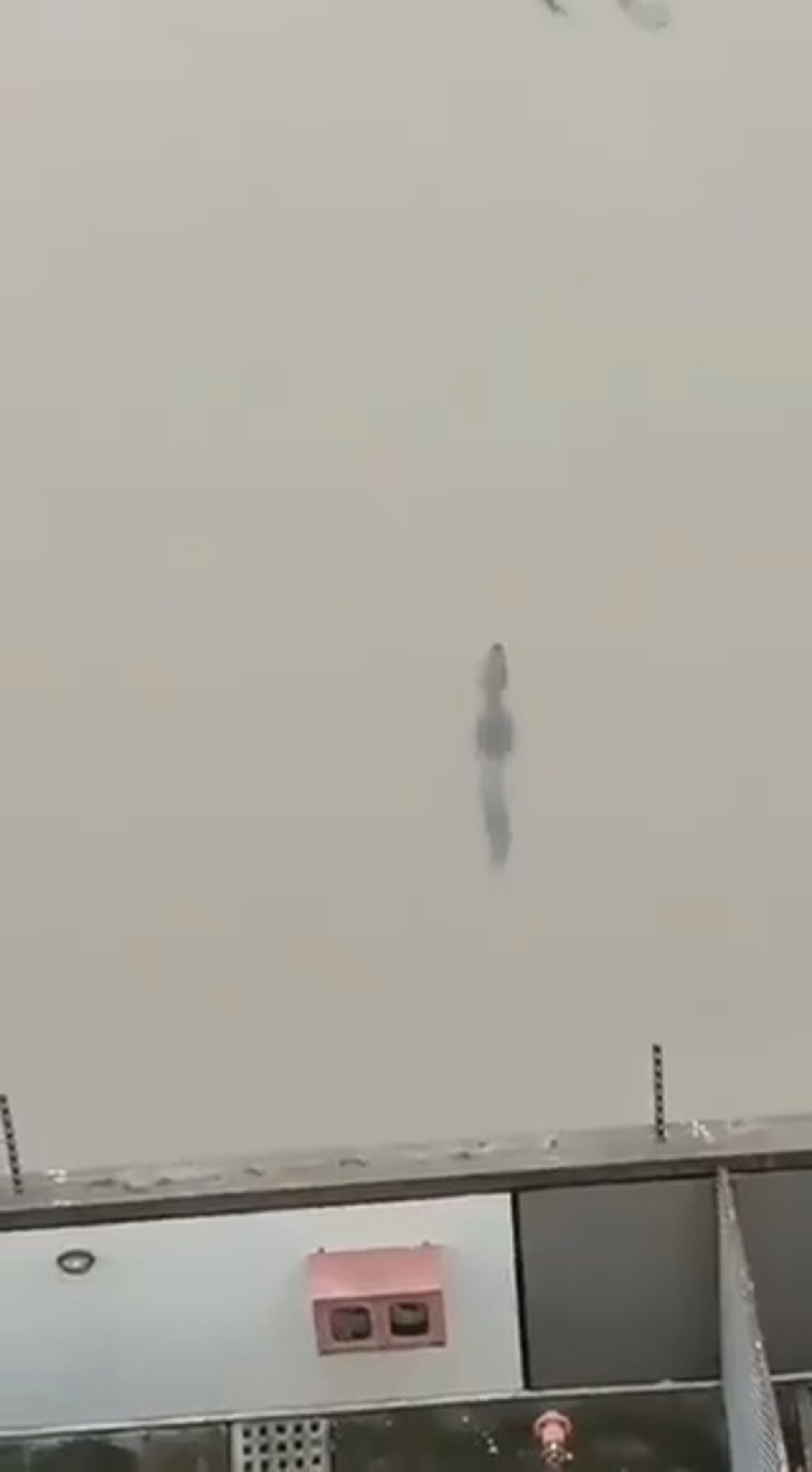 Crocodiles have been seen in flood-hit streets in India. Credit: AsiaWire

Sharing the clip online, a resident wrote: “The video shows a waterlogged street and two stray dogs trying to escape a crocodile that was casually wading through the water, trying to sneak up on the dogs.”

The video then cuts to a bunch of men lifting a crocodile out of the water with its jaws bound to stop it snapping.

According to Indian news outlet NDTV, the crocodile was later captured by the Wildlife Rescue Trust. Founder Arvind Pawar said he believes the reptile may have entered the city’s streets after a nearby pool connected to the Vishwamitri River overflowed.

In a second clip uploaded to Twitter, a croc can been seen walking through an area reported to be Akota in Vadodara.

Sharing the clip, the resident captioned: “Claims of this from Akota. What makes floods in #Baroda scarier than anywhere else.”

India’s Meteorological Department said that heavy rainfall is expected to continue in the state of Gujarat today.

Others have responded to say how terrifying the situation is, which is pretty understandable given there are crocodiles all over the place, attacking dogs and whatnot. 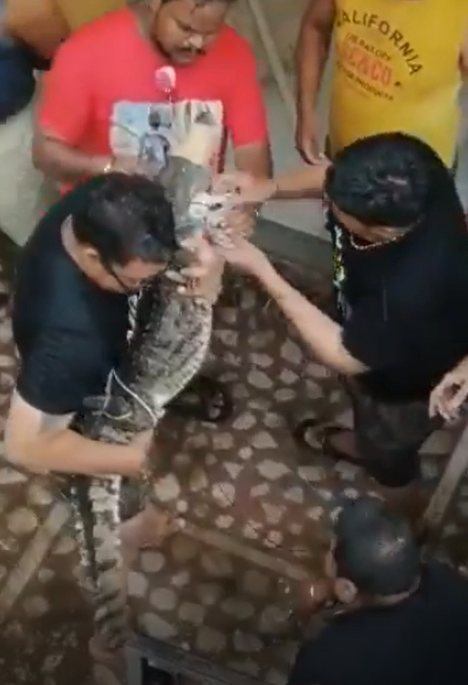 The crocodile was later removed by the Wildlife Rescue Trust. Credit: AsiaWire

As well as prompting a crocodile influx, the rainfall has caused all manner of disruption to the city with schools and colleges closing and a whopping 22 train routes being completely cancelled.

An estimated 5,000 have been evacuated from their homes as the rain shows no signs of stopping

The Vadodara Airport is also reportedly heavily waterlogged, meaning some flights have been diverted to the nearby the Sardar Vallabhbhai Patel International Airport in Ahmedabad.