Home
News
Doctors Removed A Whopping 1.6kg Of Jewellery, Money And A Watch From Woman’s Stomach

Doctors Removed A Whopping 1.6kg Of Jewellery, Money And A Watch From Woman’s Stomach

WARNING: GRAPHIC CONTENT – DO NOT WATCH WHILE EATING YOUR DINNER

Baffled doctors had to operate to remove this whopping 1.6kg hoard of golden metal jewellery, trinkets, money and a watch from a woman’s stomach.

The 22-year-old patient had suffered abdominal pain and been sick after every meal for a week before she was admitted to hospital.

Sonography and x-ray tests revealed metal in her stomach – so surgeons at Rampurhat Government Medical College and Hospital, in India, operated to remove it. 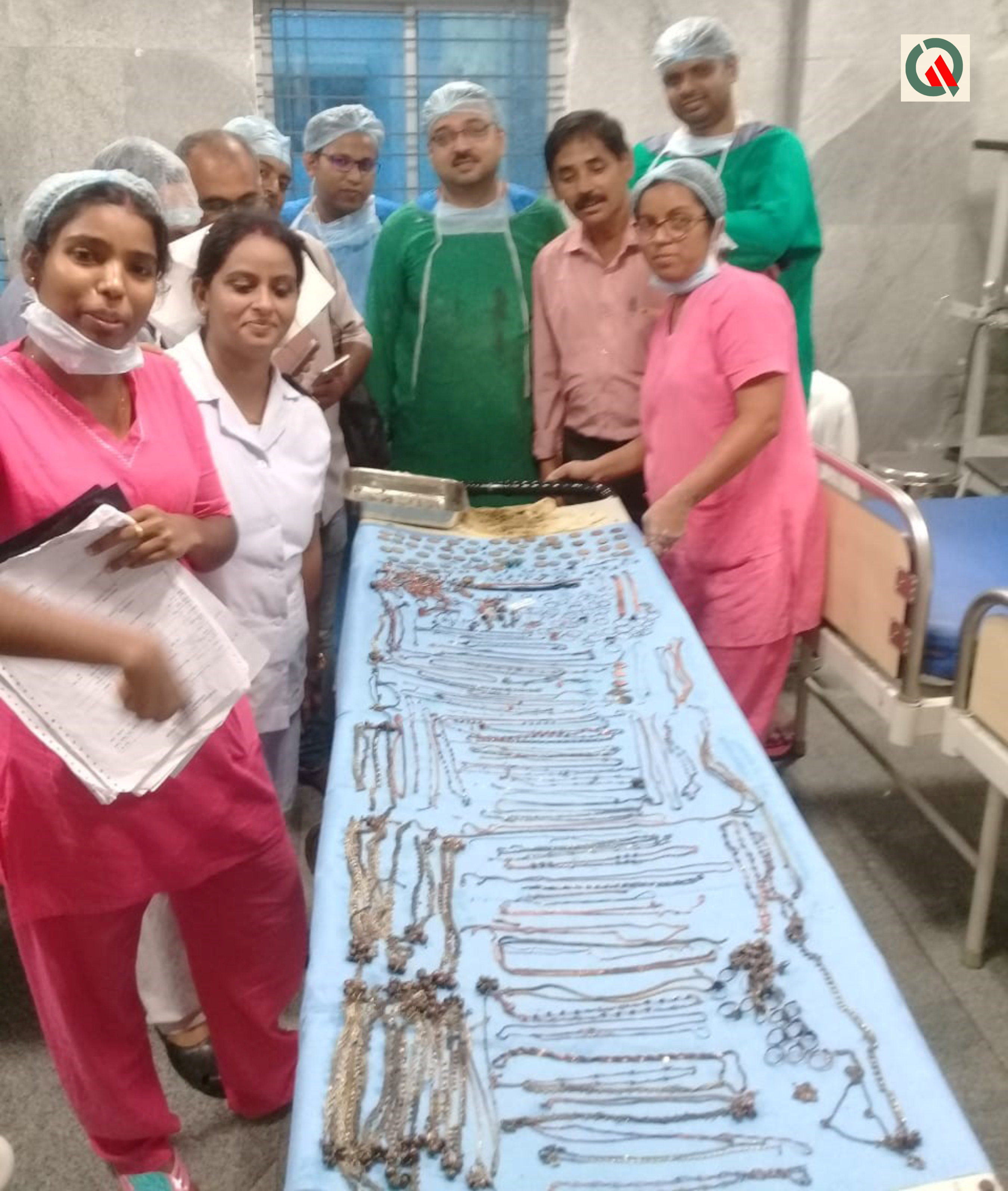 The contents of the woman’s stomach. Credit: SWNS

Dr Siddhartha Biswas, head of the surgery department who led the operation, said the woman had ingested gold, copper and brass items.

It is believed the woman, who is undergoing psychiatric treatment, may have taken the items from her brother’s costume jewellery shop. 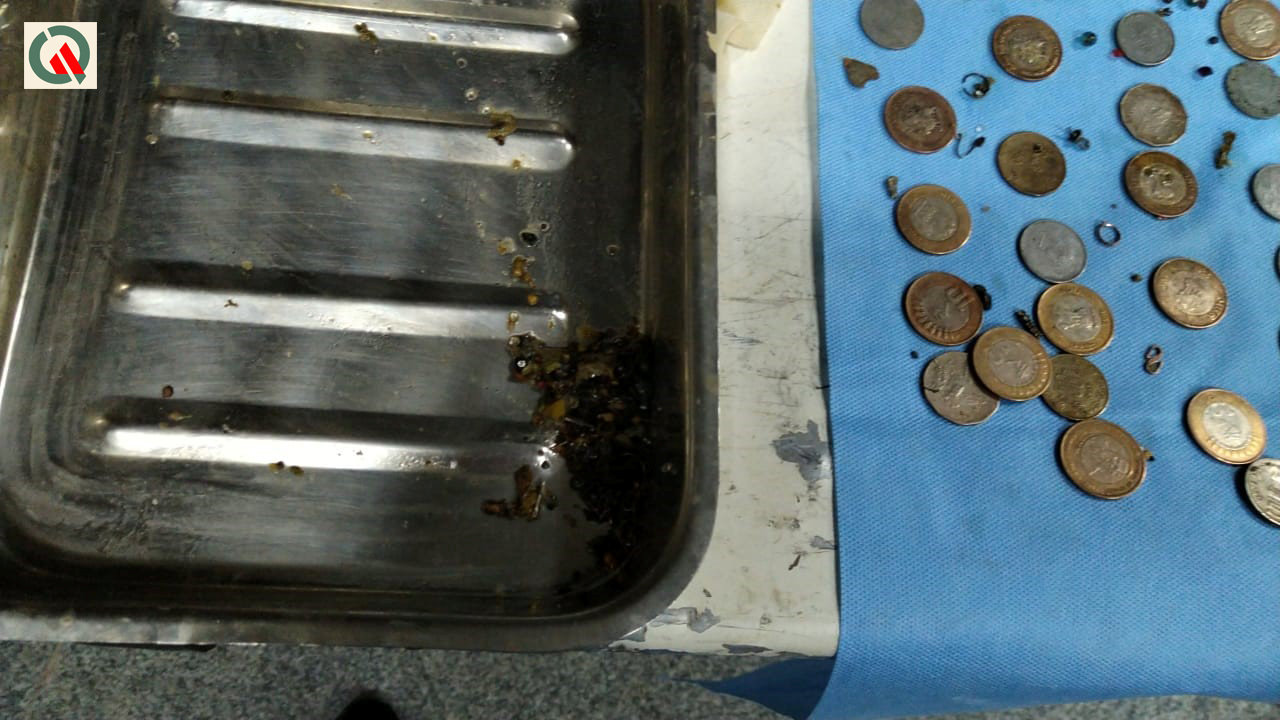 90 coins were removed from the woman’s stomach. Credit: SWNS

Her family said: “We noticed that the ornaments were disappearing. But whenever we questioned her, she started crying and revealed nothing.”

The woman’s mother added: “Despite keeping an eye on her, she somehow managed to swallow all these objects. She was not well for the past two months.

“Before admitting her at the Rampurhat Government Hospital, we had taken her to various private doctors and she was on medication without any result.”

Dr Biswas confirmed the patient, from Margram in West Bengal, India, is stable, and she will soon be discharged. 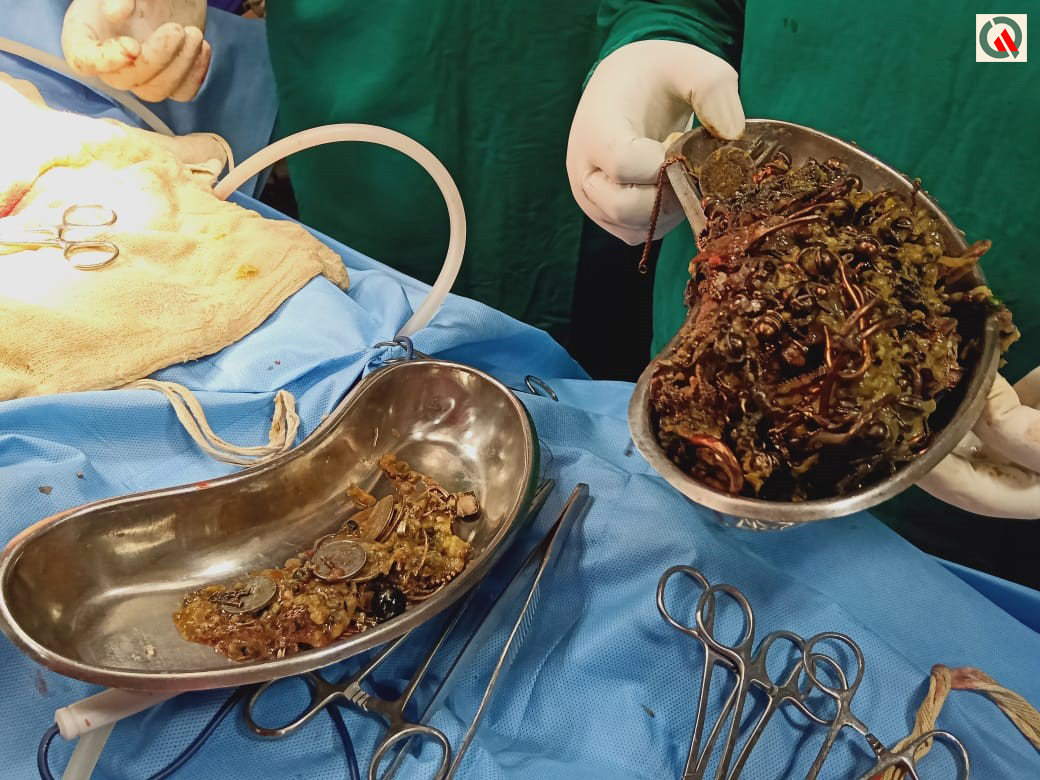 The operation went on for 75 minutes. Credit: SWNS

In a similar case that took place last month, surgeons removed 80 objects from a man’s stomach including coins, nail cutters, keys, a knife and even glass, after he came in complaining of stomach ache and chronic sickness.

After carrying out a CT scan and an X-ray on the 24-year-old man, surgeons at Rabindranath Tagore Hospital in Udaipur, India, carried out the operation.

Speaking about the bizarre incident, Dr D K Sharma, head of surgery at the hospital, said the objects were rusted and must have been inside the man for ‘some time’. 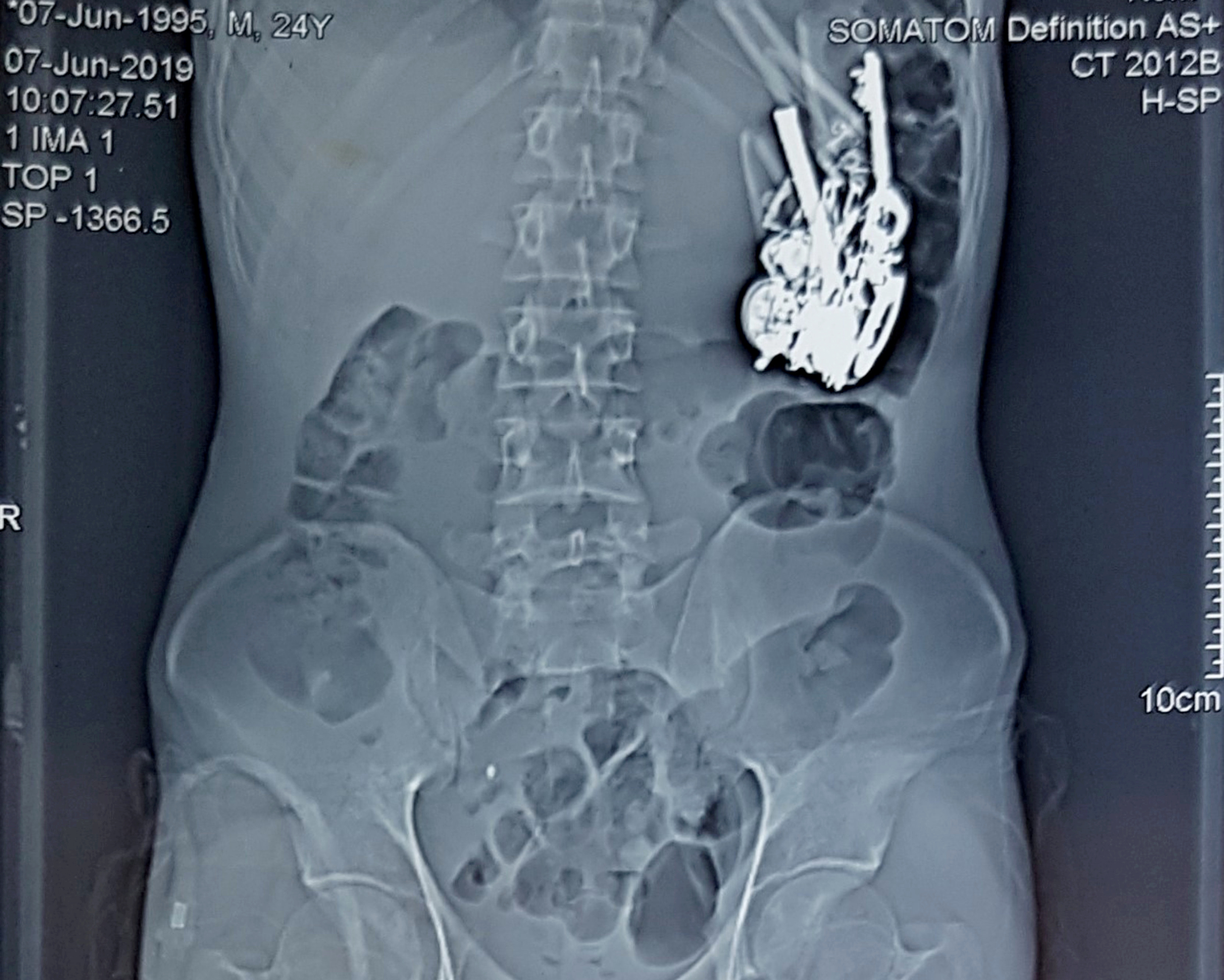 The man was admitted to hospital after complaining of stomach pains. Credit: SWNS

The specialist said: “We investigated him by doing an upper endoscopy, CT scan and x-ray of his abdomen and intestinal area, and noticed foreign objects in his abdomen and colon.