Chances are you’ve heard someone say a few times today ‘I’m boiling’ or ‘how f**king hot is it?’ Or my personal favourite: ‘what temperature does it have to be before you can leave the office?’ *Googles ‘illegal working temperature‘*.

Anyway, in this heat you certainly wouldn’t consider heading out onto the pavement barefoot – first of all, it’s not socially acceptable and, secondly, it’s too damn warm.

So, why are people taking their dogs out for walks in this heat? Well, presumably because they don’t realise the damage that can be done. And that’s where Blue Cross come in awfully handy, because they’ve issued a warning telling dog owner’s to perform a ‘pavement test’ before walking their pet. 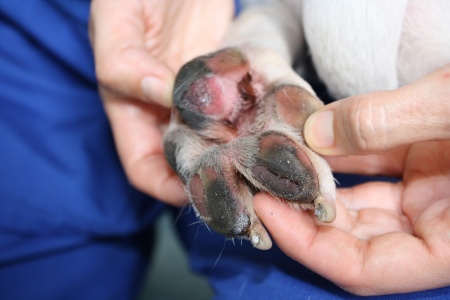 This comes after Buster the Boxer sustained burns to his paw pads following a walk in the summer sun.

Buster was taken to Blue Cross’s Hammersmith animal hospital where he was checked out and treated for the burns.

Now, Tracey Parnell, Blue Cross Veterinary Nurse, said: “In this hot weather, dogs should only be walked first thing in the morning and last thing at night.

“A simple test is to take your own shoes off and stand on the path. If you are unable to keep your feet on the path for five seconds, then it is not safe to walk your dog.

“Buster’s owner was unaware about walking dogs on hot paths and is keen to let other dog owners know the dangers.”

Buster had to wear special boots to help soothe his paws, but is now expected to make a full recovery. 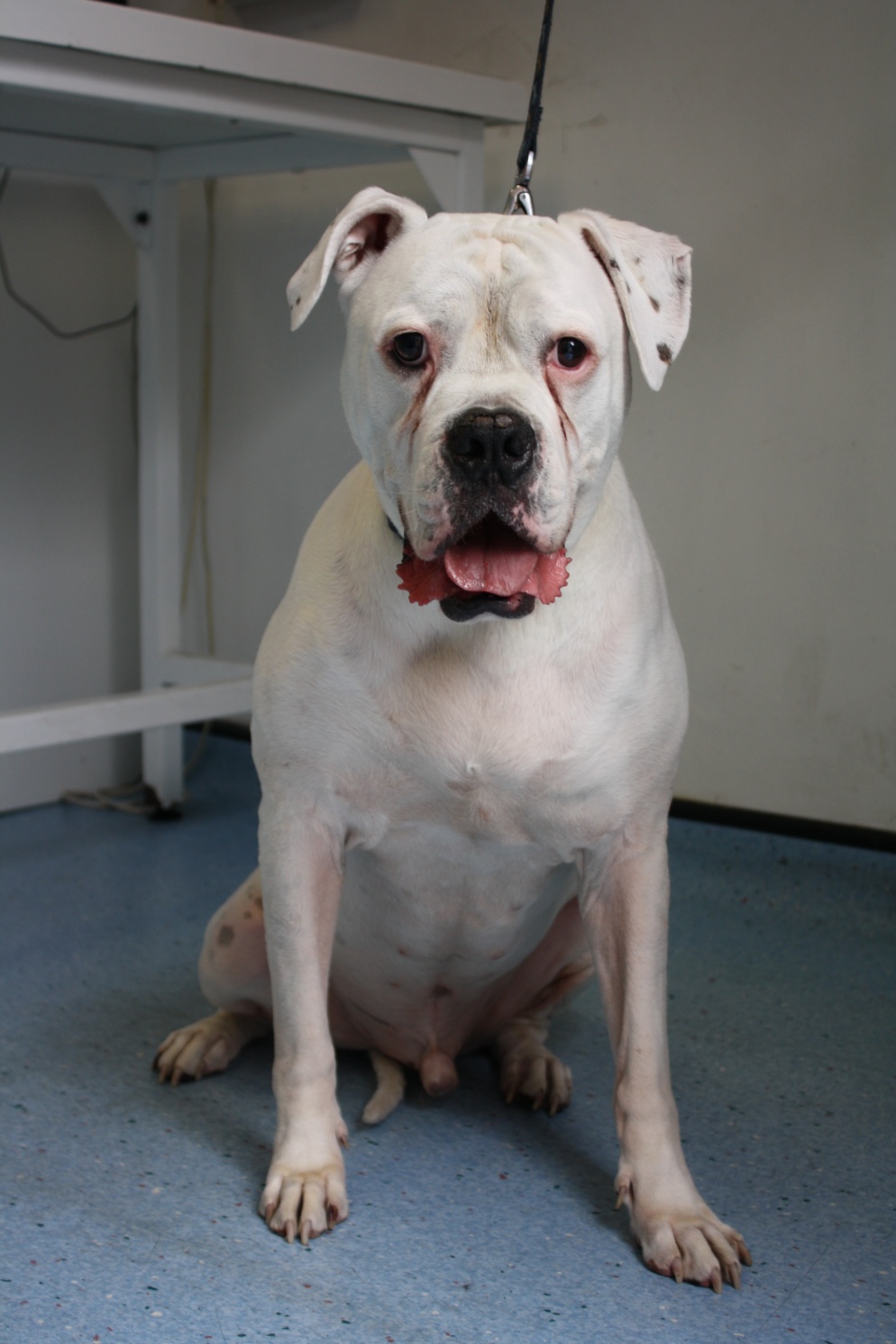 As well as doing the pavement temperature test, Blue Cross also recommends exercising dogs on grass and sticking to walking pets in the mornings and evenings when it is cooler.

Walking dogs during the day in the current record-breaking temperatures can lead to heatstroke, which can be fatal.

Days ago, an American Bulldog called Finlay almost died of heatstroke while he was out with his owner.

The one-year-old, who was born with three legs, became overheated when owner Shona McLaren took him for a stroll around a local park in Glasgow.

Finlay almost died after going for a walk with his owner. Credit: PA

Looking back at the incident, Shona said she quickly started to worry that something wasn’t right. She said: “I always bring water for Finlay to drink and keep his walks short.

“On this occasion, some children starting playing with him and he ran around for a few minutes. I saw him panting and was concerned that he might be getting too hot, so decided to take him home to cool down.”

Once home, Finlay’s breathing became more laboured before he collapsed. He was rushed to Glasgow East PDSA Pet Hospital where he was hosed down with cool water, put on a drip and underwent oxygen therapy. He has since made a full recovery.