Incredible drone footage has emerged that shows gigantic hammerhead sharks hunting down smaller – but by no means small – blacktip sharks in Florida.

The footage was uploaded to YouTube by extreme angler Joshua Jorgensen on his page, BlacktipH.

In the video, you can see hammerhead sharks chasing blacktips that are making their annual migration to the shallow seas around the US state of Florida.

In the description for the video, it says: “Every year massive hammerhead sharks migrate to the beaches of Florida to hunt and eat 6ft blacktip sharks.

“The average size of these blacktip sharks is 6ft and around 80lbs. The hammerhead sharks are much larger, measuring over 14ft in length and weighing more than 1000lbs.

“This year I filmed some incredible drone footage of hammerhead sharks hunting and eating blacktip sharks!” 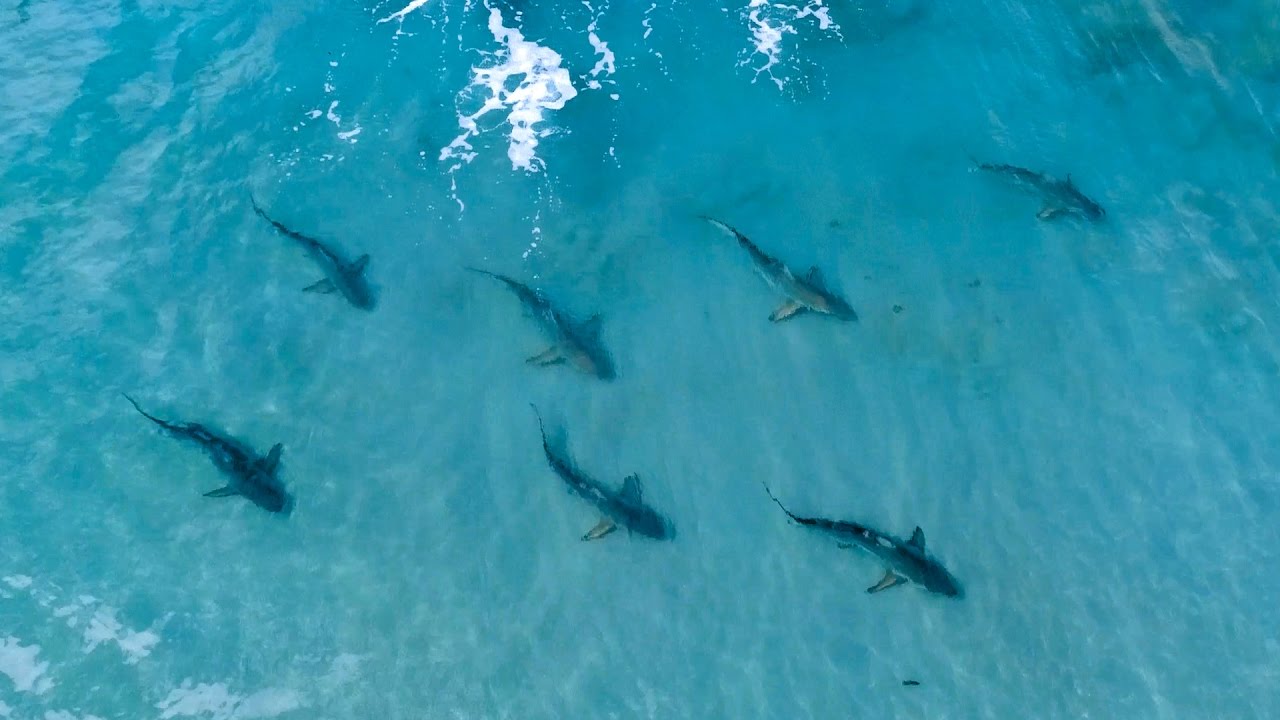 The exhilarating footage shows in detail not only how large, but also how fast and agile sharks can be.

Even when they’re hunting other sharks, too.

Jorgensen, who explains at the end of the video that his drone was completely flat out for much of the filming, is described on his YouTube page as ‘an extreme angler’ with ‘an adrenaline seeking appetite for monster fish’.

The description continues: “Whether it’s catching monster fish from the beach, from a kayak or from a boat, Josh pushes the limits of big game fishing.”

It certainly seems as if he does. It’s incredible to see how the hammerheads successfully manage to make six-foot-long blacktip sharks look like minnows.

They’d certainly take a decent chunk out of you if they took a fancy to the idea.

That being said, they’re unlikely to take a bite out of a human. While they’ve been known to be curious of humans, and attacks have even been recorded, they’re not very common.

Most sharks will keep a safe distance from humans, given half a chance.

Blacktips are registered as a game fish by the International Game Fish Association – which perhaps explains Jorgensen’s fascination with them – and as such are popular quarry for sport anglers and fishermen in the Florida area.

That said, their low reproductive rate leaves them vulnerable to overfishing and they are currently rated as ‘Near Threatened’ by the International Union for the Conservation of Nature.

Well, of one thing we can be certain: they’re vulnerable to attacks from gigantic hammerhead sharks.

You wouldn’t fancy hooking one of those if you were a sport fisherman, either.