Ed Sheeran’s No.6 Collaborations With Eminem & 50 Cent Set To Hit #1

Ed Sheeran fans around the globe will be rushing to their latest record store (or digital streaming site) to get their hands on his new album, No.6 Collaborations Project. The Official Charts Company have confirmed that sales have got off to a very strong start and the singer-song writer’s duets collection is charging towards the Official Albums Chart top spot.

Taking in sales and streams between Friday – Sunday, the record has so far notched up 64,000 chart sales, driven by 32,000 physical sales, 14,000 album downloads and 23.1 million track streams. The album is currently outperforming the rest of the Top 40 combined. 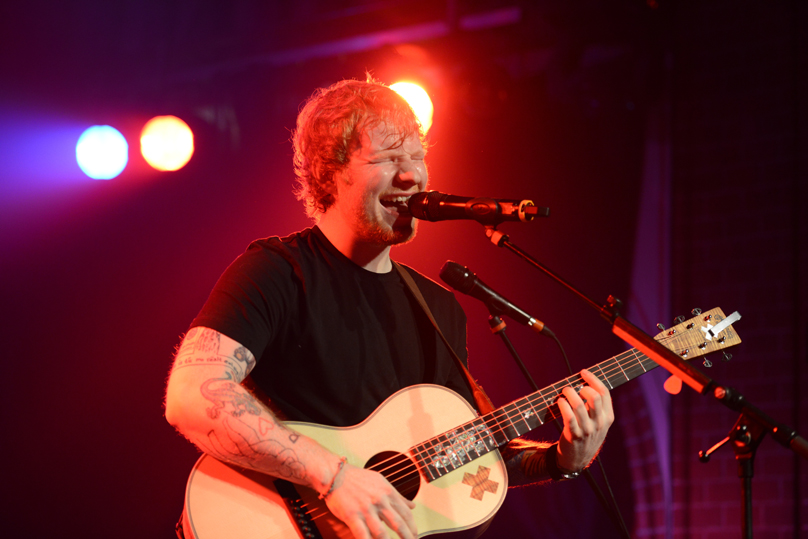 On Sunday’s first Official Chart: First Look (July 14), it was announced that three songs from the album are on course to finish in this week’s Official Singles Chart Top 5: Beautiful People ft. Khalid lifts from 3 to 1, Remember The Name ft. Eminem & 50 Cent is new at 3 and Take Me Back To London ft. Stormzy opens at 4.

Meanwhile, Lewis Capaldi’s Divinely Uninspired To A Hellish Extent slips to Number 2, and Kylie Minogue’s best of Step Back in Time drops a place to Number 3.

Elsewhere in the in the Top 10, the A Star Is Born cast recording is set for a boost back up the chart after launching on Sky Cinema over the weekend, currently up 20 places to Number 5, and New Order’s live album No,12k,Lg,17Mif New Order + Liam Gillick: So It Goes… starts at Number 10.

Pop up stores have just been added in the US today for #no6collaborationsproject. Swipe left to see the locations for all the stores around the world. All info at edsheeran.com/popups

Track ‘Remember The Name’ features 50 Cent and Eminem with the latter being worth around $210million (£167million) which makes him one of the most profitable rappers ever.