Binman, financial consultant, owl keeper – all professions where getting an unwanted boner isn’t a major concern.

However, while actors may be perceived to live a lavish lifestyle, they do often have to face the challenge of not standing to attention while filming a sex scene.

This is a challenge that one star from The Inbetweeners did not rise to – or did rise to – according to Emily Atack. 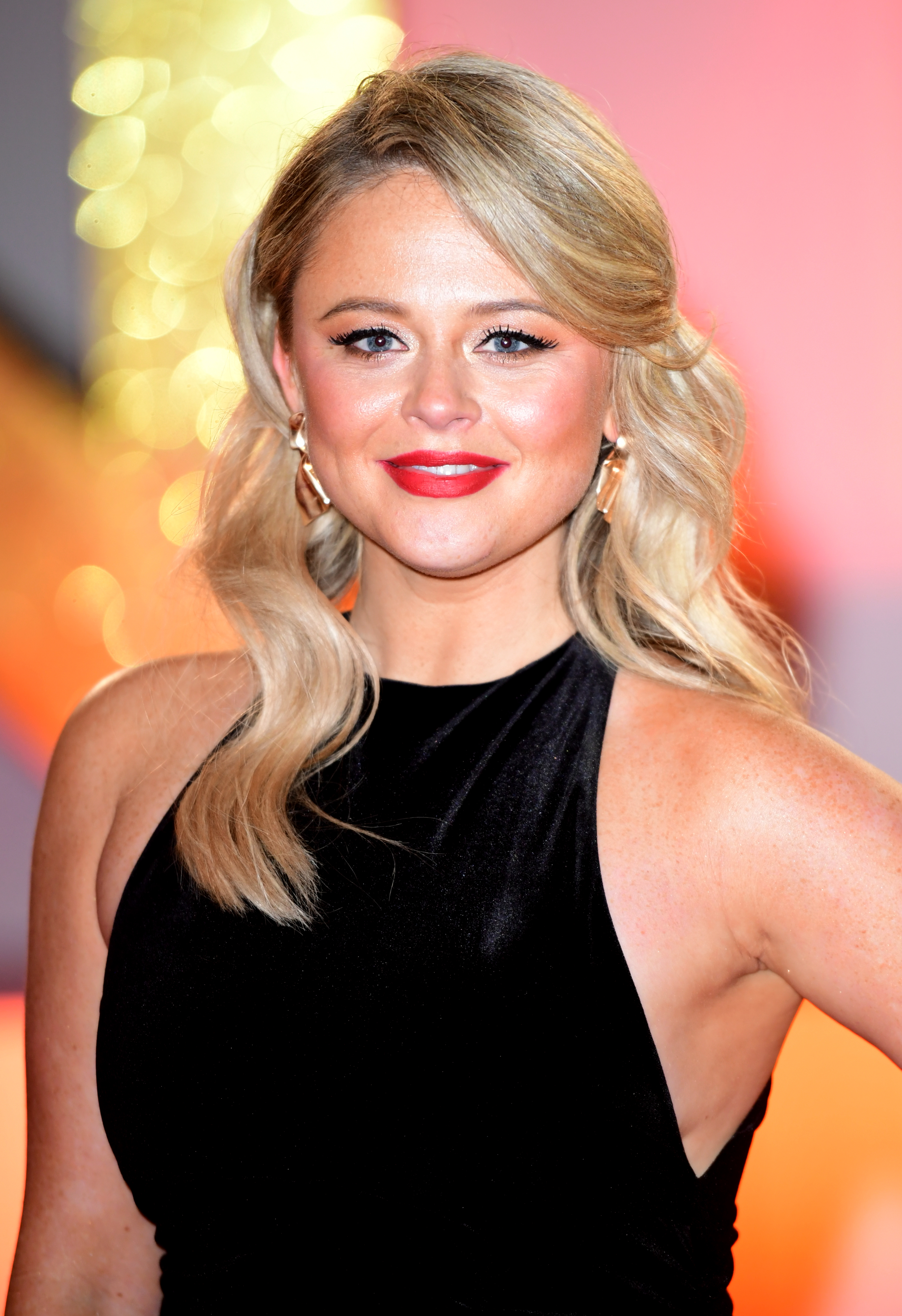 Emily Atack says a star on The Inbetweeners got an erection during a sex scene with her. Credit: PA

The 29-year-old – who finished second in last year’s I’m A Celebrity… Get Me Out Of Here! – spilled the beans while appearing on Shopping with Keith Lemon.

When asked about whether she likes filming sex scenes, Atack – who played Will McKenzie’s (Simon Bird) love interest Charlotte on the show – said: “I don’t mind doing scenes like that at all, you just get to lie in bed all day with a nice boy, it’s great.”

Lemon then asked what happens if an actor gets a little excited, and she replied: “Well do you know what they say, the men, when you’re about to do a sex scene, they go, ‘look, I’m sorry if it happens and I’m sorry if it doesn’t’.

“Because they also don’t want you to be offended if it doesn’t happen, because I would be fucking livid.”

But it seems Atack had no cause to be livid on the set of The Inbetweeners, as when asked if a co-star ever got a bonk on during a scene with her, she replied: “Yeah.” 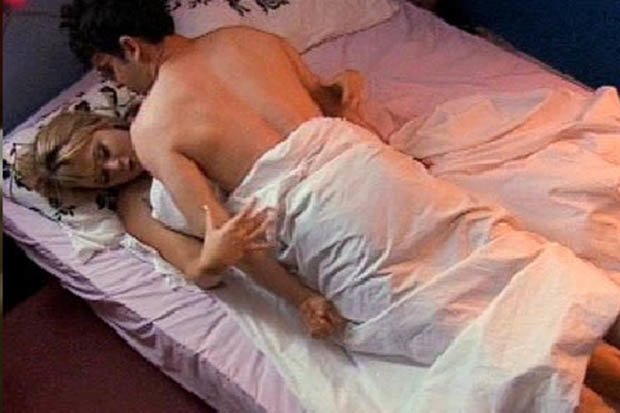 Atack didn’t reveal who it was who inadvertently pitched a tent, but I think we could all hazard a decent guess.

But while fellow cast members may have previously been very friendly towards her, Atack has been subjected to abuse from trolls on social media. However, the actor said the love she receives from her fans helps her overlook such trolling.

Speaking to Digital Spy, she said: “I am so lucky in that I have the most incredible followers and support network. 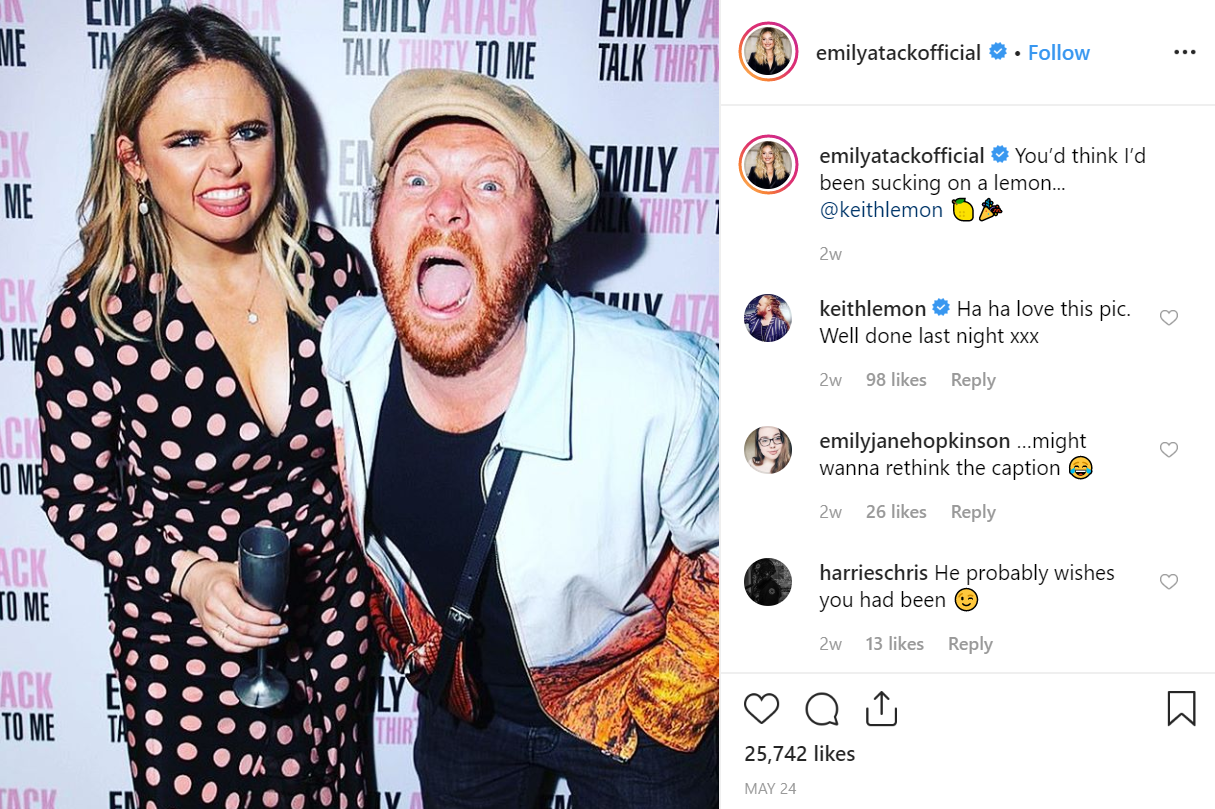 Atack made the revelation while appearing on Shopping with Keith Lemon. Credit: Instagram/Emily Atack

“I have amazing, amazing fans who are just lovely. I get one horrible comment very rarely and I wouldn’t say I’m a victim of awful, constant trolling like a lot of people are in the industry.

“I’m very lucky and it’s 95% positive so I don’t allow those rare negatives ones to get me down.”

One person Atack can definitely rely on for back up is former I’m A Celebrity… Get Me Out Of Here! co-star, Anne Hegerty, who responded to one of Atack’s trolls in March by calling him a ‘sad c***’.