Remember at school, college or uni when one of your fellow peers would absolutely wipe the floor with you when it came to their ingenious levels of creativity? It was almost that good, you had to just take your hat off to them and let them have it.

Well, this English and creative writing student has done just that when he was awarded a first class honours degree after rapping his entire 10,000-word dissertation.

Nicholas Uzoka, 22, produced his dissertation in the form of a 21-track album, containing nine rap tracks and 12 poetry skits under his performing name Zoka the Author. 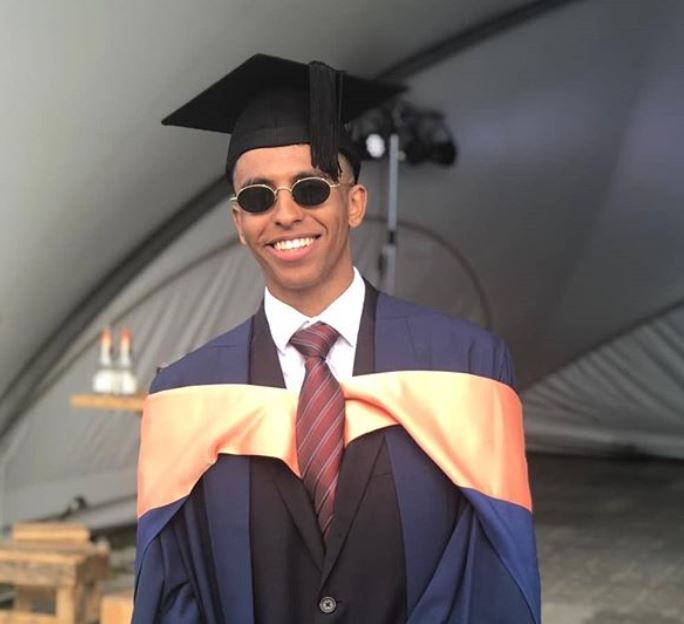 The thesis, titled ‘The First Stone: An Oratorio’, was an exploration of Nicholas’s relationship with God through the metaphor of relationships with women.

Nicholas says he ‘chose to combine the classical oratorio format with hip-hop genre to emphasise the tension between societies classical ideas of God and religion with modern way of life’.

He said: “Instead of choosing to write my dissertation, I chose to rap it. I am a rapper, that’s my best form of artistic expression and the uni was kind enough to allow me to accommodate my particular style of poetry into their course.”

His music is available on Spotify and iTunes, where listeners are also able to hear his dissertation, which he wrote while studying at the University of East Anglia.

Here’s my submission to #theheatcontest for domwitdaheats competition on instagram. Thought I’d upload it here too. Let me know what you guys think! pic.twitter.com/1Akgzdmkg7
– Zoka (@Zoka_The_Author) June 30, 2019

“I ain’t black or white or grey, there’s more colours that I am filled with, can’t be painted with precision and I like it like that.

“When I fail, I fail up, paint my pain and paint my pleasure. I am a work of art in progress and I like it like that.

“Yeah I am on my way to heaven, found the essence of myself. When I slip and fall in hell sometimes, I’ll bring the light back, light yay.” 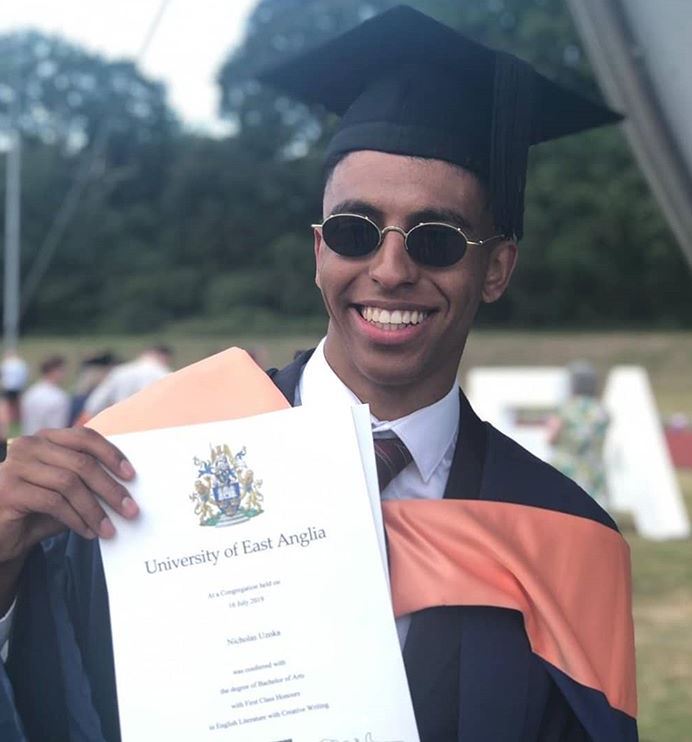 Nicholas says that his university was kind enough to allow him to rap his dissertation. Credit: Instagram/zoka_the_author

The musician said rapping his dissertation allowed him the opportunity to express himself in his favoured form of artistic expression, as his life is all about music.

Nicholas said he views rap as an art form which derives from poetry, and said it was a suitable medium for his dissertation as he wanted to fully integrate his passion, and hopefully future career, into his degree.

He said his plan now is to ‘give the music industry his absolute all to see how far I can go’.

In an Instagram post, Nicholas thanked UEA for being a place that has allowed him to grow and mature, ‘both personally and as an artist’.

Nicholas said that his module leader was super enthusiastic about the creative idea, and he thanked his supervisor Dr Sandy Pool ‘for pushing me to extend my ideas further than I ever could imagine’.