Commercial whaling in Japan has returned after the country lifted its 31-year-long ban.

Five fishing boats were seen leaving a port in Kushiro in northern Japan and by the afternoon, with the first whale being been killed and brought back.

The bloodied body of a Minke whale could be seen being unloaded by fishermen when the boat returned. Whaling vessels could also be seeing leaving other ports in the country to bring back the huge mammals. 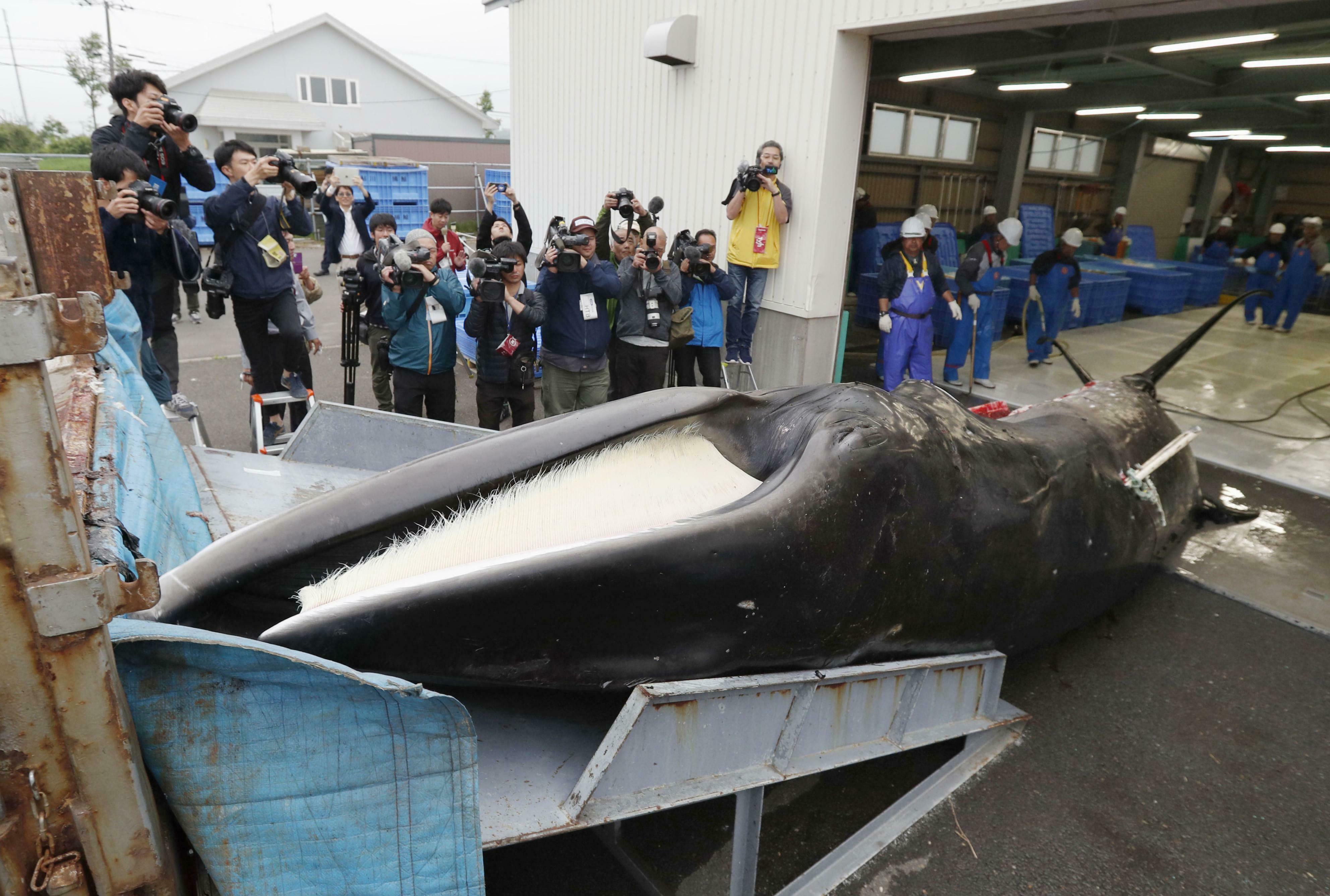 Commercial whaling has been reinstated in Japan. Credit: PA

The country’s Fisheries Agency total catch was capped at of 227 whales through the season until late December, this is to include 52 Minke, 150 Bryde’s and 25 sei whales.

Speaking to AFP, 23-year-old Hideki Abe, a whaler from the Miyagi region, said: “I’m a bit nervous but happy that we can start whaling.

“I don’t think young people know how to cook and eat whale meat any more. I want more people try to taste it at least once.”

Consumption of whale meat has declined dramatically in the last 30 years, prompting anti-whaling activists and animal rights campaigners to slam the decision to resume commercial whaling.

“They have stopped whaling in the Southern Ocean but the illegal whaling they have been doing in the North Western Pacific has been continuous since 1987.

“This means that Japan is now openly declaring their illegal whaling activities. With this announcement Japan has declared themselves as a pirate whaling nation. This will make Sea Shepherd’s objective of shutting down these poachers much easier.” 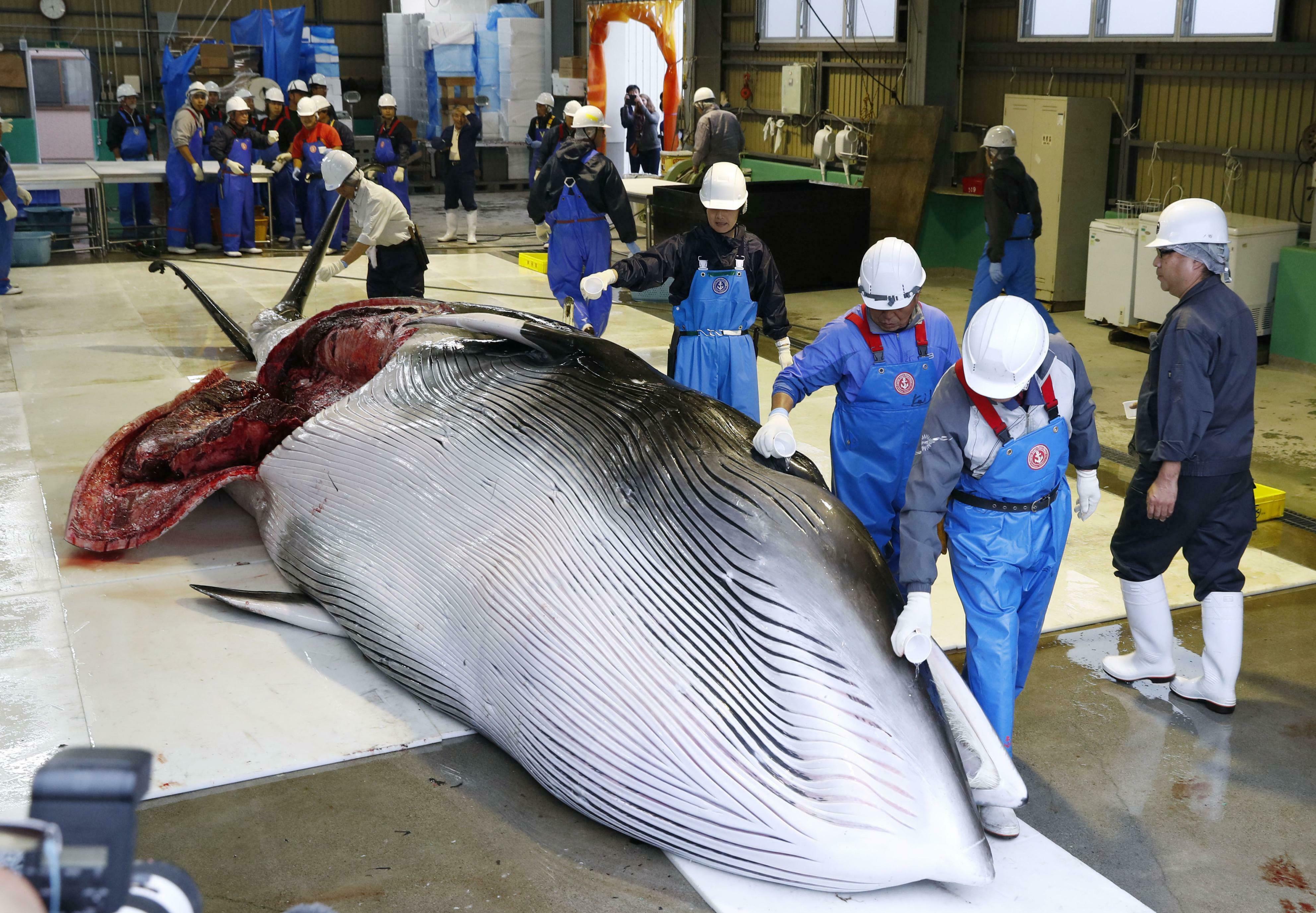 When quizzed about why he reckons Japan took the decision, he said: “Number one: Not getting their way within the IWC. Number two: The huge subsidies given to the whaling industry for three decades have not allowed whaling to recover as a viable industry.

“Number three: Sea Shepherd campaigns increased operational costs by about $30 million each year and reduced the catch each year down to 30 per cent and in 2013 down to 10 per cent.

“Number four: The need to replace the ageing Nisshin Maru, the factory ship. The replacement would be about $200 million dollars and saner minds in the Japanese government insist this investment is non-productive.”