Investigators are looking into the death of a man in Florida whose partially eaten body was found inside the stomach of an alligator.

An employee at Mosaic phosphate mine in Polk County, Florida, called police at about 8am on Thursday morning when he saw human remains floating in the water. He told them that he saw a large alligator with part of a body in its mouth.

According to FOX13, The Polk County Sheriff’s Office identified the victim as 45-year-old Michael Ford II who hadn’t been seen by friends or family since 23 June.

Florida Fish and Wildlife Conservation Commission trapped and killed the alligator so that they could perform a autopsy on it.

The sheriff’s office confirmed that Ford’s hand and foot were found inside the gator’s stomach.

An autopsy showed that Ford had other cuts and injuries caused by the reptile, although it did say that the apparent cause of death was drowning. The final determination is pending toxicology results.

We’re conducting a death investigation on Mosaic property just off Peeples Road, west of Fort Meade (nearest cross street – CR 630). At 7:43 a.m. we rec’d a call in ref to an adult male body found in the water & near a gator. @MyFWC is assisting. More info will be released later pic.twitter.com/R8cYwsAcLi

It’s not clear if the gator found Ford’s body after he died or before, or why the man was on the grounds in the first place.

According to the FFW, the animal was nearly 12 feet long and weighed about 450 pounds. Police seized Ford’s truck at the scene. 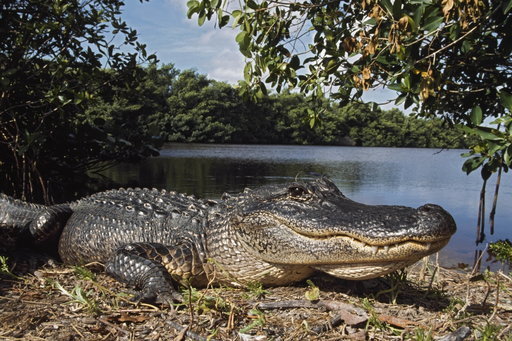 Another absolutely massive alligator – weighing more than 300kg – was recently found in a ditch in Georgia, US.

Photos of the giant gator, which measured 4m (13ft) were shared online but many people thought it was hoax, due to its mind-blowing size. But now the wildlife biologist Brent Howze has confirmed that it was definitely real and definitely bloody huge.

The alligator was found in an irrigation ditch by a local resident near Lake Blackshear in Georgia who reported it to authorities. 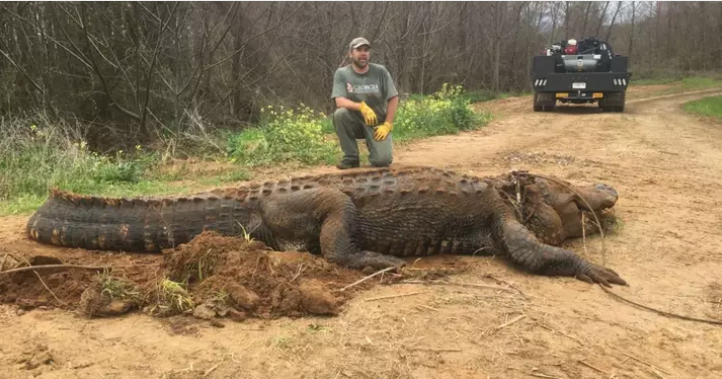 When Howze and the team arrived they were expecting to find it to be no more than 3m (10ft) in length, but when they finally got it out and measured it they found it had a chest girth of a whopping 1.5m (4’9ft) and weighed 317kg (700lbs).

Howze, who works for Georgia’s Department of Natural Resource,told the Cordele Dispatch: “Apparently a lot of people think it’s fake, but I can assure you that it is not.

“I’m the one in the picture, and you can probably tell that I didn’t get too close to it.

“It took a while to get it out of that ditch. It was bigger than we originally anticipated and we had to use heavy equipment to move it.”