Ex-Liverpool striker Daniel Sturridge has made an emotional plea for anyone to return his stolen dog, Lucci, after it was taken from his Los Angeles home. He took to Instagram to show his followers the aftermath of an alleged break-in, which occurred on Tuesday.

In the video, we can see broken glass where the thieves entered his holiday home and a clearly emotional Sturridge, who offers £30,000 ($35,350) as a reward.

Understandably struggling to keep his emotions in check, he says: “Somebody has broken into the house in LA and took my dog from the house.

“Listen, whoever knows who broke into my crib, I’ll pay you anything.

Unfortunately, his dog wasn’t the only thing that was stolen from his Californian home. Several bags were taken too.

He continues: “Something has gotta change, like how can you break into a house in LA and take someone’s dog? You’ve come into a house to take a dog. Somebody please find my dog, I’ll pay anything. I’m dead serious, I just want my dog back.”

The Instagram post was sent with the caption: “Somebody stole my dog. I’ll pay anything. I want him back.” 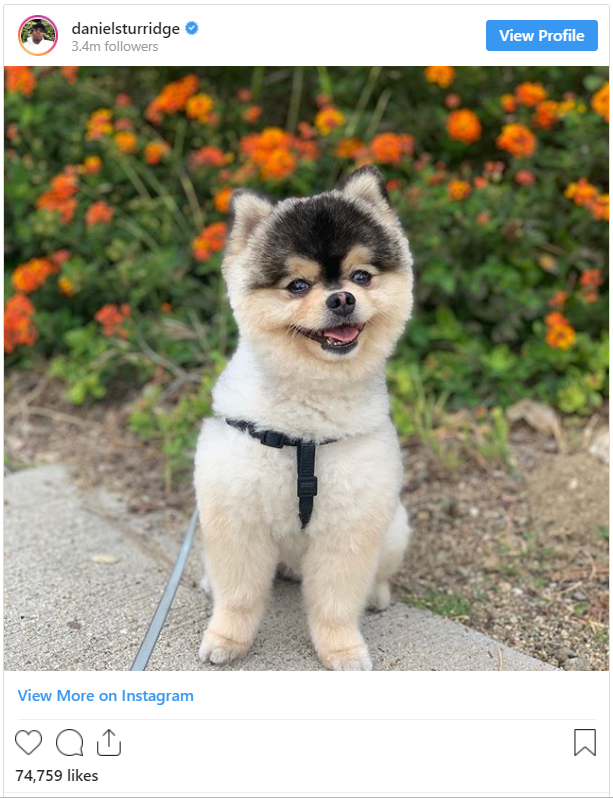 The Pomeranian has distinctive Husky markings in his fur, which will hopefully aid in the search.

Lucci is known to travel with Sturridge wherever he goes and even has his own Instagram page.

In the Instagram video, the striker also shares the address of his mansion while calling for the Pomeranian to be returned. He also reveals CCTV footage of the kidnapper as they entered the mansion, and offers a big reward for the dog’s return.

“Bring the dog back to this address, I’ll be moving out tomorrow or the next day. I want my dog back and I’ll pay whatever.

“Someone please return him. I’ll pay anything.”