Time flies doesn’t it, and that has never been more apparent than learning that Forrest Gump was released 25 years ago today.

The film was released on 6 July 1994 and the movie’s status as a beloved classic only seems to get stronger as time goes on.

Tom Hanks won a well-deserved Oscar award for the film after he ad-libbed the line: ‘My name is Forrest Gump. People call me Forrest Gump’. This stayed in the film because the director, Robert Zemeckis, loved it so much that he allowed it to be used. 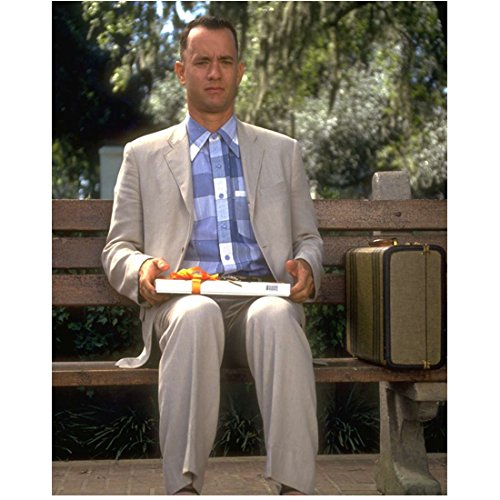 In the film, there’s a scene where Forrest is in Washington, DC after returning from Vietnam and he’s approached by a reporter.

IMBd found out that this role wasn’t played by an actor, but a tourist who was just passing by. The crew liked the look of him and asked him to fill the role – and like most of us would in that position, he said yes.

It was reported that Hanks didn’t get paid for acting. He only accepted percentage points which in the end earned him $40 million (£30.1m) – well it definitely paid off for him.

There is one standout issue that fans of the film continue to debate though – specifically how Forrest’s childhood sweetheart, Jenny Curran, died.

The cause is thought to be HIV/AIDS, prompted by shared needles during Jenny’s ‘lost years’. Unconvinced? Ok, let’s take you back.

At school, Jenny befriends young Forrest and their bond seems to be a deep one. (Surely no one can forget the ‘run, Forrest, run’ line in response to her bezzie being bullied – it’s still just as heartbreaking.)

The film sees the pair reunite years later in a bar, where Jenny performs naked with a guitar and we learn she was kicked out of school for some raunchy photographs – which Forrest discovers via Playboy magazine.

As Forrest heads off to war in Vietnam, Jenny gets in with a hippie crowd and begins experimenting with drugs – which sets her off on a path that culminates in an abortive suicide attempt, before reassessing her life.

According to the fan theory, she had a relapse in a moment of weakness and hit the needle again after Forrest Jr. was born – and that’s why Forrest and Forrest Jr. are HIV free. Plausible to be fair.

Robin Wright, who played Jenny, was nominated for both a Screen Actors Guild Award and a Golden Globe.