A wanted man has made the unusual move of getting involved in the search process – advising police they would have a better chance of finding him if they used a different picture.

Stephen Murphy, who also goes by the name Jr V Murphy, was charged with causing criminal damage and summoned to Boston Magistrates Court earlier this month; however, he didn’t attend.

The 33-year-old has been wanted by police since, and the Lincolnshire Reporter posted an article in which they shared an appeal for information. However, none other than Mr Murphy himself waded into the comments, sharing a more flattering selfie and claiming police would have a better chance of finding him had they not used ‘the worse [sic] picture’ of him.

The Lincolnshire Reporter said the former Mr Boston model has previously claimed to be better looking than David Beckham. Mr Murphy has also reportedly claimed that he ‘runs this town’ and will only ‘come in’ to the station when he wants to.

On his Facebook profile, he has shared a video of him shadow boxing, with the caption: “Looks like I have speeded it up lol I better be careful they might put a most wanted post out for a speeding ticket.”

He also posted a screenshot of a message from someone at the Lincolnshire Reporter asking him why he had not handed himself in, to which he replied: “Because I am above the law.”

Chief Inspector Jim Trafford said police would be ‘more than happy’ to speak to Mr Murphy.

Mr Murphy has claimed to be above the law. Credit: Stephen Murphy

He said: “We are aware of some social media posts from a person claiming to be wanted man Stephen Murphy.

“I would urge anyone who knows of Mr Murphy’s whereabouts to inform us as soon as possible, as he failed to appear at Boston Magistrates’ Court on 9 July to answer charges of criminal damage.

“Failure to appear at court is a serious offence.

“Should Mr Murphy himself wish to come forward and attend Boston Police Station, we will be more than happy to speak to him.”

This isn’t the first time that a wanted man has taunted police over Facebook. Last year, Daley Smith vowed to stay on the run until Christmas after conducting a poll on his profile. 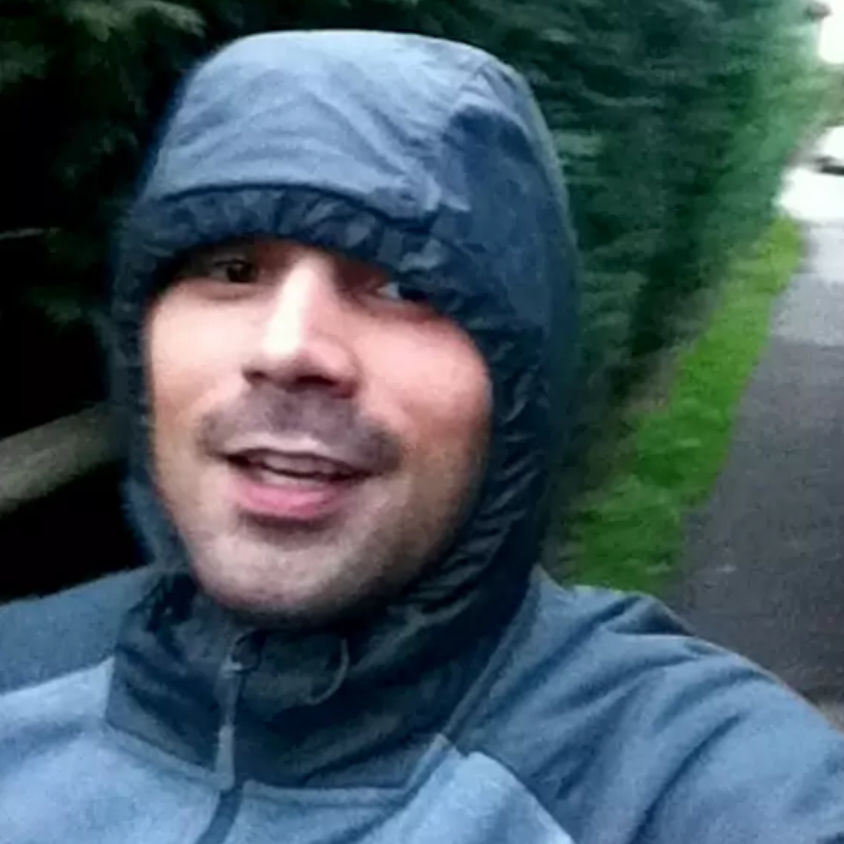 Mr Smith has been on the run for a year. Credit: SWNS

The 30-year-old – who is wanted for alleged drug and criminal damages offences – shared a post with his 2,500 Facebook friends, asking them to ‘love’ react if they thought he should carry on running or ‘like’ if they reckoned he should hand himself in.

Last Friday marked the one year anniversary of Mr Smith being on the run, according to Cheshire Live.