Even though last night’s episode – and the entire series, really – didn’t go quite how some fans wanted it, the end of Game of Thrones has left millions at something of a loose end.

Well, one of the show’s stars, Nikolaj Coster-Waldau, who played Jaime Lannister, took to social media last night urging fans to sign a petition for another series, except this time making Arya Stark (Maisie Williams) the focus.

In the video posted to Instagram, shortly after the final episode aired, the Dane said: “So how about that final episode? Most viewers ever – but it’s over.

“It’s kind of sad. What a great 10 years. Thank you so much for watching. I’m just grateful.

“That episode, it was amazing! I really thought it was a great ending. And Arya…

“I know they’re doing all these prequels, but what about the sequel? With Arya? How about – I’m just throwing something out here… How about a petition?”

He added: “An online petition to HBO that they do a sequel with Arya Stark.”

Petitions have started to pop up online. Credit: Change.org

And the 48-year-old seems to have touched on something, with many fans commenting on the video that they were totally on board with an Arya spin-off.

One follower wrote: “I really think they should do a sequel about her! It would be awesome!”

A second person said: “They definitely should, I would def watch it.”

While another added: “Jamie knows what he’s talking about.”

Since then several petitions have sprung up, with hundreds of fans demanding the show’s makers do Arya justice and give her a series of her own.

One campaign says: “Arya is one of the best characters that was ever created, she’s brave, determined, strong, smart, and honourable. She doesn’t follow society’s conventions, she doesn’t want to be a Lady, and she doesn’t care for money or prizes from wars.”

Fans have also taken to Twitter, asking producers for an Arya series. 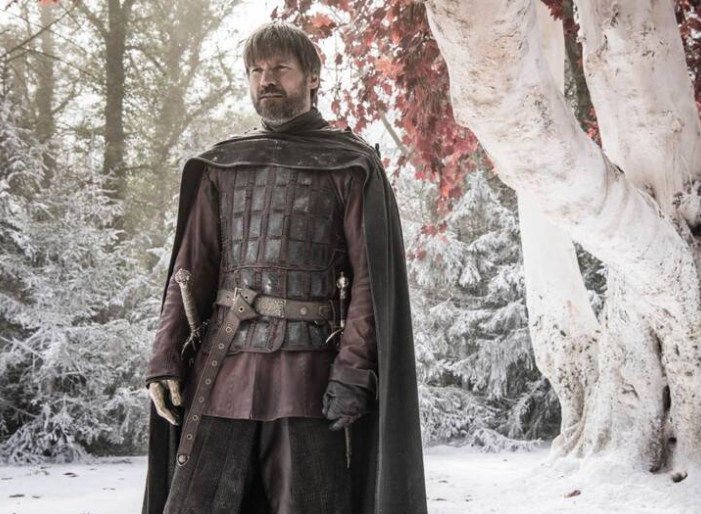 Waldau thanked fans for their support over the past eight years. Credit: HBO

“Can we please get a spinoff of Arya’s travels?” asked one.

Another said: “I’m down with a #GameOfThrones spinoff series following the adventures of Arya. Serious.”

And when you think about one of her last lines, “What’s west of Westeros?” maybe that’s a possible storyline?

After all, she wouldn’t be the first to have crossed the Sunset Sea. Another badass female character, Elissa Farman, was the first it manage the incredible feat in George R.R. Martin’s book, ‘Fire and Blood’.

Also, she wouldn’t be the first Stark to attempt it either. Arya’s ancestor Brandon the Shipwright was known to have a passion for the high seas and he was never seen again after leaving for the Sunset Sea. Maybe she will try and do what the men in her family never could?

He urged fans to sign a petition for a sequel with Arya Stark as the main character. Credit: HBO

But Arya’s story isn’t the only thing that people have been questioning. The final season has come in for its fair share of criticism – fans even started a petition to have them redo the entire series. Unlikely.

And one of the things that fans have been so critical of is Waldau’s final scene and the fact that he dies in the arms of his sister/lover Cersei – played by Lena Headey.

Some were upset that Jaime had spent several seasons becoming one of the good guys, only to return to the evil queen.

Waldau, however, says he understands why fans were so upset but felt it was right.

Speaking to Entertainment Weekly, he said: “You know he’s gonna go back, and it’s not gonna have a happy ending, is it? The hardest thing is the fact they actually find the balance because he ends up with Brienne for a brief moment. 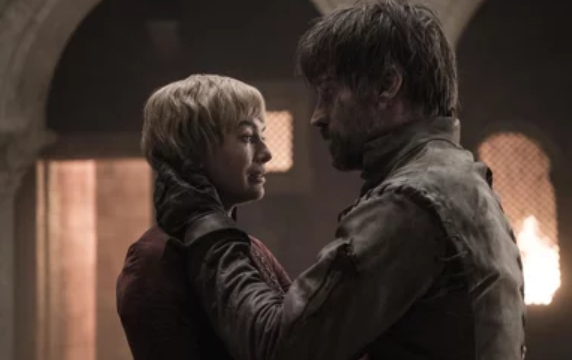 Waldau says he felt it was right that his character ended up with Cersei. Credit: HBO

“He kinda knows himself there is no alternative. For a moment he tricks himself into thinking there is an alternative to his life. As an audience you want him to succeed in taking that different route. You wonder if he’s changed and if he’s escaped this destructive relationship.

“But you realise he’s so bound by this code of honour of family first, and him and Cersei have a strong bond on every level. He didn’t say, “Cersei, I don’t love you anymore.” He said, “I’m going to fight for the living because ultimately that’s the only way you and the child you carry can live.”

He adds: “He has to go back. She’s all alone. He’s the last one she has. He knows he has to back and try to save her.”

Looking back on it, Waldau said it was ‘beautiful’. He said: “It is heartbreaking. It does make sense, even though you don’t want it to. And the way it ends with him, he finally finds her and it’s a beautiful ending.”

What do you think? How do you feel about the ending? Does Arya deserve a series to herself? Let us know at Game of Thrones: Westeros Posting on Facebook.

Tags: Game Of Thrones, Interesting, Tv and film, Us entertainment