Watching people fall over is one of life’s simple joys. You could be having a day from hell, but as soon as you see a man tucking into his falafel across the street piledrive into the pavement you can’t help but let out a little giggle. Fortunately, Google Maps has been documenting the entire world on camera and has managed to capture a man on a scooter ploughing into the back of a car for our viewing pleasure.

The comedic incident took place on a busy street in Tyumen, Russia after the man on the scooter clocked the camera on the Google car. Instead of keeping his eyes on the road, he decided to shiftily look over his shoulder. Unfortunately for him, this means that he can’t the douche driving the silver vehicle change lanes right in front of him. 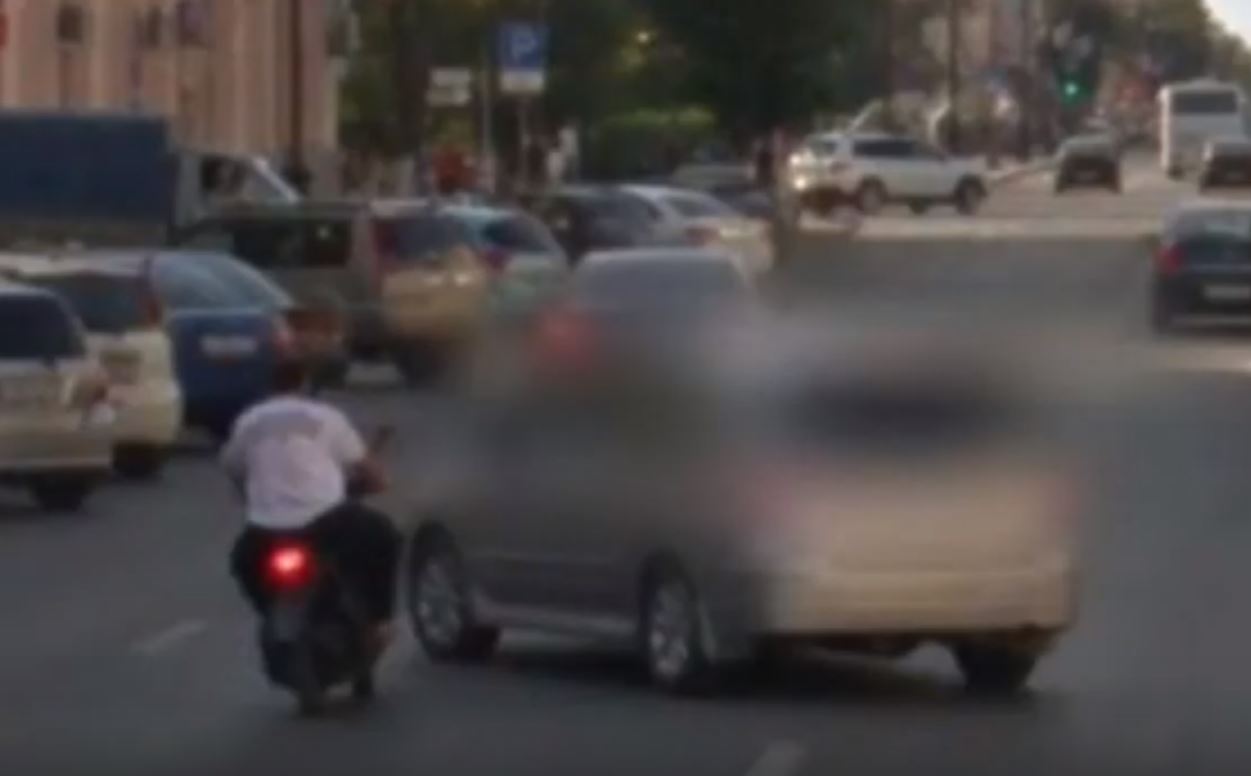 In an attempt to bag a parking space in front of the local OПTИMA, the car completely wipes out the curious scooter driver, leaving the two-wheeler T over A. Fortunately, it doesn’t look like anyone was seriously injured despite a flip-flop flying across the street. 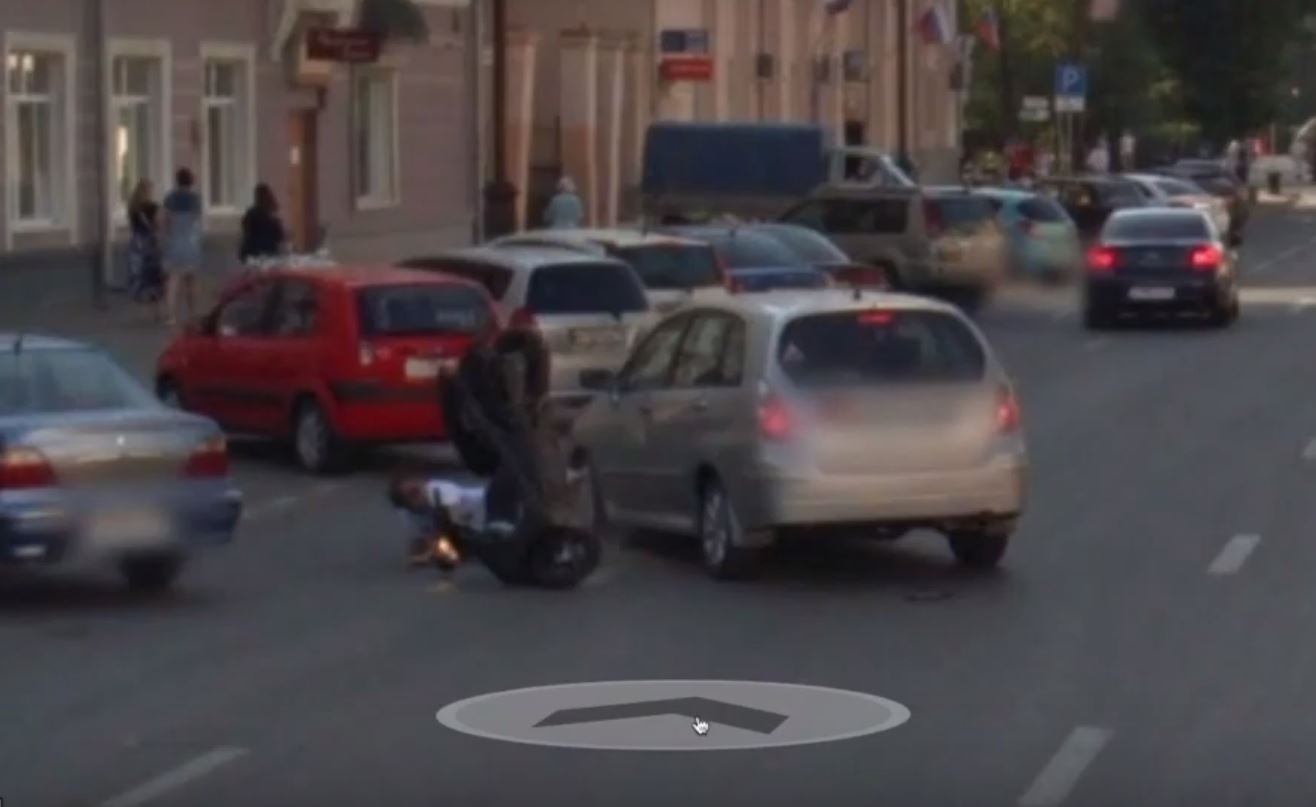 Of all the places the crash could have happened, it was right in front of a busy bus stop. Which means he definitely would have heard a wave of stifled laughter on the way down.

In the next few shots, we see our fallen friend get to his feet and pick his scooter off the road while a close up of silver douche sees him talking on the phone.

Thanks to Google Maps, we get to laugh at other people’s misfortunes. It’s like a massive version of You’ve Been Framed except you don’t get £250 for entering yourself and Harry Hill is nowhere in sight.

Recently, we spotted some street girls in Bogota on Google Maps and a mysterious Russian island on Google Earth. I can’t wait to see what we find next.