Google Maps Tries To Blur Out Street Girls In Bogata

ack when I lived in a 16th floor apartment in the centre of Manchester I used to enjoy the most spectacular views across the city. On a clear day I could see wind turbines standing tall on the rolling hills of a nearby town and some nights I could see beautiful thunderstorms flashing against the historic skyline. However, when I looked down into the car park across the road I’d see dozens of scantily clad ladies jumping in and out of random cars throughout the night. I’m not sure why, maybe they just really liked driving.

Google Maps has unearthed similar scantily clad ladies, but this time in Bogotá, Columbia. From some angles they’re blurred out, but not if you click a little way down the road. 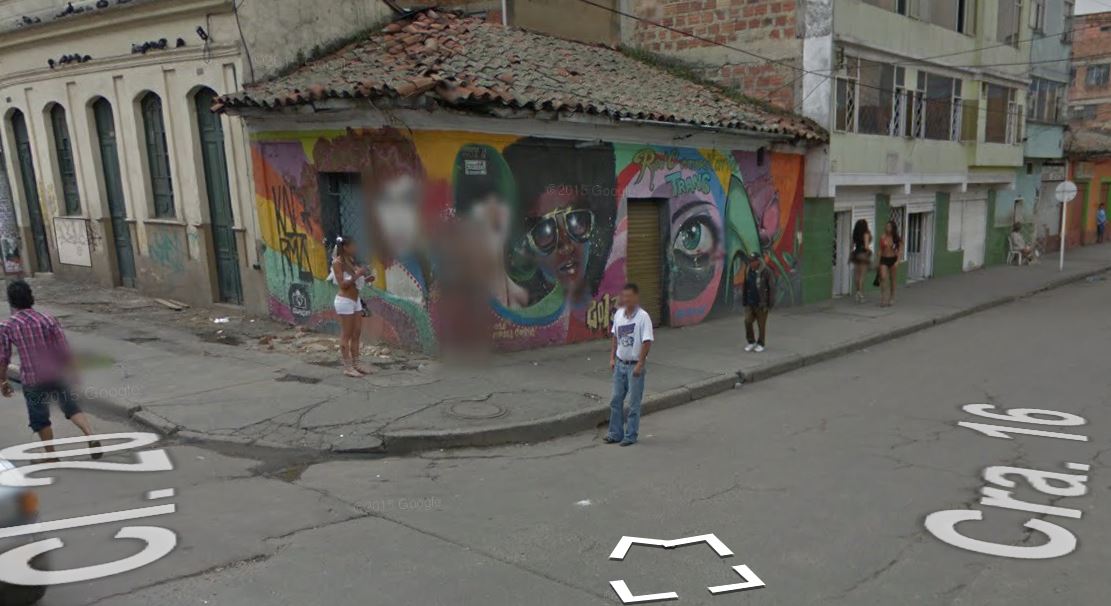 Google Maps Has Blurred Out These Girls. Credit: Google Maps

Now it’s not clear if the ladies on Google Maps like to get in and out of cars, but they’re certainly making a statement with their outfits. I mean, you can actually see nipples if you look in the right places (we’ll see if my editor leaves that picture in or not).

As someone residing in England who has never been to Columbia perhaps I shouldn’t be too quick to judge their attire. Perhaps it’s just really hot there. Maybe they’re going to a rave? Sometimes less is more, maybe that applies to clothes? 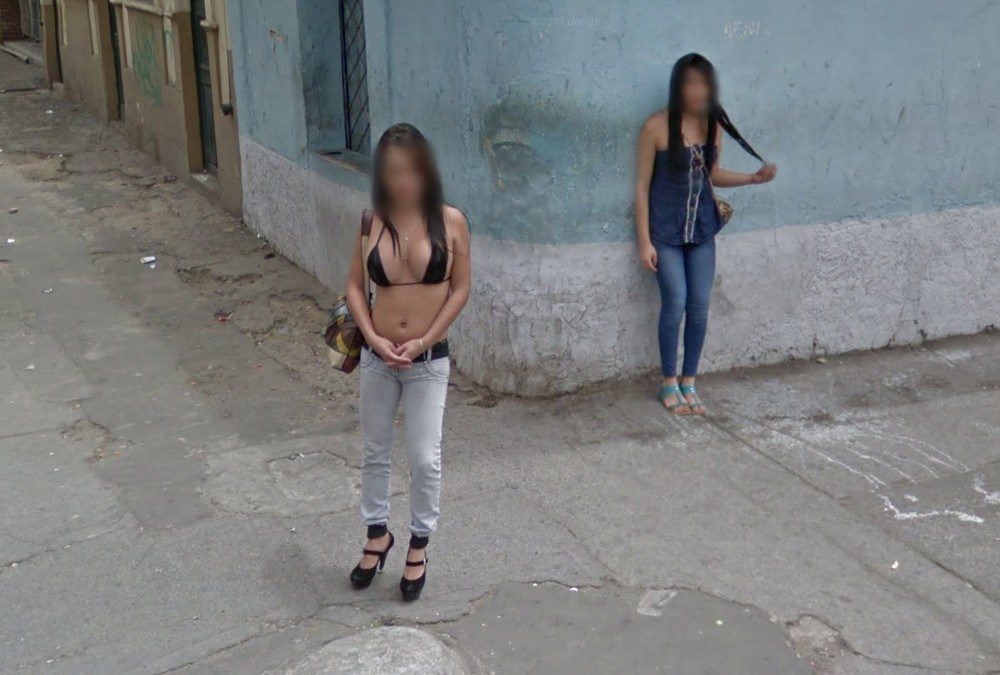 Maybe if I saw this post during the recent heatwave I would have followed suit and got a bit of leg out. It’d be far airier than wearing skinny jeans in the office. I’m not sure I could work the heels though.

When you put a super high definition camera on the top of a car and drive around the world then you’ll always pick up a few weird things along the way. Recently we’ve seen a man with his willy out, a young lad looking angry with a gun and something so scary that Google had to blur it out completely.

If you want to find these ladies, then pop these coordinates into Google Maps:

For all the latest weird and wonderful things on Google Maps and Google Earth, stick with LADbible.