The time has come for Gordon Ramsay, Gino D’Acampo and Fred Sirieix to get back on the road and this time they’re off to the USA.

Both Gino and Fred confirmed the news in Instagram posts with Gino writing: “Planning the next road trip with @gordongram & @fred_sirieix. America here we come…..GDx”

Fred captioned his post: “The itinerary is done! We ready for our next road trip”. 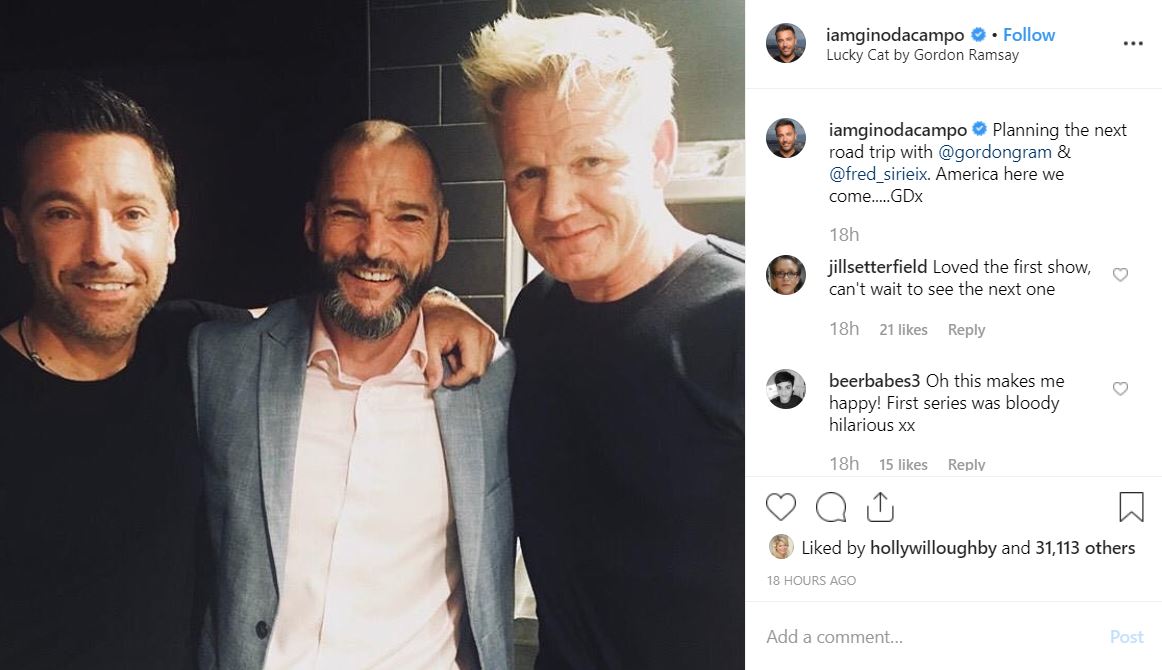 The trio blessed our screens when they all took part in Gordon, Gino and Fred: Road Trip which has been recommissioned for a second season.

The chefs put a welcomed spin on most cookery programmes by motor-homing around Europe, winding each other up and occasionally waking Gino up with a penis… well, that’s if you’re Gordon Ramsay.

It seems fans of the ITV show are thrilled with one saying: “Should a good show never laughed so much, can’t wait for the next one.”

Another added: “Cannot wait for this! The first series was bloody brilliant,” a third wrote: “Looking forward to it, the last one was hilarious”.

Six months ago, the trio spoke to Chris Evans on Virgin Breakfast when Fred Sirieix, 47, said: “We’re looking at dates at the moment so if we can get it to happen we will.”

Looking back at having to live with foul-mouthed co-star Gordon Ramsey, he added: “It was three weeks of mayhem, complete mayhem. Sleeping with (Gordon and Gino D’Acampo) in a camper van.” 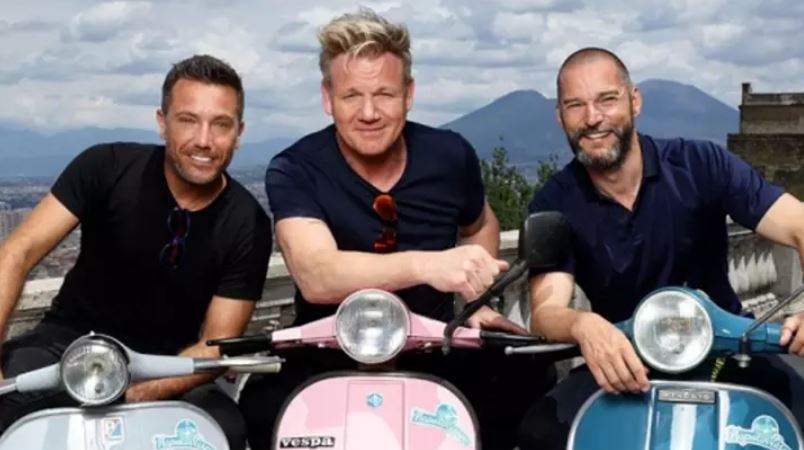 The trio will be going round America this time. Credit: ITV

Then things got a little steamy – and creepy – as talk turned to who Fred would rather shag or marry out of Gino and Gordon. A truly haunting proposition.

“What a question, I’m not sure I would marry any of them! This is a tough question,” Fred laughed before adding: “Maybe I marry Gordon for the money and Gino for the fun. Gino is very funny, he wants to do what he wants to do.

“It was quite extraordinary, to be three weeks on the road with them, it was exhausting, when we finished I went back to work to rest.” 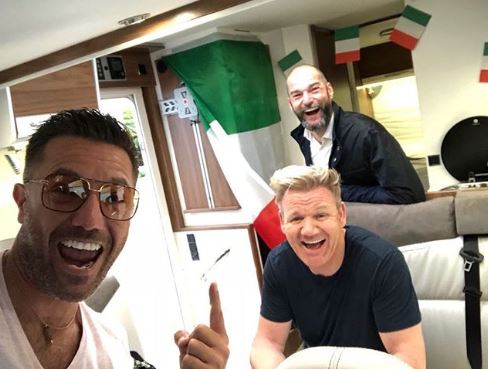 The celebrity chefs will be returning to our screens. Credit: Instagram/@fred_sirieix

The Sun reported that an ITV source said: “Gordon, Gino and Fred had a whale of a time filming the first series so were delighted when ITV said it wanted another.

“This time they are off to America and it’s a week longer so there will be more mischief. All three are brimming with ideas and practical jokes.”

We can’t wait to see what they have in store.