Guardians Of The Galaxy’s Chris Pratt Posts Photo Of Sunburn

We’ve all been enjoying the good weather over the last few weeks, but Chris Pratt has enjoyed it a bit too much. The Guardians of the Galaxy actor has shared an image on Instagram of some pretty heavy sunburn he got while enjoying his honeymoon in Hawaii.

Posting on Instagram, Chris revealed his extremely sore looking tan line. He wrote: “Suns out guns out. I might have got a toouuuch crispy on the honeymoon #Aloe.” 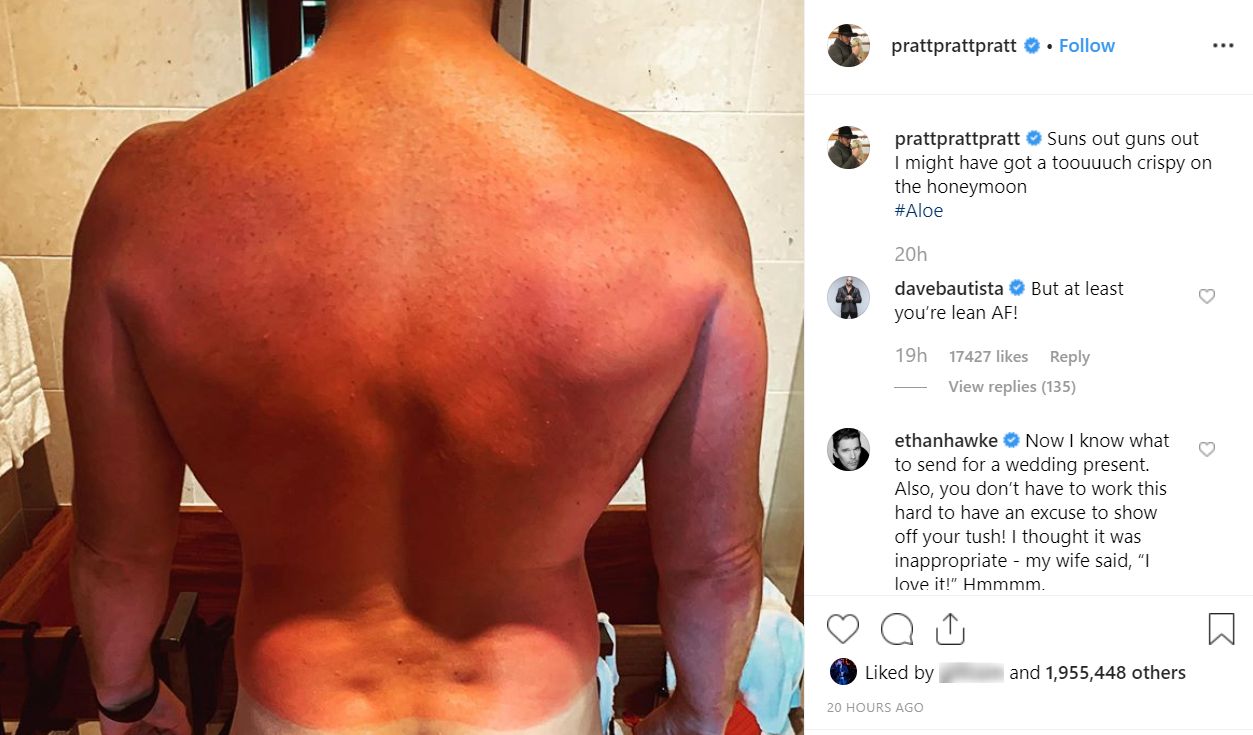 Chris Pratt posted the picture of his sunburn to Instagram. Credit: Instagram/@prattprattpratt

His mates and colleagues all chimed in to laugh at him.

“I’ve got some goop for that,” Gwyneth Paltrow added, while The Magnificent Seven actor Ethan Hawke thought he might have had an ulterior motive.

He wrote: “Now I know what to send for a wedding present. Also, you don’t have to work this hard to have an excuse to show off your tush! I thought it was inappropriate – my wife said, ‘I love it!’ Hmmmm.”

Pratt’s new wife Katherine Schwarzenegger’s (daughter of Arnie), simply commented a row of fire emojis, which could be interpreted in more than one way. 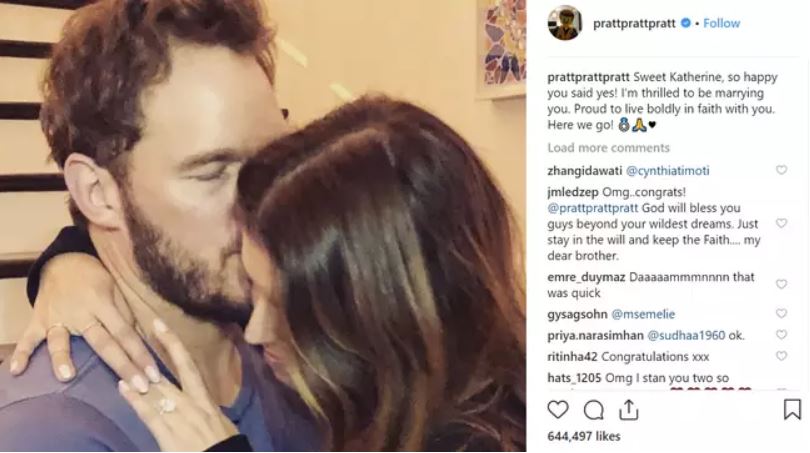 The pair got married earlier this month in California. In another post on Insta, Chris shared a photo of the couple, writing: “Yesterday was the best day of our lives!

“We became husband and wife in front of God, our families and those we love. It was intimate, moving and emotional. We feel so blessed to begin this new chapter of our lives.

“We are so thankful to our families and our friends who stood with us. This morning we feel nothing but blessed.” 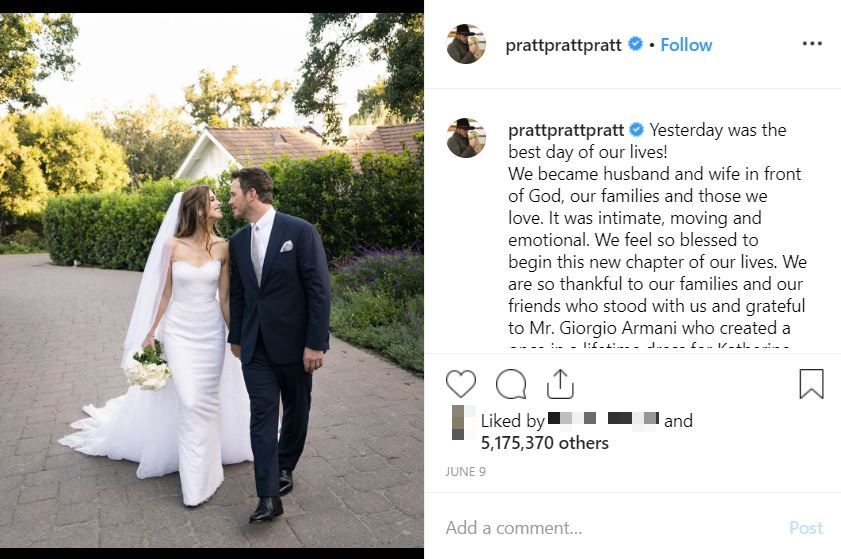 He’s achieved quite a lot over the last few years, having starred in some of the biggest films ever, but probably his most impressive performance was this his incredible Gemma Collins impression.

The Parks and Recreation actor did his best to mimic the TOWIE ice-basher while playing LADbible’s ‘First Impressions’ with fellow LEGO Movie 2: The Second Part co-star Will Arnett.

In the game, the actors took turns picking out names of celebrities and impersonating them, while the other tried to figure out who exactly they were trying to be. Safe to say Arnett didn’t have a chance when it came to guessing Gemma Collins.

It seems doubtful the Despicable Me actor has ever heard of The Only Way Is Essex, and even if he had, Pratt seemed to be impersonating an Australian woman – while doing an odd facial expression.

That said, Arnett’s eventual guess – Queen Elizabeth – would probably qualify as low level treason if he were British.