When you were a kid, you might have a birthday cake with your favourite superhero or cartoon character on – the Power Rangers were a personal fave.

Maybe it’s a sign of the times, then, that when one husband was looking for the perfect cake for his wife, he decided on an Amazon package.

Yep, mum Emily McGuire apparently loves ordering stuff from the online delivery giant, so much so that the cake design was simply a no-brainer.

But so realistic was the sweet treat that Emily actually thought it was a real parcel – and that her present was inside.

However, after taking a closer look, she soon realised that it was a cake her husband had custom made to celebrate her birthday. 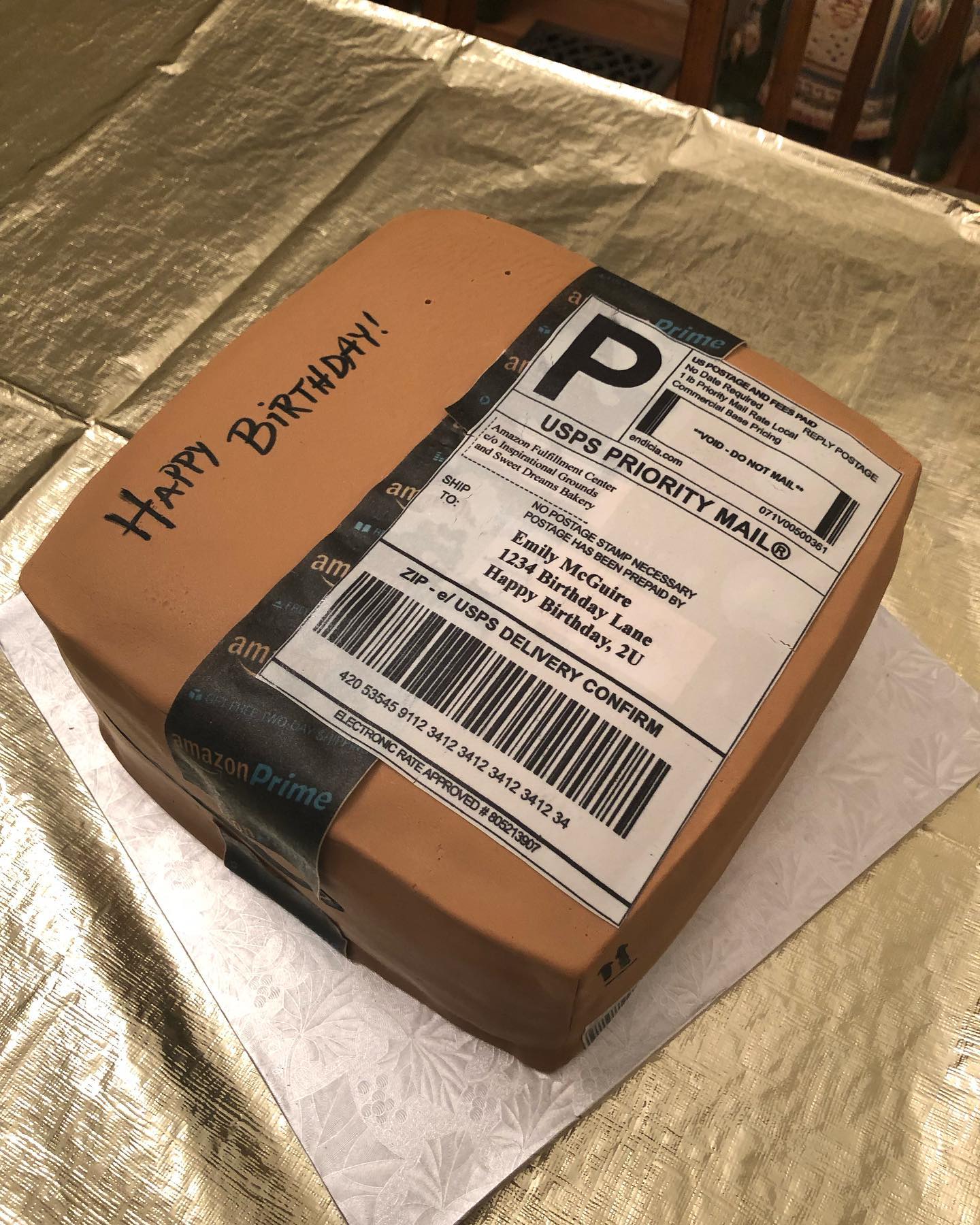 The American military mum, who is a professional photographer, was over the moon with her hubby’s creativity and posted a few photos to Facebook.

She wrote: “In that moment, I knew my husband gets me.”

And it’s not difficult to see why. The impressive cake even came with the standard black Amazon Prime tape around it.

It’s only when you read the address, however, that you can tell it’s not quite what it appears to be. 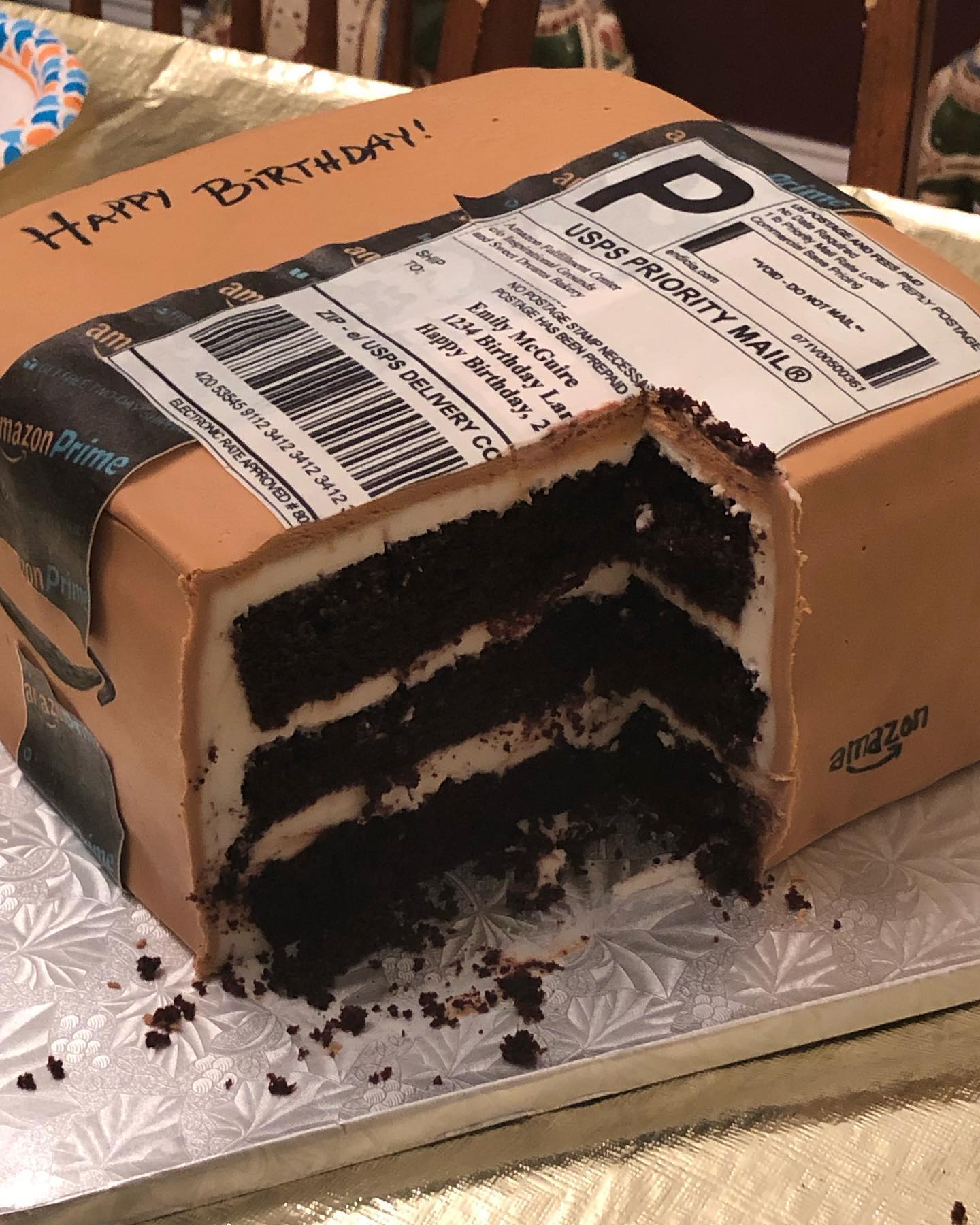 On closer inspection, she realised that it wasn’t actually a package. Credit: Emily McGuire Photography

Emily’s quirky post quickly spread, with dozens of impressed users commenting to say how brilliant they thought it was.

“Omg, I love this, I myself am addicted to Amazon, wow this is amazing,” wrote one person.

A second then said: “I need this. I seriously have a package coming every day this week and two more before the 31st.”

Another fan added: “That cake has my name written all over it!”

While someone joked: “All fun and games until you sleepwalk and start chewing on a cardboard box thinking it’s a cake.”

I think it’s safe to say that Emily’s husband found a much more reputable baker than some people have been able to in recent weeks.

This comes after an unlucky mum attempted to get a Moana-.themed cake for her daughter, but thanks to an unfortunate misunderstanding, what she actually received was a My Little Pony character smoking a joint.

Sharing the funny story on Facebook, Kensli Davis, the lucky recipient of the birthday cake, wrote: “I haven’t had a chance to tell y’all about our experience this weekend with my birthday cake.

“So my mama called and ordered me a cake telling them how much I loved Moana (Because really I do). Well needless to say these people thought she said marijuana. That ice cream cake was still good though.”