A French inventor has failed in his attempt to cross the English Channel on a jet-powered hoverboard. 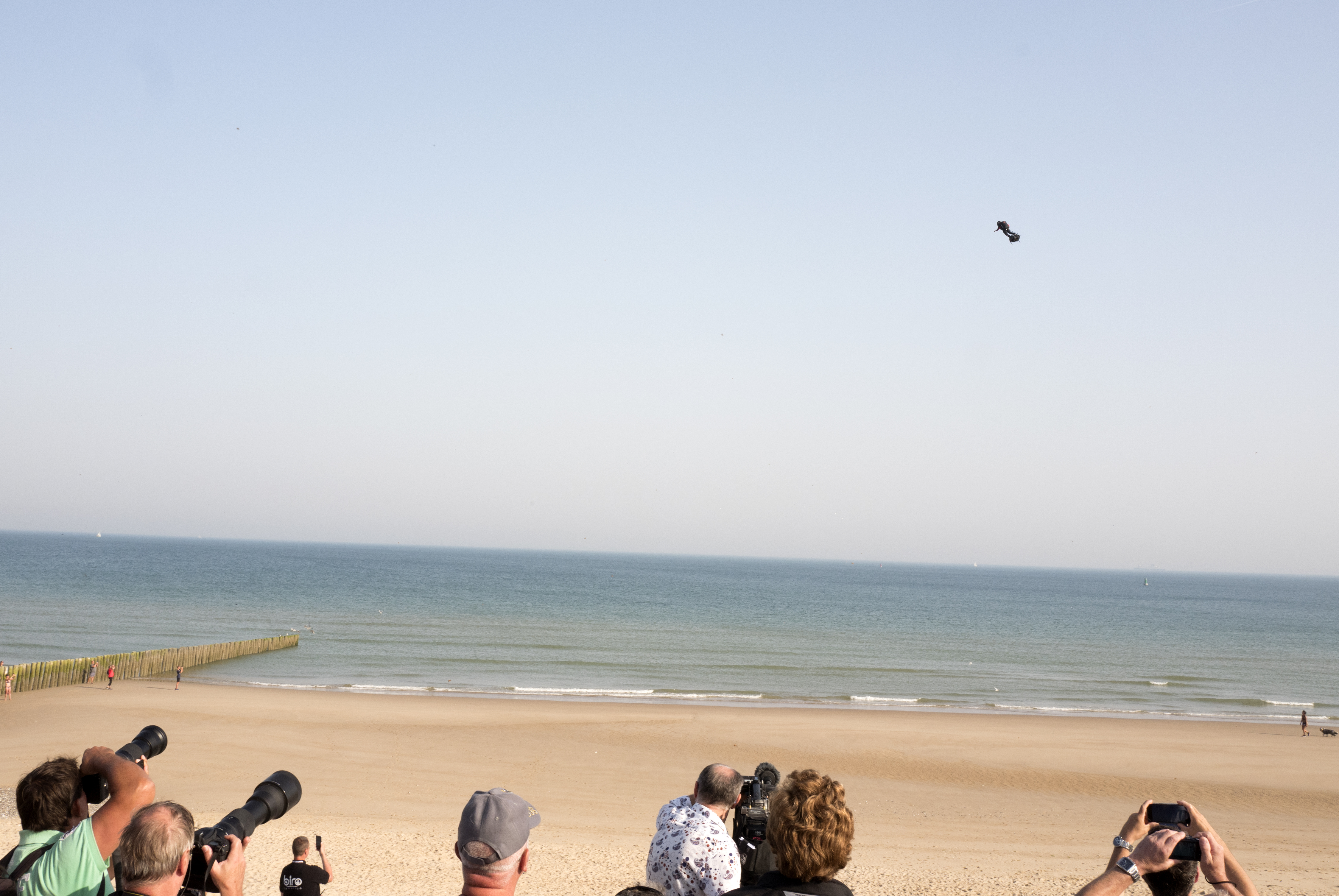 Franky Zapata missed a landing platform mounted on a boat as he attempted to refuel midway through the attempt, landing in the water. However, his team say he was uninjured in the fall.

According to Sky News, a member of his team said: “It is a huge disappointment. He made his rendezvous with the refuelling boat but he must have missed the platform by just a few centimetres.

“We practised this manoeuvre dozens of times in heavier seas, with platforms that moved more, without any problems.

“It wasn’t the wind, it was the waves – the platform was two metres above the deck, every movement of the boat is exaggerated.”

The 40-year-old set off from Sangatte near Calais and was headed for St Margaret’s Bay in Dover, but crashed around 10 minutes after setting off.

Former jet ski champion Zapata said prior to embarking that it was ‘not an easy challenge’, rating his chance of crossing the 22-mile stretch of water as 50 per cent.

The attempt took place today to make the 110 year anniversary of Louis Bleriot’s channel crossing and was the first time anyone had ever attempted to cross the channel in a ‘heavier than air’ aircraft.

Zapata showed off the ‘Flyboard’ during a demonstration at this year’s Bastille Day celebrations in Paris.

During the show, he passed over the heads of some of Europe’s leaders, including French President Emmanuel Macron and German Chancellor Angela Merkel.

Speaking to national media, the French Armed Forces Minister Florence Parly said the impressive tech could one day be used in combat, to create a flying unit.

She told France Inter radio the hoverboard ‘can allow tests for different kinds of uses, for example as a flying logistical platform or, indeed, as an assault platform’.

According to reports, the Flyboard has already received funding from the French military for continued development, and it’s understood that Zapata has been working with the US forces as well.

The hoverboard is capable of reaching speeds of up to 87mph and is powered by kerosene.