On 27 December 2018 the news emerged that Japan would resume commercial whaling. Today those plans become reality, as the country has officially left the International Whaling Commission to continue commercial whale killing.

We use the word ‘continue’ because the country never actually stopped hunting and killing the animals – instead they used words like ‘scientific research’ or ‘scientific whaling’ to mask what they were still very much a part of. 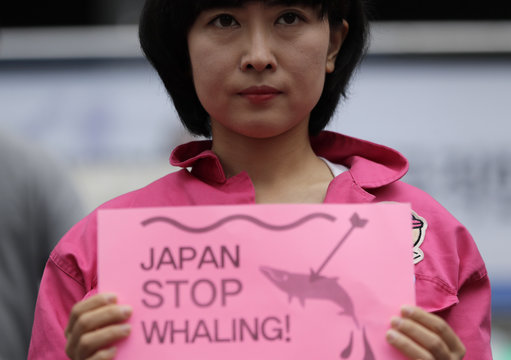 A member of civic group holds a sign during a rally against Japan’s commercial whaling. Credit: PA

More than 30 years since the ban was enforced, the Japan Times reported that there are five vessels due to embark on the ‘first’ commercial whaling mission.

“They have stopped whaling in the Southern Ocean but the illegal whaling they have been doing in the North Western Pacific has been continuous since 1987.

“This means that Japan is now openly declaring their illegal whaling activities. With this announcement Japan has declared themselves as a pirate whaling nation. This will make Sea Shepherd’s objective of shutting down these poachers much easier.” 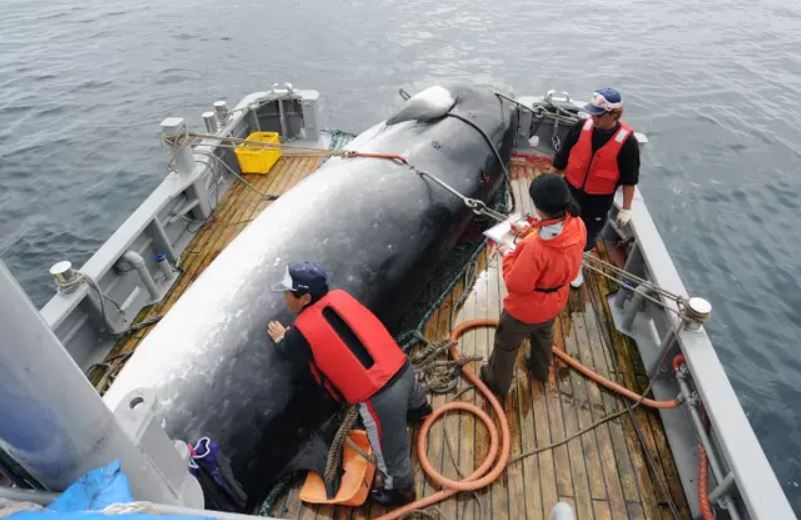 A minke whale is unloaded at a port after a whaling for scientific purposes in Kushiro. Credit: PA

When quizzed about why he reckons Japan took the decision, he said: “Number one: Not getting their way within the IWC. Number two: The huge subsidies given to the whaling industry for three decades have not allowed whaling to recover as a viable industry.

“Number three: Sea Shepherd campaigns increased operational costs by about $30 million each year and reduced the catch each year down to 30 per cent and in 2013 down to 10 per cent.

“Number four: The need to replace the ageing Nisshin Maru, the factory ship. The replacement would be about $200 Million dollars and saner minds in the Japanese government insist this investment is non-productive.”

Activists take part in an anti-whaling protest outside the Japanese Embassy in central London. Credit: PA

Captain Watson concluded: “Only Japan was killing whales in international waters. Norway, Iceland and Denmark have been illegally killing whales in their own territorial waters since 1987. The only difference is they did it blatantly without the flimsy excuse of calling it scientific whaling.

“We will now focus on stopping Norway, Japan, Iceland and the Danish Faroe Islands in their own territorial waters.”