Most of the Game of Thrones characters were morally questionable as people, but nobody can argue with the fact that one of the worst was without a doubt Joffrey Baratheon.

It’s no surprise to me that the smug little shit has been voted the most hated character on the show. We put out a poll on Twitter to see what you lot thought, and, unsurprisingly you agreed.

Who is the Game of Thrones character you hate the most? State others below :point_down:

He got nearly half of all the votes, with even the witch that is Cersei coming nowhere close to getting as much hate.

And it’s not just our poll that proves everyone hates Joffers, on Ranker he’s also topped the hate list, again just beating Ramsay to the top spot.

Let’s just remind ourselves of some of the reasons he’s everyone’s least favourite prince.

He showed his true colours early doors. In season one, episode two, if you can remember that far back, we first got a glimpse into his personality.

When Arya was playing with her little pal, the butcher’s boy, when Joffrey decided to pull his sword on him. When Arya defends him, he gets all hurt and jealous, ordering him to be murdered by the hound. 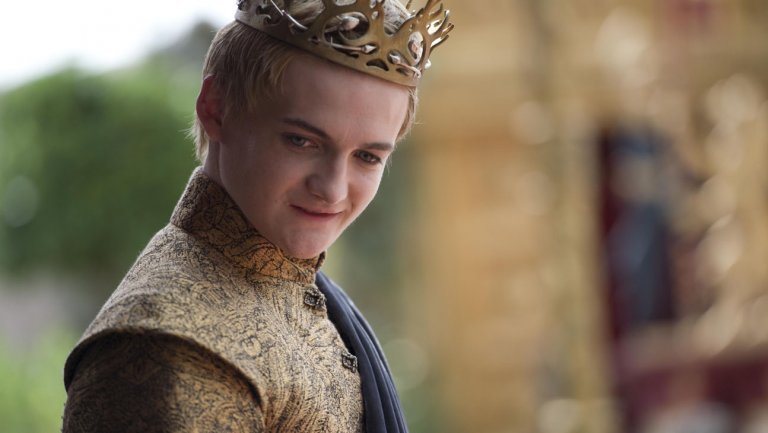 Easily the most annoying face I’ve ever seen. Credit: HBO

In episode nine of the same season, he was responsible for potentially the most heartbreaking moments in the whole show – as well as the catalyst for all the death and destruction that ended up taking place.

When Ned Stark’s death hit us, it his us hard. And that was all down to the delightful little Joffrey – and not only was it the beheading, it was the way he went about it that made it so brutal. Having been charged with treason, Joffrey said that he would pardon Ned and free the captured Sansa if he made a public confession.

Ned did it, but Joffrey got his head chopped off anyway. I, for one, still haven’t recovered from the emotional trauma of that one by the way.

And then, to top it all off, he got his head put on a spike, and forced his daughter to look at it.

There’s all the other stuff as well, like the casual torture of prostitutes, ordering all sorts of nasty business – mainly including beatings and murders, oh and the odd rape threat too.

His title of most hated character was well earned.