They say you should never meet your heroes because you’ll always be disappointed. That is unless your idol is Keanu Reeves, of course, who may very well be the nicest man in the world.

But if there was ever any doubt of that fact, this is the story that will prove it once and for all.

The 54-year-old actor is currently in Louisiana, US, filming Bill and Ted 3. But despite a busy schedule, the star managed to make time for his fans and jumped out of the car while he was en route to set, to autograph a sign they had left out for him. 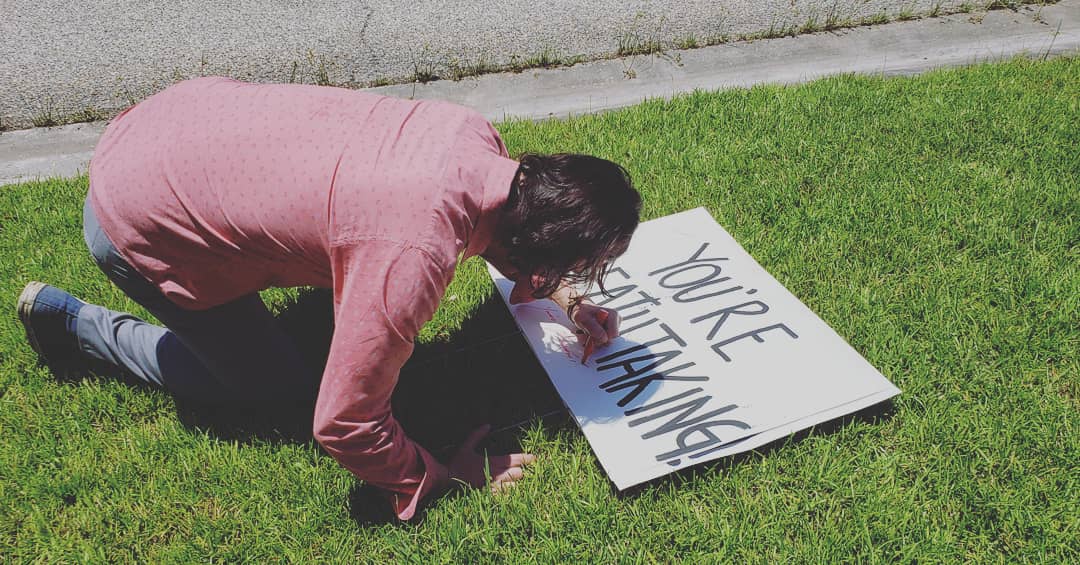 The star hopped out of the car on his way to set and autographed the sign. Credit: Twitter/@sjhunt305

After spotting the placard on the front of the house, Keanu hopped out and signed it, writing ‘Stacey, you’re breathtaking’ – along with his signature.

And if that wasn’t enough, John Wick even said hello to the family and posed for some pics. What. A. Man.

The starstruck woman shared the photographs to her Twitter page, with the caption: “Wow! Yesterday was a dream come true! We knew @KeanuReevess_ was filming up the street so my son said we need to make a sign that says “you’re breathtaking” so we did! A few cars stopped but then a car stopped and there he was!! He actually stopped! Oh my heavens! @ed_solomon.” 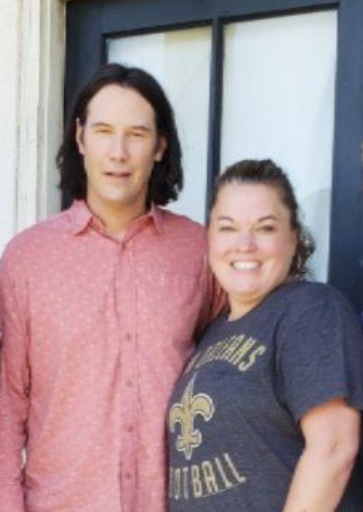 The actor even posed for pics with Stacey. Credit: Twitter/@sjhunt305

After seeing that he had been tagged in the adorable post, Bill and Ted writer Ed Solomon retweeted Stacey’s pic, writing: “So yesterday this sign was out on a lawn on the way to set. Keanu jumped out of the car and did this.”

He later added: “Again. We here on the movie do not support vandalism. Of any kind. We take this matter very seriously, and you can be assured we will prosecute to the fullest extent of the law.”

Reeves will star alongside Alex Winter in the third instalment of the iconic buddy movie, with both reprising their roles as the titular characters.

Samara Weaving and Brigette Lundy-Paine will be joining the cast too as Bill’s daughter Thea and Ted’s daughter Billie respectively, as well as returning stars such as Amy Stoch (Missy), Hal Landon Jr. (Ted’s father) and William Sadler (Death).

Keanu himself assured in an interview last year that the threequel will please audiences new and old, stating: “Over the years it’s been really nice to connect with people who love those characters and those films, and it’s been fun to hear from fans who have become parents who have shown it to their kids.

“The ebullient spirit of [Bill and Ted], and the humour of the characters in the film, and the adventure they go on – I think it’s still funny.”