LAD Dresses As ‘Alex From Glasto’ For Benidorm Stag Do

He rocked a bucket hat, FILA bag and Paris Saint-Germain shirt. No, not Alex from Glastonbury – it’s Liam Humphreys from Worthing.

And he was heading to Benidorm for his stag do, not Glastonbury.

The 31-year-old groom-to-be was kitted out in an exact replica of the outfit that was worn by teenager Alex Mann, who got on stage with Dave at Glastonbury Festival and absolutely nailed a rendition of ‘Thiago Silva’ before going massively viral last week.

There really is nothing better than your stag party putting a bit of thought into your fancy dress, instead of the usual cheerleader ensemble. Current, bang on trend and off-the-scale banter levels.

Liam, who is due to get married on 9 August, ‘took it in his stride’ according to his pals and was often the first to start chanting in bars across Benidorm, where his stag do was held over the weekend. 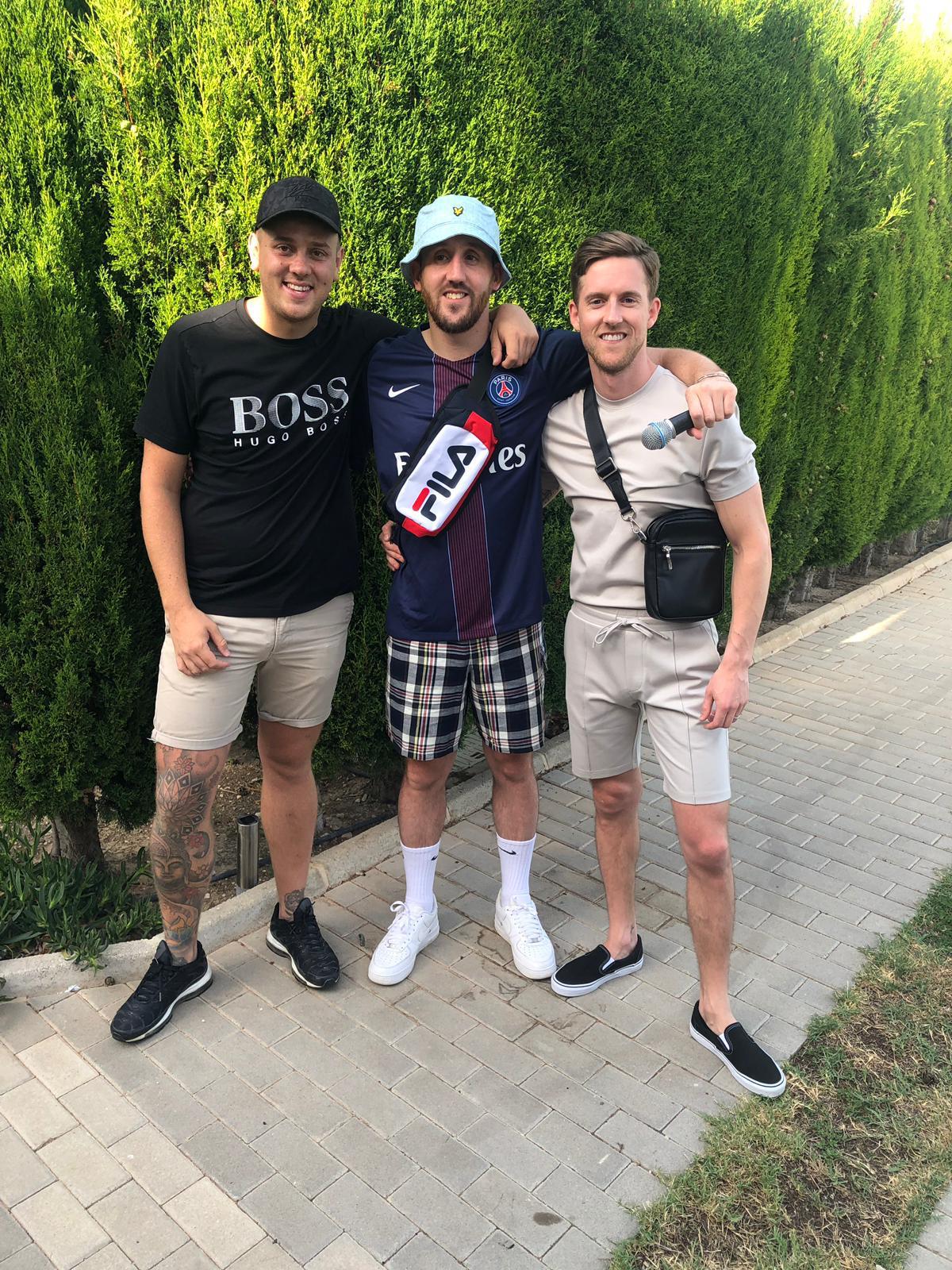 Liam told LADbible: “The Alex outfit Completely took me by surprise considering it only happened last weekend. Very, very good effort and it got a good reception from everyone.

“Unfortunately I hadn’t nailed down the lyrics like the real Alex so I was a bit out my depth with that side of things.

“The stag do on a whole was amazing, my best men John and Harry absolutely smashed it, never easy when it’s a group of 25. I’d like to think I took everything they threw at me pretty well, the only exception was the dirty pint they chucked my way.”

His mates got the inspiration after watching Glastonbury and noticing how they all mentioned the performance in their group WhatsApp chat.

So, just days before they were due to fly to the Spanish resort, best men John Hearn, 31, and Harry Franks, 26, began trawling through ASOS to get next day deliveries.

Best man John told LADbible: “On the Wednesday night me and the other best man Harry just had a random thought – what about trying to squeeze another outfit in just off the cuff.” 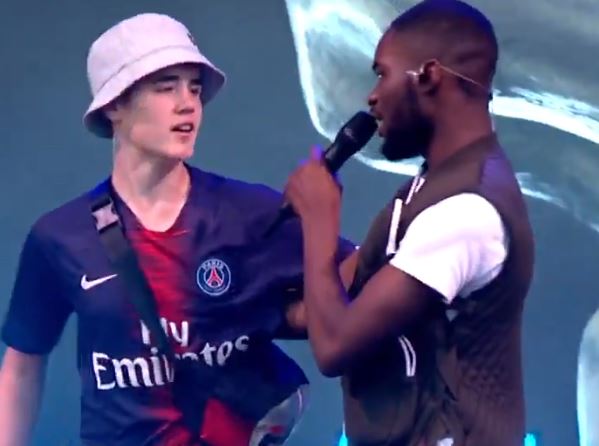 Alex and Dave on stage at Glastonbury Festival. Credit: LADbible

He continued: “We thought how funny would it be if we could make him Alex From Glasto, because it’s so current now. This weekend was the best week we could have done it.

“We were up until half 12 that night trying to get next day delivery on everything – it was identical. I think the guy must have got it from ASOS because they had identical items.”

The group of 25 pals were all gathered in their villa when Liam came strutting down the drive in his fancy dress outfit – complete with a microphone – to the song ‘Thiago Silva’.

After Liam’s grand entrance, the LADs had a coach to take them into town at 10pm and the stag kept his outfit on until they got back to the villa at around 5am. 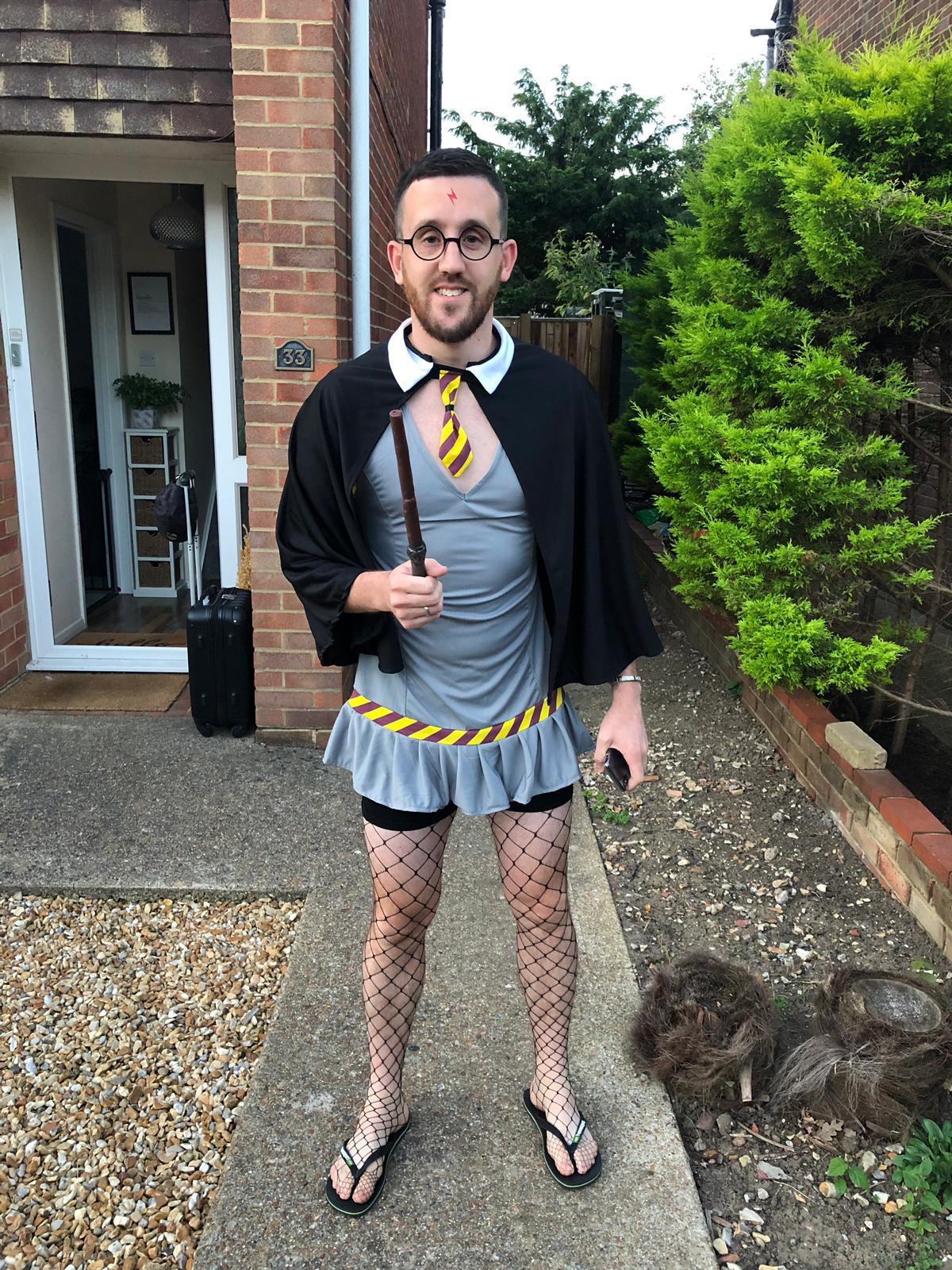 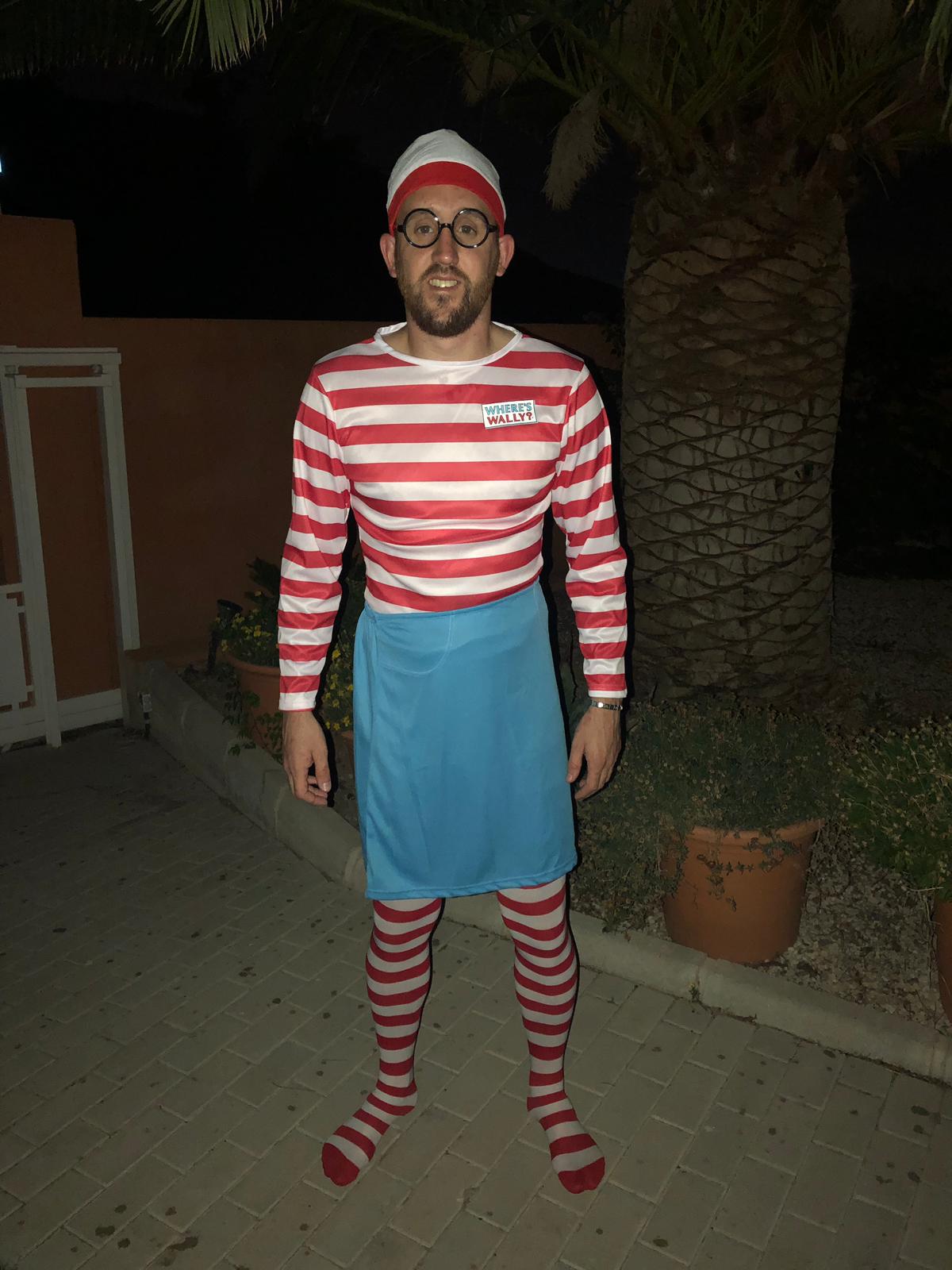 John added: “It went down unbelievably because, since Alex was at Glastonbury, it’s been a huge talking point and it’s been all over everywhere.

“On our WhatsApp group we were going mad about it and thinking it was quality, watching this guy go from nothing to a hundred overnight. So it’s been it’s been quite a big talking point in our lives. 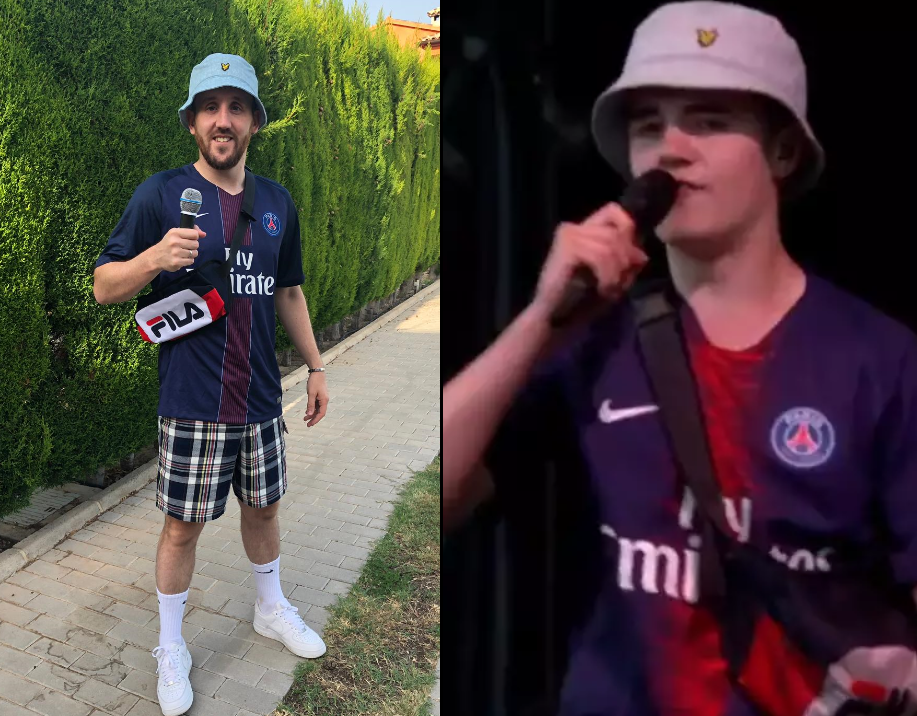 Here they are, like two peas in a pod. Credit: LADbible

“It was so good, literally everyone was going up to him, requesting the song to be played in bars. We were chanting in every bar we went in – we chanted the name of the song and the footballer everywhere we went in Benidorm.

“Everyone’s on social media so everyone has seen Alex. If we did it in a month’s time, it might not have gone down as well. It was so good.”

Stag Liam added: “All the outfits were brilliant to be honest, apart from the swimsuit they put me in on the Saturday around the pool.”