It all started when Noel Gallagher uttered the words: “Who’s this Capaldi fella? Who the f**k’s that idiot?”

Of course he was referring to Lewis Capaldi, the man who seems to enjoy nothing more than taking the royal p**s out of himself.

In response the 22-year-old musician opened his Glastonbury set by screening a clip from the interview, before appearing wearing a parka jacket, Noel Gallagher t-shirt and bucket hat.

Then Gallagher, 52, compared Capaldi to ‘f***ing Chewbacca’ which led to Lewis (rather obviously) lapping it up by changing his Twitter name and picture to resemble the hairy Star Wars character.

The hilarious feud hasn’t ended yet though as Capaldi shared a video on Instagram last night of himself partying with the former Oasis star’s daughter, Anais Gallagher.

Capaldi and 19-year-old Anais were both at Mad Cool Festival in Madrid where Lewis and Noel were both performing.

They were at the gig for Noel Gallagher’s High Flying Birds when they began shouting ‘Dad’ towards the stage. 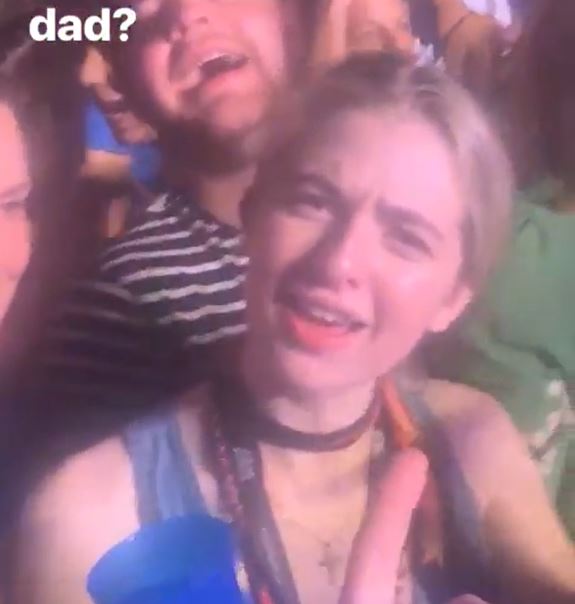 Anais joined in on the banter. Credit: Instagram/lewiscapaldi

In his latest put-down, Gallagher told Variety: “F***ing Chewbacca should enjoy his 15 minutes.

“He’s just thinking, ‘Wow!’ Well, I know you’re Scottish and all that, but f***ing hell! It is like a third world country, but for f***’s sake, man, you must have had a better day than this. Surely!” 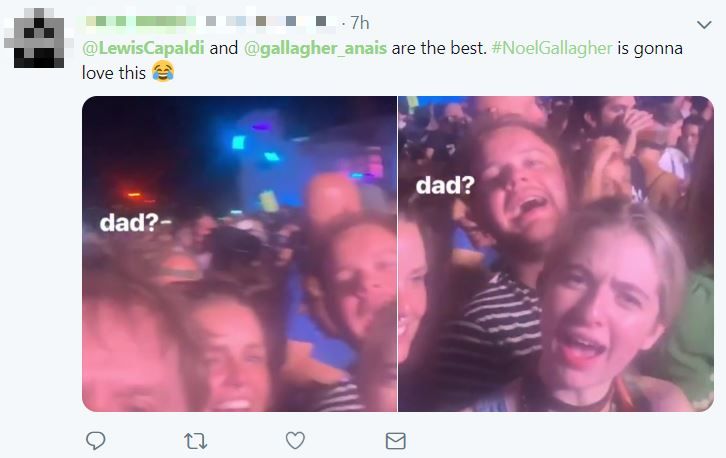 It’s fair to say that Noel isn’t keen on the music of today. After all, that’s what got this argument with Capaldi going in the first place.

Gallagher said: “It just seems to me that every singer-songwriter gets to be s****er than the next person. It’s a race to the bottom. And you dig deep enough with these c***s, they’re not even singer-songwriters, because they don’t f***ing write their own songs.

“So, I don’t know. The youth of today: f**k*ing moronic c***s, if you ask me. I meet young people, and they’re so culturally lost at the moment.

“All they can do, young people, is take pictures of each other. Because there’s nothing else. You know, when a band walks out on stage, they might as well be at a photo shoot. Nobody lives in the moment.

“Everybody’s sharing everything with everybody.”

The feeling is mutual

The interviewer then asked about Noel’s daughter Anaïs’ comments in support of Capaldi. The 19-year-old model said that she wanted to be Lewis Capaldi when she grows up.

Noel opined: “When she grows up? Well, she better be better looking than that c***!

“Let’s hope she doesn’t have his looks. Or his girth. I’m not going to allow that. She’s gonna have a bad day soon if she wants to be Lewis Capaldi when she grows up.”