Home
News
Lidl Is Selling ‘Legendary Duff Beer’ For £1.25 A Can

As BBQ season kicks in, we’re all on the prowl for some good tipples to wash everything down with. Sure, you could try and impress everyone with a big ol‘ jug of Pimm’s, but that does require a fair bit of chopping and slicing for all the fruit garnish. While a few bottles of Prosecco can be a nice start, all those bubbles can get a bit much when it’s time to chow down on several burgers.

Nope, what your BBQ really needs is an endless supply of its soulmate drink: beer.

And now you can even unleash your inner Homer Simpson by getting in a crate of Lidl’s ‘Legendary Duff Beer’, which is currently being sold in stores for £1.25 a can.

An homage to the famous Duff beer that Homer knows all too well, you can expect aromas of malt, cereals, caramel, straw and herbaceous notes from Lidl’s version – which all sound like nice things, I think. 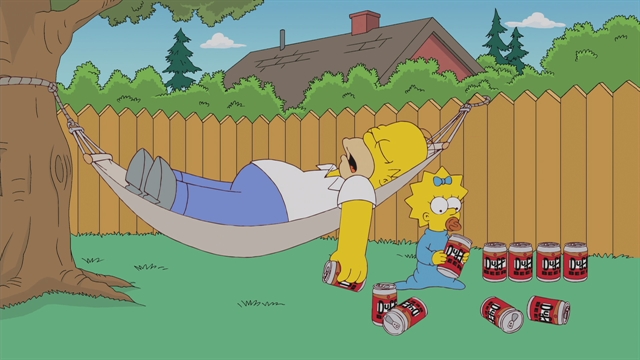 “Brewed in Germany by the brewery Eschwege monastery, this Legendary Duff Beer is a Pilsner topped with a white head,” the product description reads.

You can get your mitts on the beer at one of Lidl’s 760 UK stores – just remember your ID, obviously.

It’s not the first time the supermarket has sold the beer – it’s been in stores several times before, including a few months back when it was released in time for the Superbowl so that UK sports fans could get the all-American experience.

A quick flick through Twitter and you’ll find many people singing its praises after tracking the beer down and giving it a go.

“So Duff beer actually exists and is pretty good haha, thank you Lidl,” one person tweeted.

“Dodgy duff beer in Lidl is actually half decent,” another said.

Mind you, not everyone was quite so complimentary, with one giving it the hashtag ‘#PissWater‘.

I guess you’ll just have to get down to Lidl and try it out for yourself. After all, at £1.25 a pop it’s hardly like you’re breaking the bank.

As a word of advice, I’d imagine it tastes best drunk from a hammock out in the garden, happily neglecting all of life’s responsibilities – just like Homer.