Man Leaps Over Fence To Ride Giraffe At Zoo In Kazakhstan

Police in Kazakhstan are on the hunt for a zoo visitor who climbed a huge fence in order to leap onto a giraffe before riding around on its back.

The giraffe is just standing around in an enclosure at the Shymkent Zoo in Kazakhstan when the tourist – who may or may nor have been under the influence of alcohol – began to scale the fence with the intention of getting on her back.

At first, it all seemed more innocent than that. The man gently stroked the giraffe on the neck, while the animal itself looked remarkably calm and was watching him with an air of confusion and lack of concern. 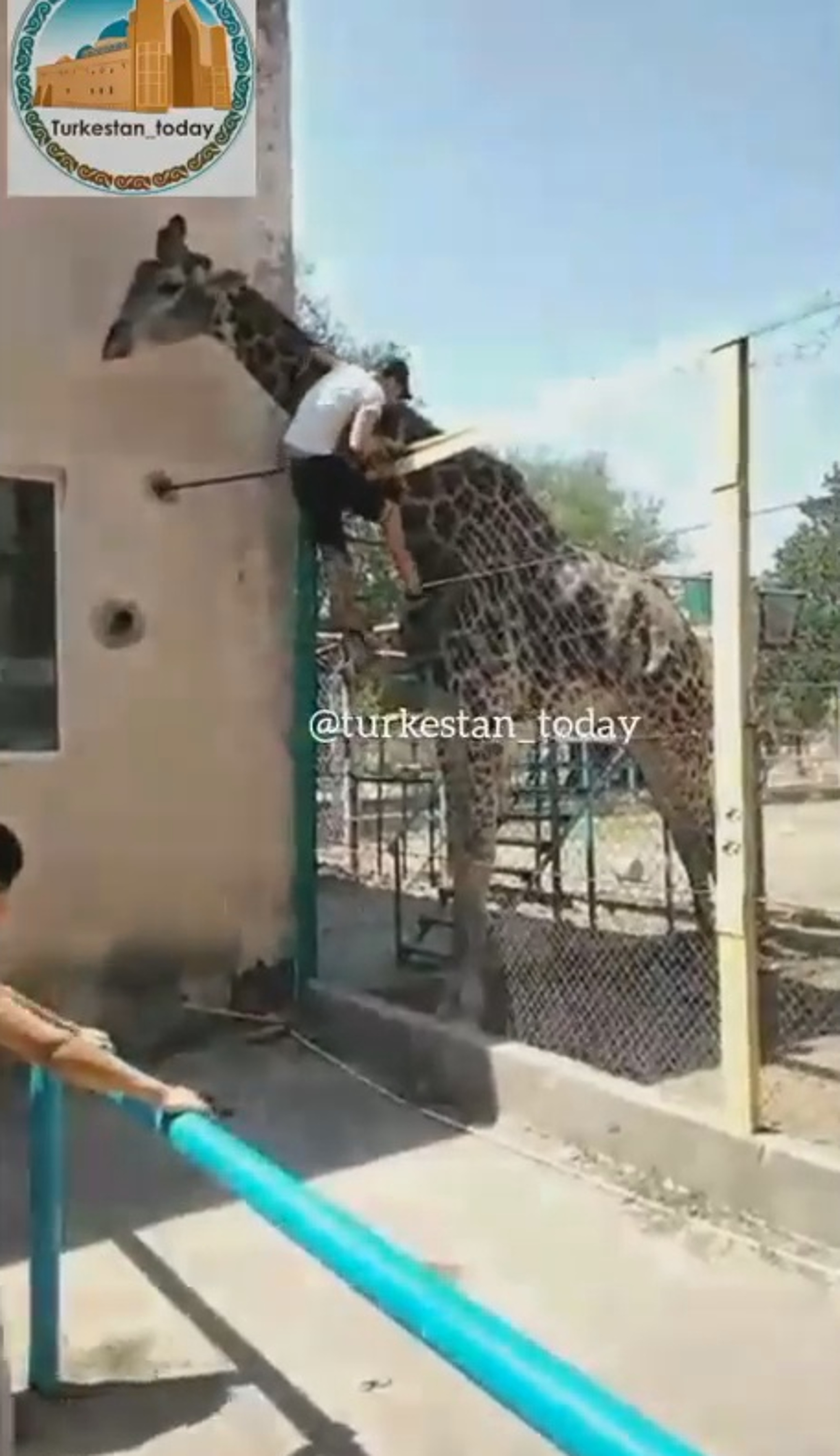 However, the man then scrambled onto a wooden plank in order to leap the fence and land on the back of the giraffe.

Once it figured out what the man was trying to do, the giraffe walked off away from the fence. It was too late by then, though.

The man stayed on the animal’s back as it moved away from the fence and remained there, stroking the giraffe on the neck. 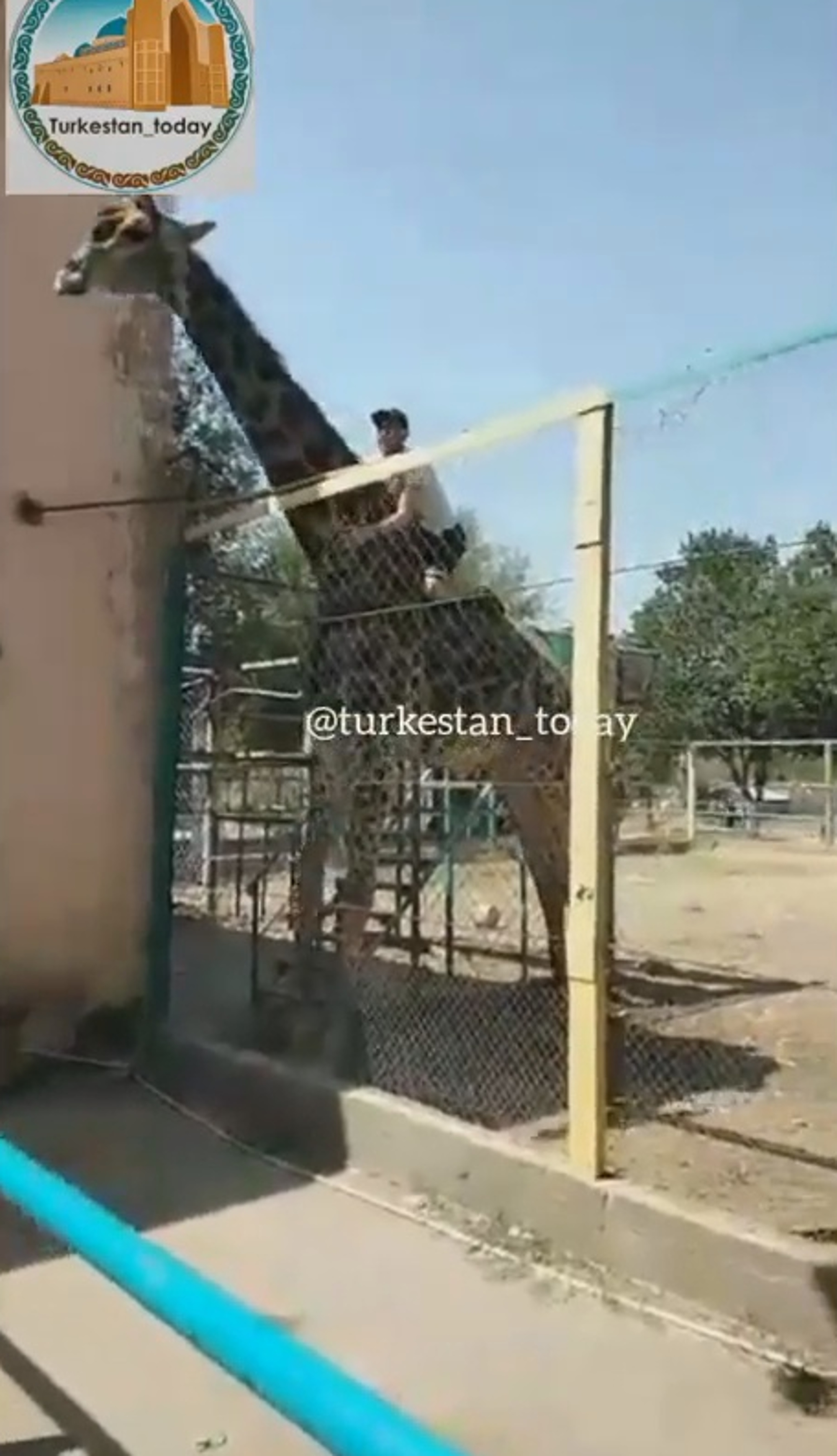 Eventually – and understandably – the giraffe decided that enough was enough. It became spooked and started to run away, unceremoniously jettisoning the man onto the floor of the enclosure.

As the video winds up, the giraffe can be seen turning around to come back and the man is spotted scrambling back over the fence with some haste.

Police have confirmed that they are trying to find the man. He’ll be arrested if found.

That seems fair, he did ride on the back of a giraffe after all. 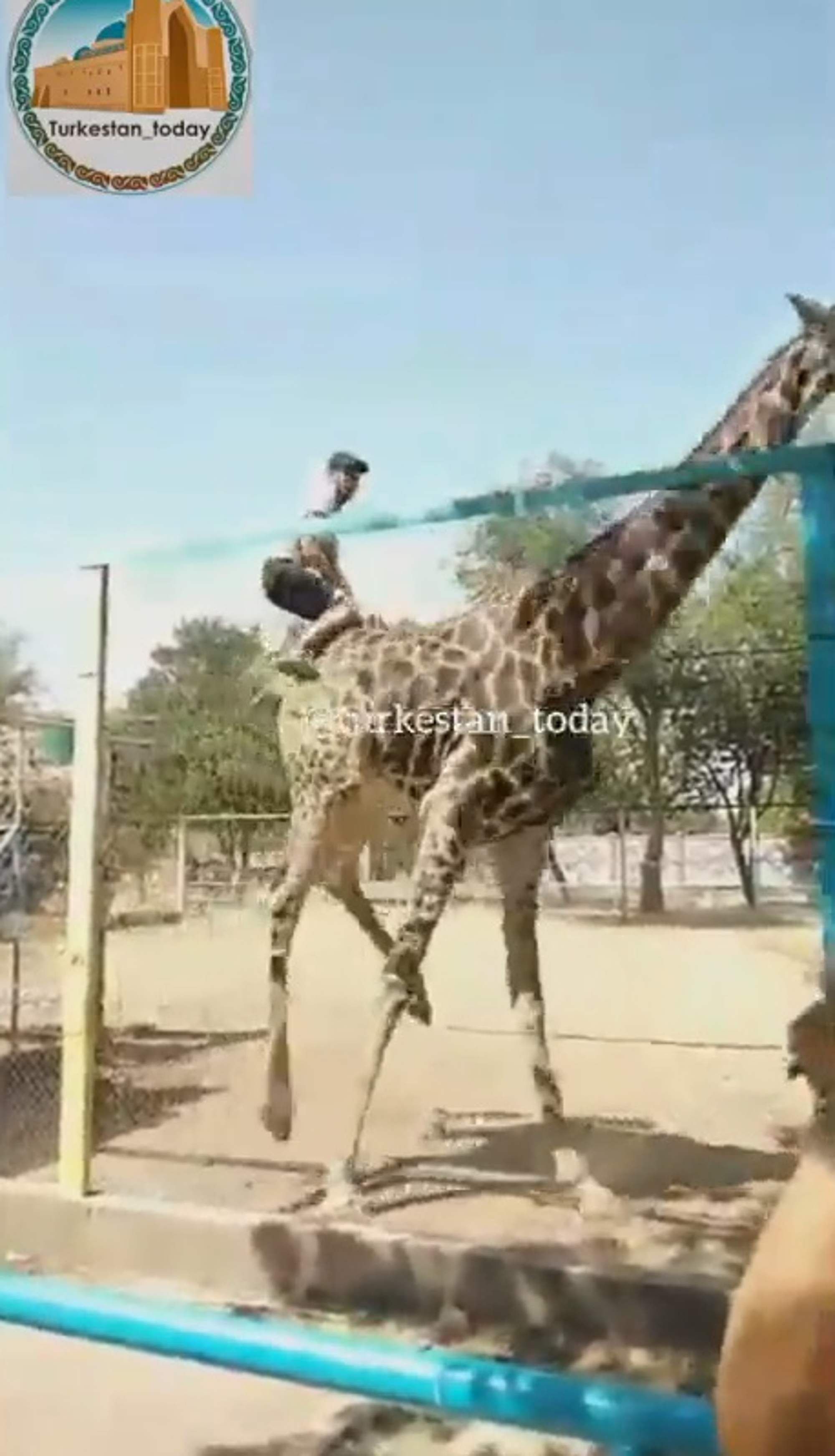 More than that, anyone who has seen a nature documentary knows that giraffes can be pretty handy in a fight. You wouldn’t want to be on the receiving end of a blow from a giraffe’s neck.

The zoo in Shymkent is one of the most popular tourist destinations in Kazakhstan, boasting more than 1,500 animals – including a herd of giraffes – spread out over 130 acres.

It is also well known for leading the way with regards to conservation. Of the 1,500 animals that are on show within the premises, there are 20 species that are considered to be critically endangered and are on the ‘red list’ as some of the most vulnerable species out there. 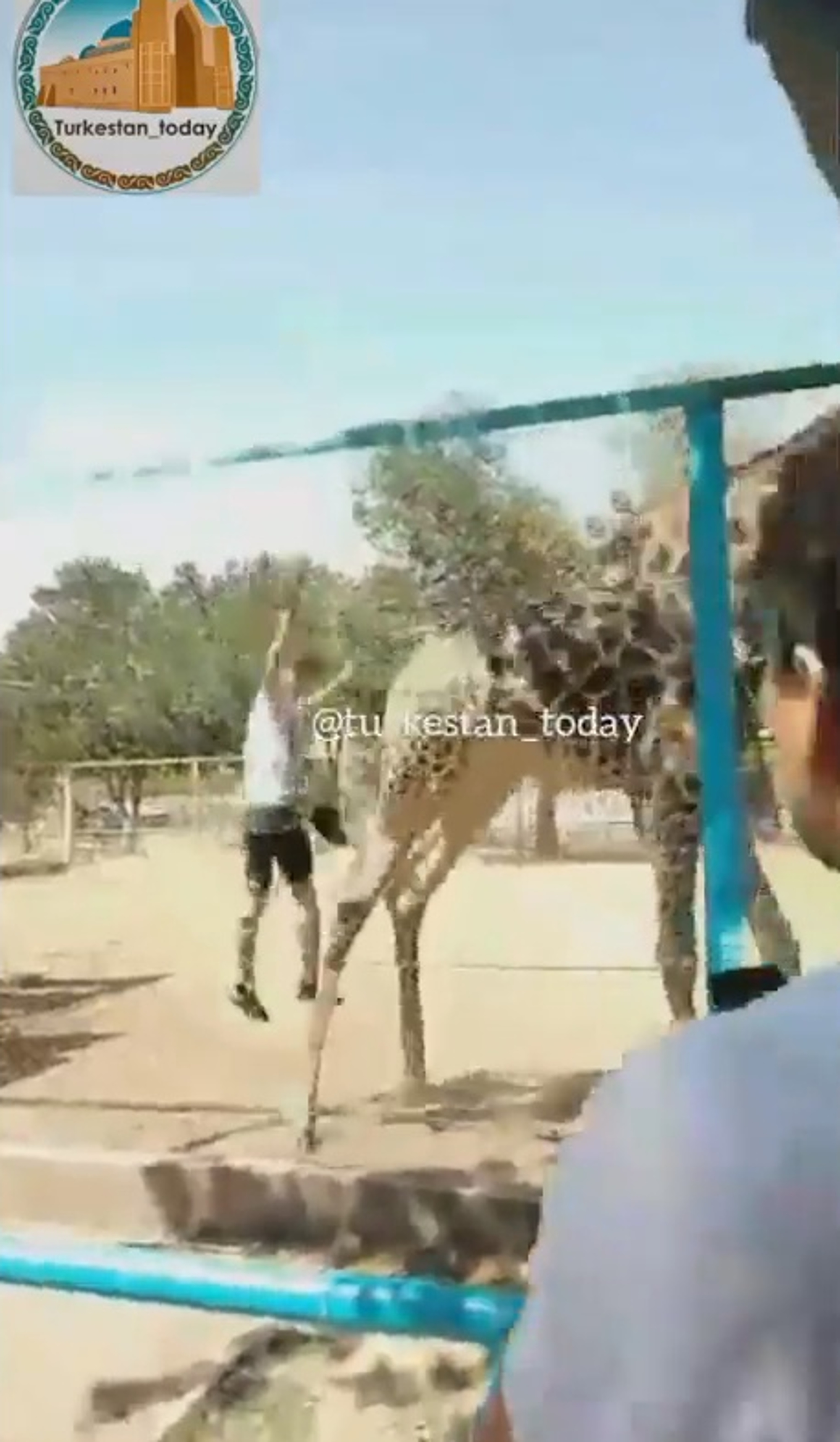 As for giraffes, they’re not vulnerable, that’s for sure. However, that doesn’t mean that you can vault a fence and ride around on one.