Man Seriously Injured In Shark Attack But Swims To Safety

A man in Australia managed to swim safety after sustaining serious injuries in a shark attack.

Experienced swimmer, Peter Schultz, was attacked by a grey nurse shark while swimming with friends at Shelly Beach, Sydney, just before 6am this morning.

The 53-year-old – who has previously swam the English Channel – managed to swim to nearby rocks and escape the waters, before raising an alarm.

Mr Schultz received treatment at the scene from paramedics for a puncture wound to his back, as well as leg and stomach injuries, before being transported to hospital for surgery.

But despite going through such a painful and frightening ordeal, Mr Schultz was said to be surprisingly calm following the attack. 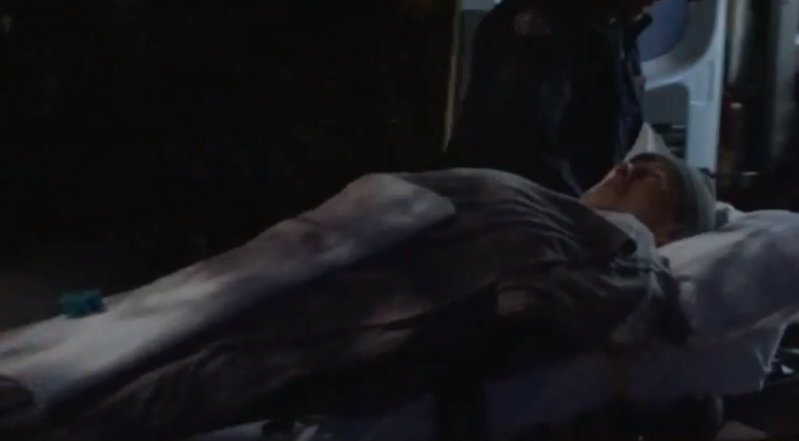 Mr Schultz was said to be in surprisingly good spirits following the attack. Credit: Nine News

Acting Inspector Andrew Wood, of the New South Wales Ambulance Service, told Nine News: “He was conscious when paramedic crews arrived and he was in relatively good spirits considering he’d just been attacked by something while he was swimming.”

Fellow swimmer and member of Manly Surf Lifesaving Club, Ken Murphy, said Mr Schultz initially thought he had been hit by something in the water.

Mr Murphy said: “This morning we went for a swim and one of members yelled out that something happened.

“He said he’d been hit by something in the water – we all exited the water straight away.

“When he got onto the rocks he had some fairly significant injuries.”

In the wake of the attack, police said no shark had been sighted, but both Shelly Beach and the popular neighbouring Manly Beach were closed as a precaution.

After assessing photos, scientists determined that a typically harmless grey nurse shark was most likely responsible for the attack.

NSWDPI shark scientists have assessed photos and believe a generally harmless grey nurse shark was responsible for a bite on an ocean swimmer at Shelly beach, part of the Cabbage Tree Bay Aquatic Reserve this morning. #sharksmart
– SharkSmart (@NSWSharkSmart) July 2, 2019

Fortunately the shark was not a Great White, the ferocity of which a group of fishermen in the US experienced first-hand in an all-too-close encounter a couple of weeks ago.

The men were fishing about 30 miles off the coast of Manasquan Inlet, New Jersey, when they were paid a visit by a massive shark, more than half the size of their boat.

In a video taken from the boat, the grey figure can be seen lurking ominously below the water, edging closer and closer. As the calm among the fishermen rapidly evaporates, the shark then surges above the water and rips the bait from the vessel, Jaws-style.

Safe to say the outlook may have been a lot more grim for Mr Schultz if he’d come across this guy.