The man who climbed up The Shard in London earlier today has said he wasn’t scared while he pulled off the terrifying stunt.

Nineteen-year-old George King, who describes himself as a ‘stuntman and urban climber’, shared a video of himself scaling the building to his Instagram account, where he wrote that he had wanted to climb it since he was 13.

Earlier today, shocked onlookers watched George pulling himself up the 310-metre-tall building in the capital with no ropes, harnesses or safety equipment of any sort.

Speaking to LADbible, George said: “I didn’t feel scared… an hour before, obviously there were nerves but as soon as I was walking towards The Shard and I knew that this was what I was going to do, all the fears subside and it’s just pure focus. The purest form of focus you can possibly have.”

Revealing what inspired him to tackle The Shard, he said: “I see it as an expression of my passion and a statement against conformity. I am trying to encourage people to be passionate, be unique and follow their dreams.” 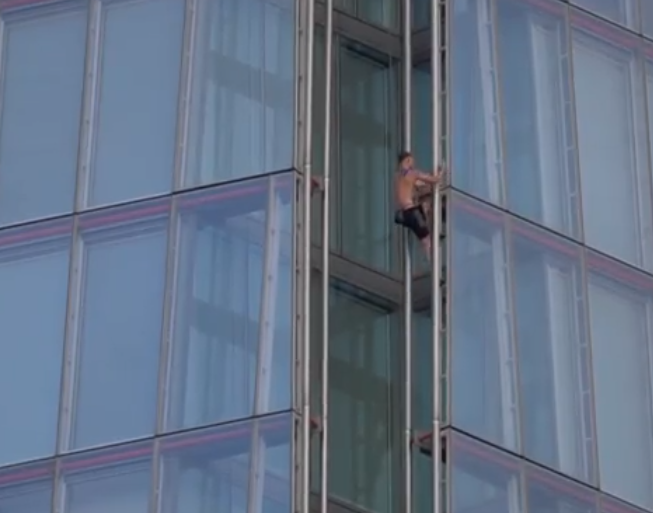 In preparation for the climb, George said he moved to London for eight months so he could be near to The Shard and carry out ‘intelligence’ to get to know the building in and out.

“It was a mix between intense physical training and actually going to The Shard and gathering intelligence,” he said. “Learning about security, the sensors, the cameras, measuring things with my arms, going up The Shard, taking photos – just gathering as much information as I could and that took months.

“It was really interesting climbing up The Shard. It’s like a vertical city. I saw the offices but as soon as I got just before the viewing deck, there was someone who hadn’t seen me coming and when he saw me, he was just shocked.

But not everyone is as happy about his hobby as George is – understandably, his folks have their reservations.

“My mum and dad don’t encourage it, but they support it in a healthy way,” he added. 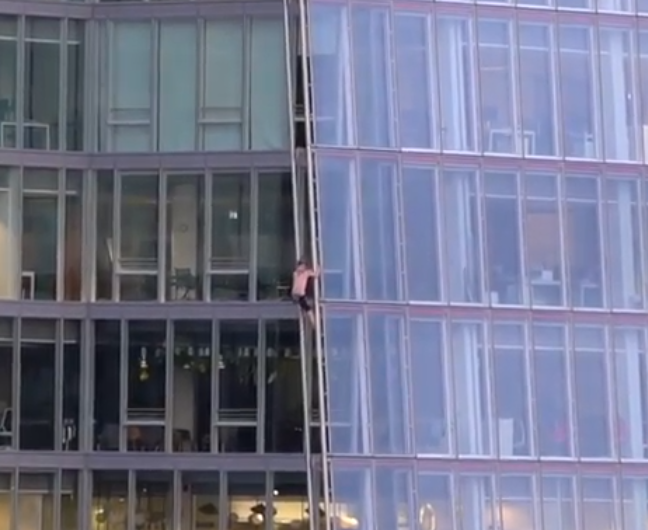 He spent months training before he attempted the climb. Credit: @powers.of.passion

“They know it’s going to happen; they know I’m going to do this sort of stuff, there’s no point in trying to stop me.”

In total it took around 45 minutes to get to the top, where police were keen to have a word with George.

Posting on Twitter, the Metropolitan Police said: “Police were called at 05:15hrs on Monday, 8 July following reports of a ‘free-climber’ on the Shard. Emergency services attended and the man went inside the building where he was spoken to by officers. He was not arrested.”

Of course, it goes without saying, but please don’t give this a go yourself.