Marks and Spencer Has Launched A Range Of Meaty Crisps

Like your choice of beer, the kind of crisps you tuck into says a lot about you. Balsamic vinegar and sea salt screams sophistication, while, quite frankly, the less said about plain the better.

But if you’ve had enough of the same old flavours and are looking for something a little more exciting, look no further – the folks at Marks and Spencer have just the thing.

Cramming together two of the greatest bar snacks, the high-end supermarket has launched its range of charcuterie crisps, with packets of chorizo, salami and serrano ham now available.

According to the British chain, the ‘revolutionary’ new products are ‘perfect for picnics, on-the-go or a delicious way to add texture and crunch to summer salads’. 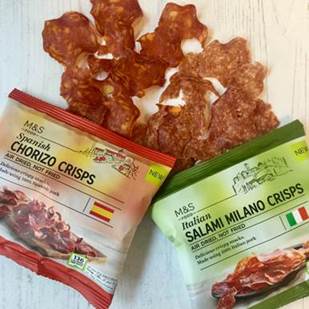 M&S has launched a range of meaty crisps. Credit: M&S

At just £1.50 a packet, bosses at M&S say they are brilliant value.

M&S charcuterie product developer Rosie While said: “With a surge in the number of people adopting a high protein diet, we’re always on the look-out for new ways to offer our customers a protein fix.

“Our new charcuterie crisps are set to be a game-changer – the perfect snack on-the-go or delicious sprinkled on top of a salad for added crunch.” 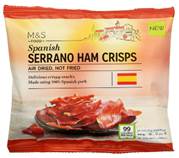 But you can’t celebrate a stonking Q2 with just a packet of Tory crisps – you also need the perfect fancy beer to go with it.

And for that, there really can be only one, the mighty Peroni, or Peroni Nastro Azzurro as the locals call it. Earlier this year, the Italian bev was voted the greatest larger in the entire world.

To celebrate National Beer Day, we asked the people (LAD’s Twitter followers) which is the best beer of all.

In the pretty one-sided final, more than 11,500 of you voted for the Italian tipple while just 6,501 put their neck on the line for San Miguel. 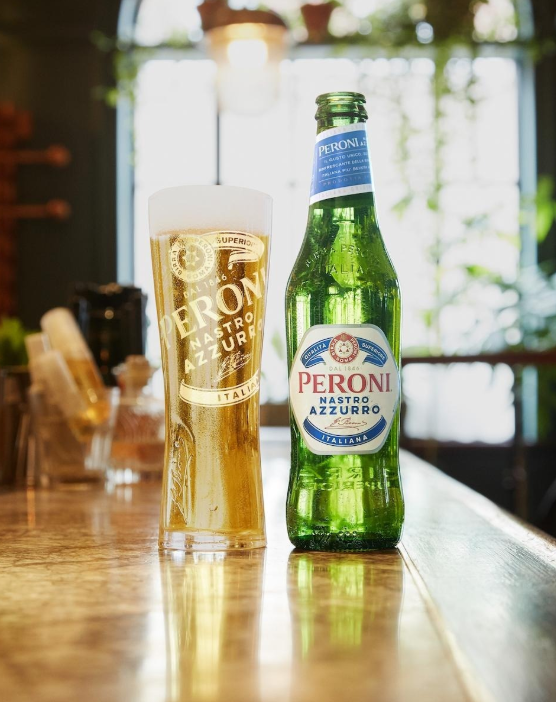 Complete the look this summer with the ‘greatest larger in the world’, Peroni. Credit: PA

But not everyone was too pleased with the results – with many voicing their disappointment on Twitter.

While a fourth critic put: “How the f*** has San Miguel ended up in a final for best anything.”

So, there you have it, summer sorted. Fancy crisps and fancy beer.