An MMA fighter was docked a point by the referee the other night for kicking his opponent in a very delicate place. Basically, he toe-punted him right in the backside.

Sure, MMA can be a pretty bloodthirsty sport at the best of times, but there are still rules. One of those rules is that you can’t just jam your toe up someone’s arse while they’re on the deck.

Have a look at this.

The fight in question took place at an event that was organised by UK MMA promotion Bellator at London’s SSE Wembley Arena.

In one corner stood local boy Alfie Davis; in the other corner, the Brazilian Jorge Kanella. Both were out to protect decent records, but the fight was brought to an unexpected standstill in the final round after Kanella aimed a kick out of frustration straight into Davis’ anus.

Well, it can’t have been far from there, anyway.

Naturally, Davis was not best pleased. Neither was the referee.

Kevin McDonald, who was keeping a watchful eye over proceedings from inside the ring, immediately halted the fight in order to deduct a point from Kanella. 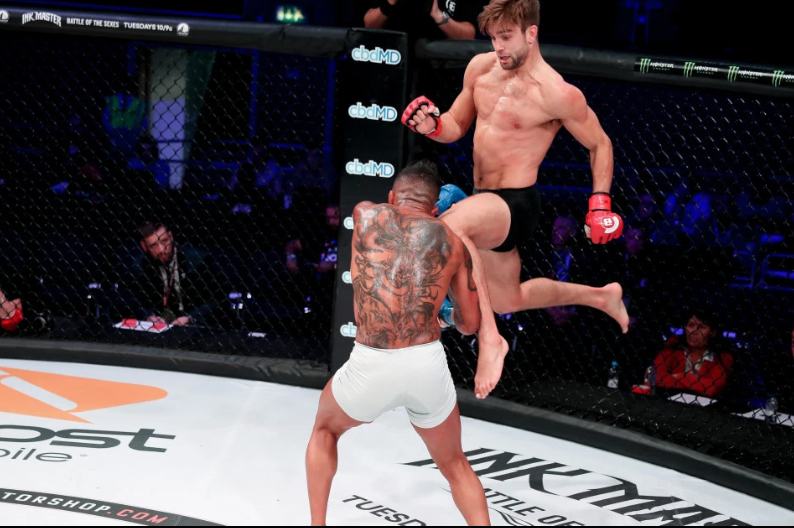 While this was going on, the big screens around the arena were exposing the London-based Kanella’s skulduggery for all to see.

Cue the kind of audible gasps and groans that you might not expect from a crowd that is essentially there to watch two blokes kick the crap out of each other.

Luckily, Davis regained his composure and claimed the 12th win of what is shaping up to be a promising career by unanimous points decision.

After the fight, he told MMAJunkie: “It was like, the bum, right at the bottom of the balls.

“If you’re standing up with someone on the floor, you do not go straight line like that. You’re never taught that because it’s a foul.

“It slid up. So when I stood up, it was right in the gooch. It’s normally pleasurable for a man, isn’t it? The gooch. We all enjoy the gooch, but not when you’re getting kicked straight in it.” 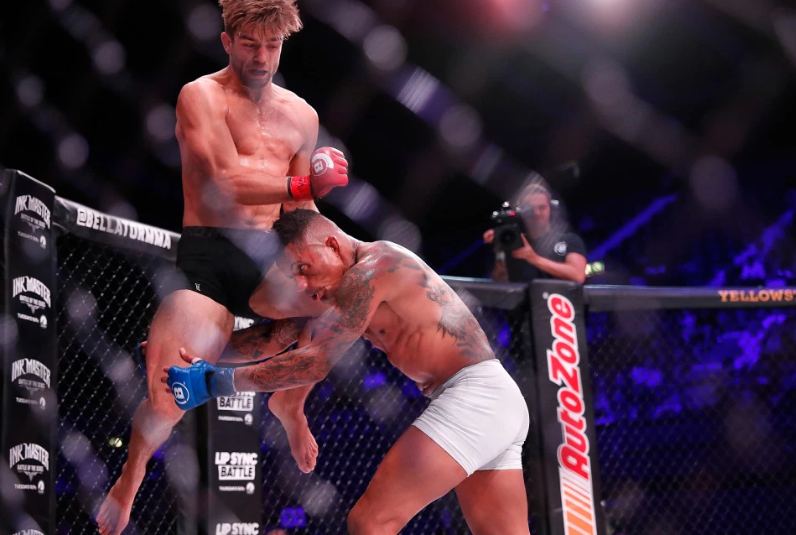 His Brazilian opponent wasn’t so amused by events. He said that the British fighter ‘faked’ his injury and discomfort in order to get a point taken away from his opponent.

He told MMAFighting: “I kicked his butt, and that’s normal. That’s not illegal.

We’ve all watched the video. We can see what happened.