Motorcyclist Escapes Death After Being Chased Down By Huge Tiger

This is the terrifying moment a motorcyclist narrowly escaped death while on the road – but rather than another vehicle, the catalyst of the incident is a tiger on the hunt.

A clip emerged showing the driver escaping by the skin of his teeth after the hungry carnivore jumps out from the woodlands and swipes for the wheel.

Despite the fact that this species can reach speeds of 40mph, luckily it (just about) couldn’t outrun the dude’s motorcycle – otherwise he would’ve been toast.

It’s not known whether the dude knew the tiger was on his back, but judging by the fact he was filming, it would suggest he’d spotted the animal moments before. 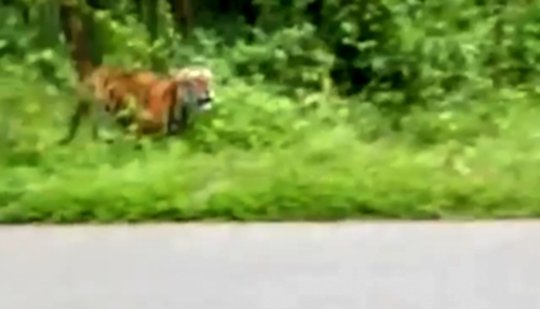 The incident unfolded on the edge of the Nagarhole National Park in southern India, where 72 Bengal tigers reside.

The park contains a rich forest of streams, hills, valleys and waterfalls, with a healthy predator-prey ratio containing elephants, Indian leopards and deer, as well as tigers.

However, visitors to the site must either attend with a registered guide or must not leave their vehicle if they choose to drive themselves. 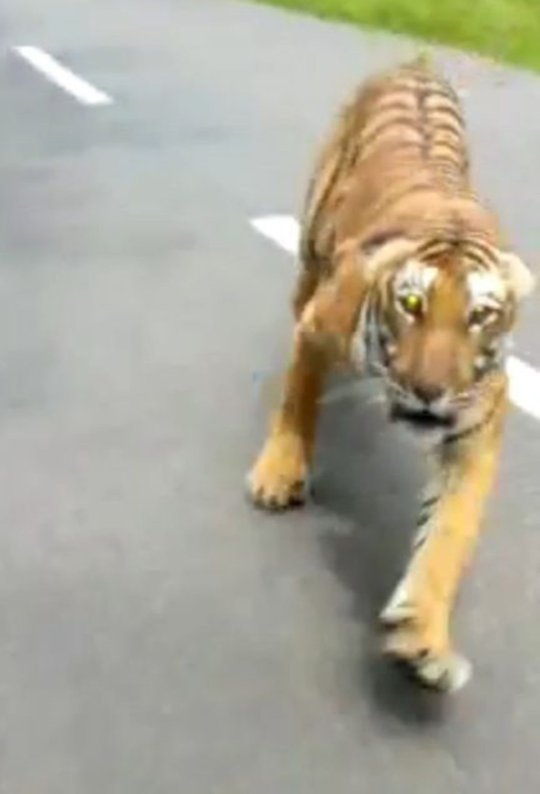 The Daily Mail reports that at the beginning of this year, one of the park’s tigers killed three people, including a 28-year-old and 60-year-old man, before it was caught and tranquillised by officials.

Speaking about the attacks at the time, KM Narayanaswamy, Conservator of Forests, said: “The animal seems to be about five to six years old and is injured in its right hind leg. This is probably the reason why it was preying on humans.

“We had spotted the animal in one of our camera traps and successfully tranquillised it. Even though there was commotion in the region, we managed to move the tiger and it is on its way to Mysuru zoo.” 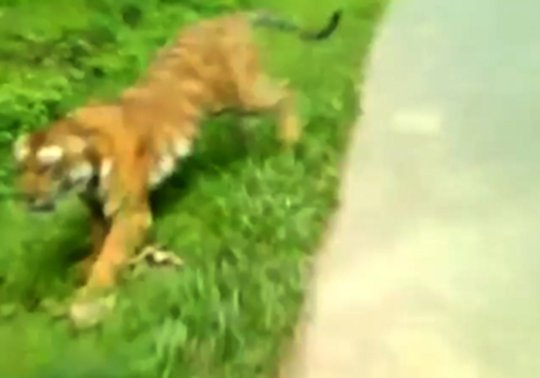 Prior to this incident, two farmers were also killed back in 2015 at the park’s edge by a male tiger. And in 2013, it was reported that four people had been killed in the same way at the park and the neighbouring Bandipur.

By the looks and sounds of things, the man on the bike had a very lucky escape indeed. I bet his heart was racing for days.