Mr Brightside At Glastonbury Brings Back Memories Of Youthful Nights Out

Cast your mind back. You’re in seemingly any nightclub in the UK between the years 2004 and 2014. It’s almost 4am.

You’ve spent the last three hours traipsing from room to room trying to find music that will appease everyone in your wasted clan. You’ve got four plastic bottles of horrible beer wedged between your fingers because it works out cheaper to buy that many. Your mind is starting to drift to the long overdue takeaway lurking around the corner.

And then the DJ drops the obligatory closer – ‘Mr Brightside’ by The Killers. 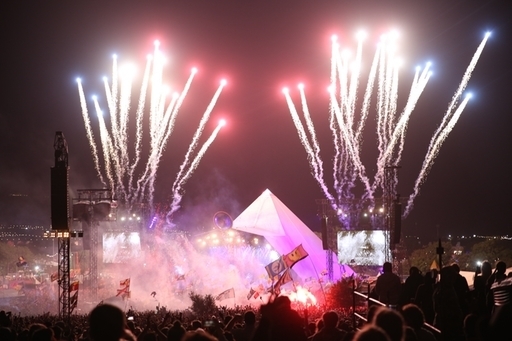 As the all so familiar guitar riff kicks in, even people who soberly hate the song lock arms with their fellow sweaty clubbers and scream the words in their face.

Nobody really knows what the song means, other than the fact the lights are about to come on and you’re all gonna realise you’re in much more of a state than you previously thought.

So many great memories of this song. :heart_eyes:

To finish off a spectacular Saturday night headline set at #Glastonbury2019, @Johnny_Marr joins #TheKillers to play this classic. pic.twitter.com/1OnfsIbK8B

The Killers brought those memories flooding back at Glastonbury Festival last night when they performed their biggest hit – closing their set with it, quite naturally.

To make it extra special, Johnny Marr accompanied them for the rendition, having joined the Las Vegas rockers during their encore to perform a rendition of Smiths classic, ‘This Charming Man’.

Unsurprisingly, the closer went down incredibly well, with both the masses of festival-goers at Worthy Farm and the viewers at home:

Do you think The Killers know how much Mr Brightside is part of all Great British nights out?
– Imogen. (@imogenrosehart) June 29, 2019

imagine being in the glastonbury crowd when they play mr brightside, legit would pass out
– em (@emilitsaa) June 29, 2019

… Safe to say headliners The Cure will have their work cut out tonight if they’re going to step up to the mark set by The Killers and Stormzy.