A woman has beaten odds into the trillions to crack open a whopping 14 double yolk eggs.

Kent-based Emma Henry couldn’t believe her eyes after she cracked one egg after another to reveal the double yolkers.

Emma, who lives with her husband and three sons, popped into Tesco to pick up some eggs on Saturday evening, in preparation for making a fry-up the following morning – wonderful idea – and as they were on offer, she got three boxes, completely unaware she was about to smash odds thought to be well into the trillions.

Speaking to Kent Online: “On Saturday evening we stopped off at Tesco in Southborough – the little one – because we wanted to get the ingredients for a full cooked breakfast.

“They had some eggs that were reduced on special offer, so we bought loads. There are five of us, so we get through a lot of eggs.

“So, I cracked one egg which is normal, then I cracked another one and then went, ‘Oh my god, it’s a double yolker,‘ and said to Max to come and look because they’re really unusual.

“Three boxes of eggs, so 18 eggs altogether. At one point I was like, ‘We have to stop cracking these eggs, we’re never going to use them all!'”

But son Max wasn’t having that and urged his mum to crack the rest to see if they were the same – which, of course, they were.

According to the British Egg Information Service – which is a real thing, apparently – double yolk eggs are more likely to come from younger hens who don’t have properly matured reproductive systems. 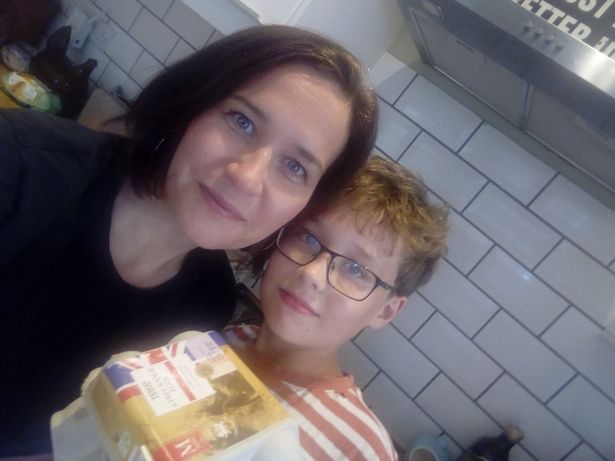 Emma and her son made the discovery. Credit: Kent Online

However, according to the BBC, double yolk eggs are more likely to appear in a cluster, as has happened here.

Emma added: “It was really surprising, and they’re supposed to be lucky, aren’t they? So we googled it and it said it’s either lucky or a sign of death, so we’re hoping it’s good luck.”

Well, yeah, it’s better than the alternative, isn’t it?

“It was just incredibly surprising,” Emma added. “And a bit of a one-off, I would imagine.”