A mum says she’s scared of people laughing at her after a botched lip filler operation left her with ‘duck lips’.

Kelly McVicker was struggling with her confidence and had tried ‘every lip plumping gloss there is’ in a bid to boost her pout.

But in a desperate attempt to achieve her dream look, the 35-year-old forked out £90 for 1.5ml of filler administered in her living room. However, the dream quickly turned into a nightmare as her lips doubled in size and erupted in blisters.

The mum-of-five was forced to hold a frozen gammon joint to her rapidly ballooning lips to try and reduce the swelling, but when that didn’t work she went to A&E to seek medical treatment.

She said: “My top lip was way bigger than my bottom, it looks like I’ve got a horrendous duck lip and I’m really conscious of it. 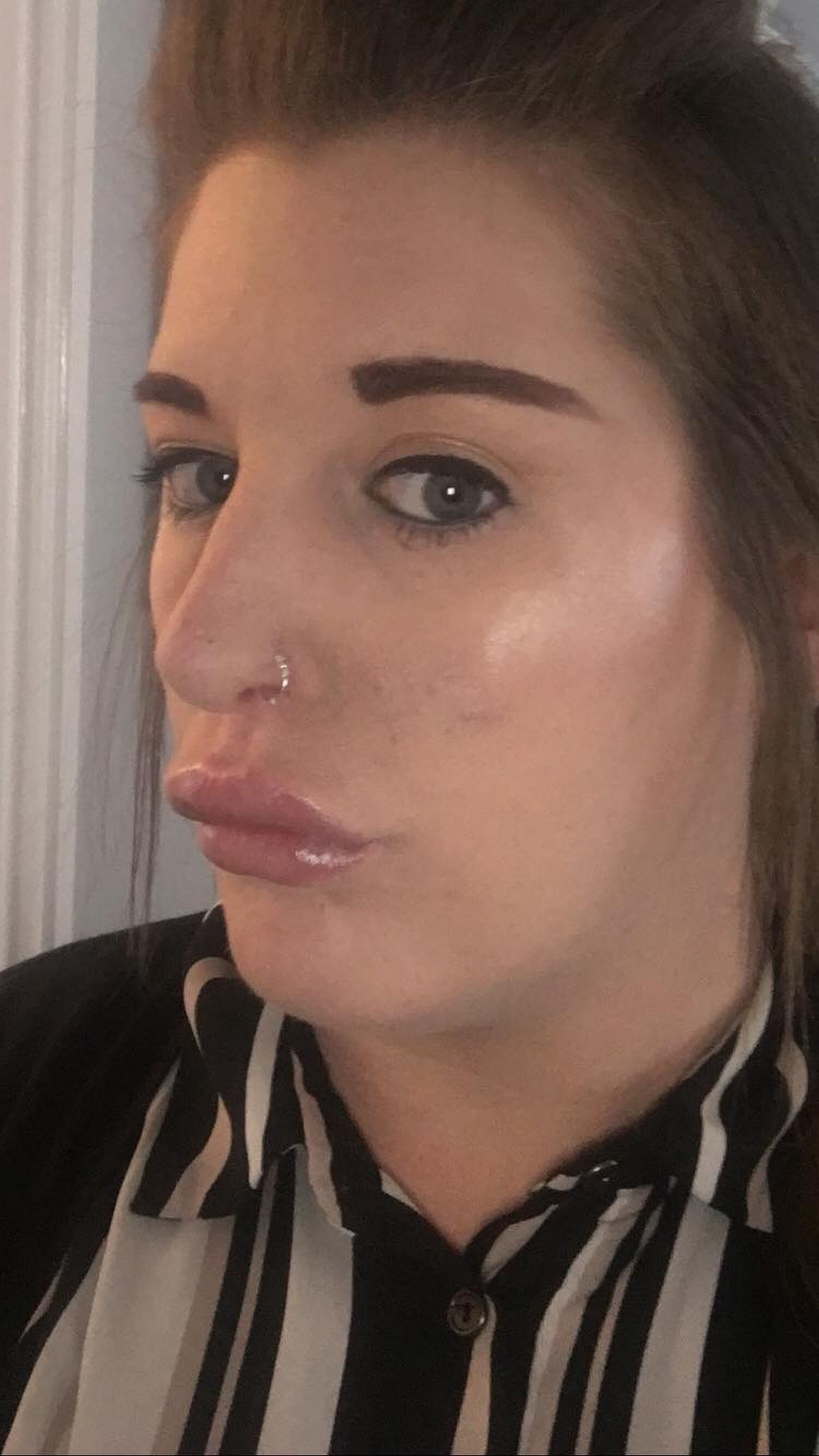 Kelly says she’s scared to go out in public after the op left her with ‘duck lips’. Credit: Kennedy News

“I stayed indoors for three weeks and the few times I went out, on the school run, I would put a scarf over my lips.

“I just felt like people were looking at me – especially my top lip that was double the size of my bottom one. I still can’t go out without thinking people are looking and laughing.”

Kelly had originally booked the treatment through a Facebook page which has since been deleted. She claimed the woman providing the treatment assured her she was qualified, but said the procedure lasted hours and was agony.

“I didn’t expect her to cause that much trauma and blood during the treatment,” Kelly said. 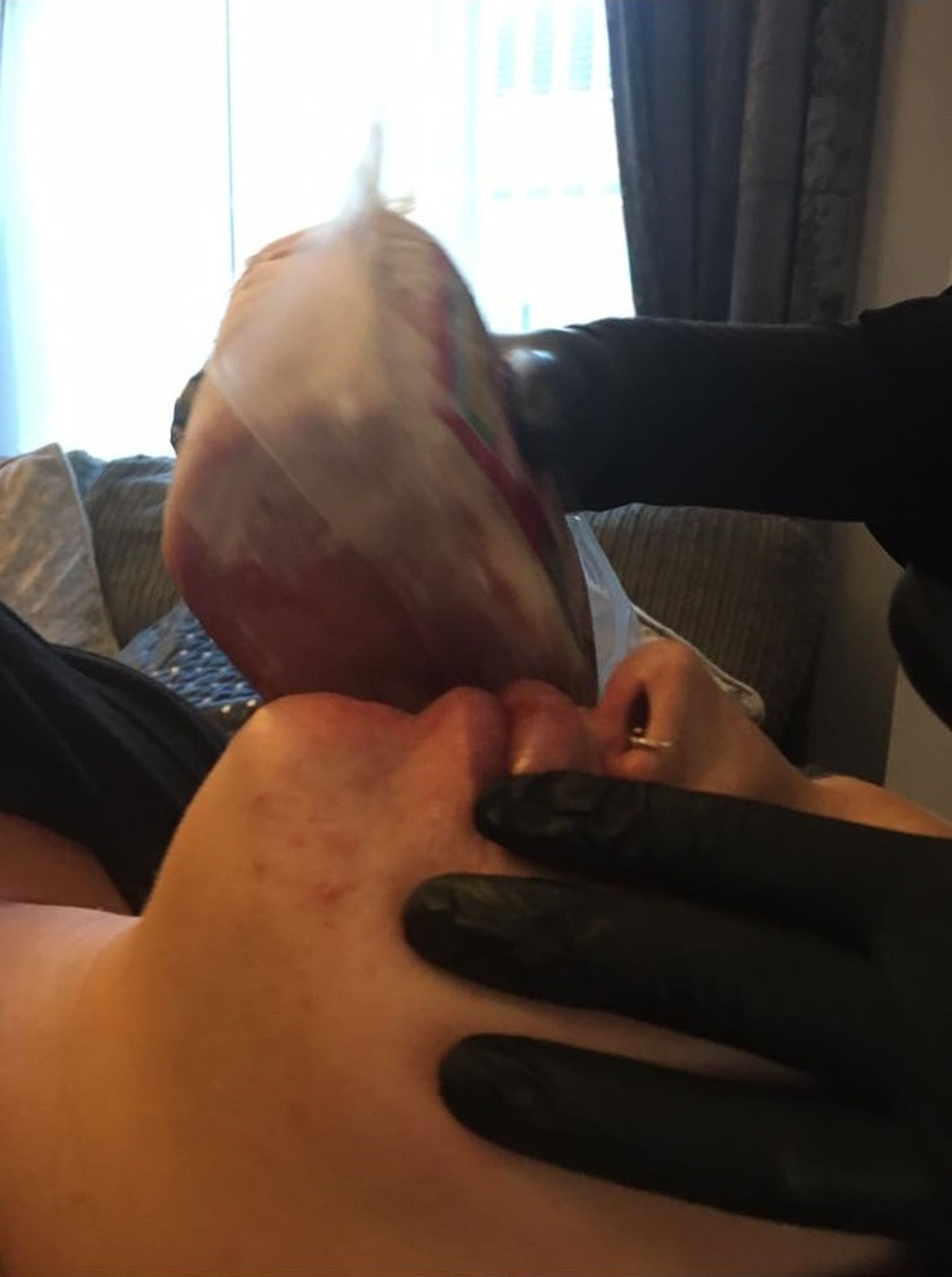 The beautician advised her to put something cold on her lips to help with the swelling. Credit: Kennedy News

“Blood was pouring down my face and as she went across my lips, it felt like my lips were getting punctured.

“Every injection she went did went deep into the lip and at times I was worried it would come all the way through. It was painful but at first I could take it. As she did more and more, it got to the stage [where] my legs were jumping with the pain.

“I’d never had it done before so I just thought it was normal and that she knew what she was doing.” 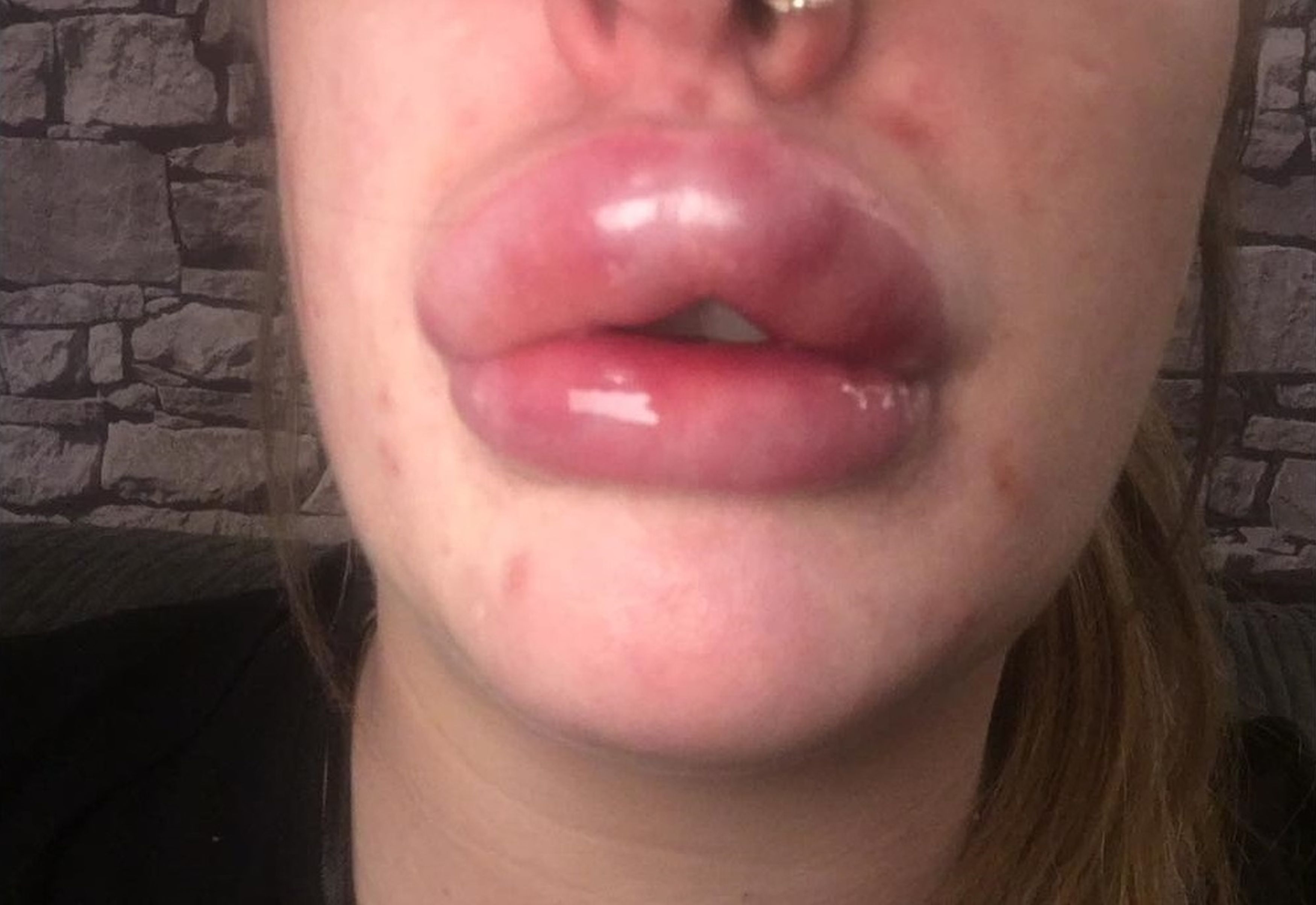 But it didn’t help and they carried on swelling. Credit: Kennedy News

It was only when the procedure was over that Kelly realised just how wrong it had gone. Over the next 24 hours, the mum says her lips continued to swell.

She said: “They were getting bigger and bigger and I could hardly talk because they were so sore and swollen, it was horrendous.

“After she left, I cried – I was scared and hysterical because of the pain and how they looked.”

The beautician told Kelly to come to her office the next day as her friend had the equipment to dissolve the filler. But when she arrived at her office, it was too late and she had to be rushed to A&E.

And even after the filler was removed, Kelly says her ordeal wasn’t over and her lips erupted in clusters of painful cold sores. 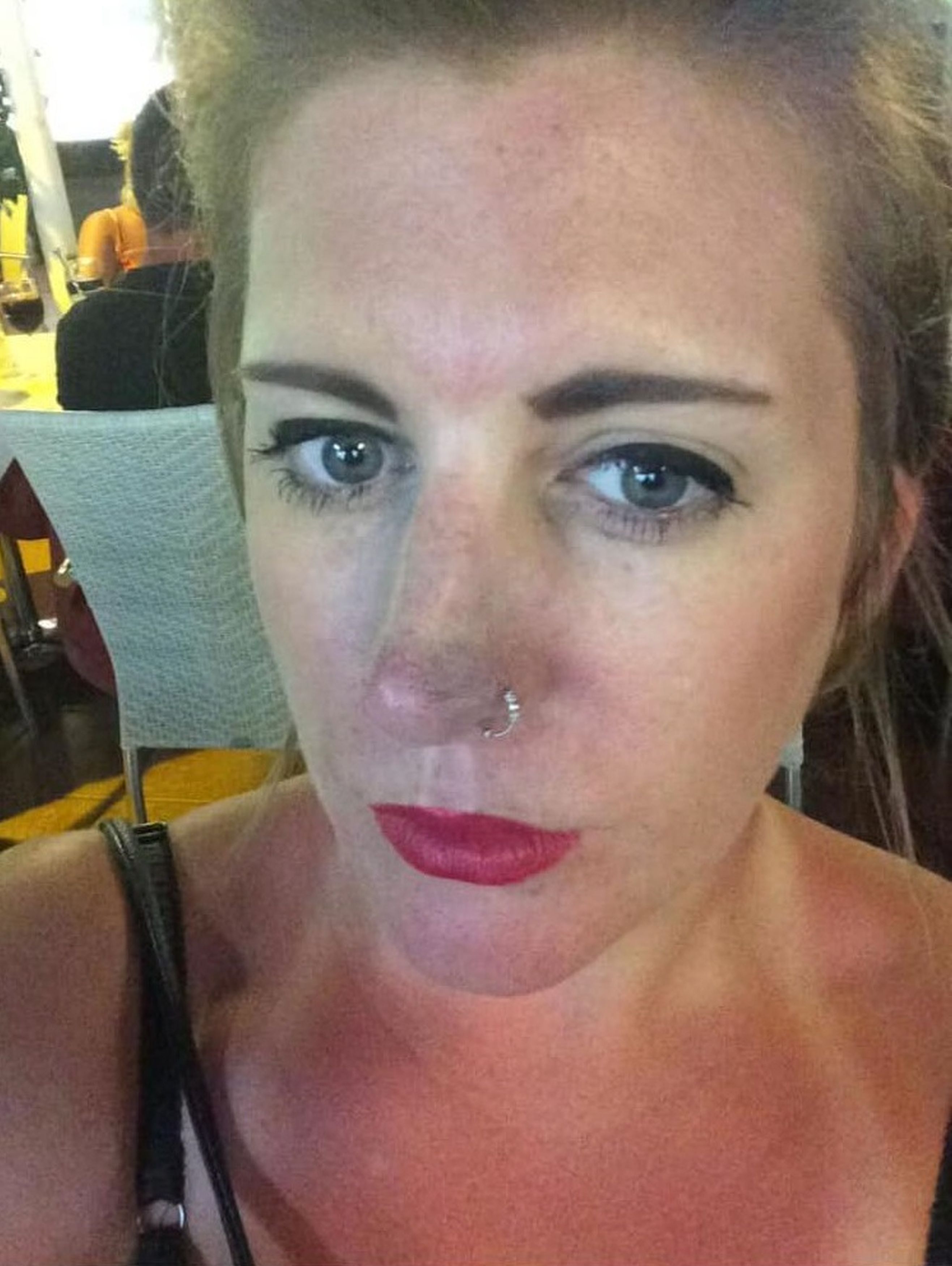 She is now speaking out to warn others about the dangers of getting lip fillers.

“It was awful, they were so sore, the beautician couldn’t remove any more of the filler because of them,” she continued.

“I’m scared I’m going to look like this until they’re totally out – I would never get fillers done again.

“I feel that the law should say that only medically qualified people can do this – she could have killed me.”

The beautician has not responded to requests for comment and the business’ Facebook page has been removed since Kelly’s complaint.