A concerned mum has shared a series of horrific photographs to show just what could happen if a child swallows a battery.

Sarah Hunstead posted the graphic pictures online, to warn parents about the dangers batteries could pose to their little ones.

The founder of CPR Kids left a button battery on a chicken fillet to demonstrate how quickly it corrodes the flesh. She described the effect at different intervals, first checking at 30 minutes.

In just a few hours Sarah’s photographs show how the battery has burnt through the charred skin, leaving black marks. 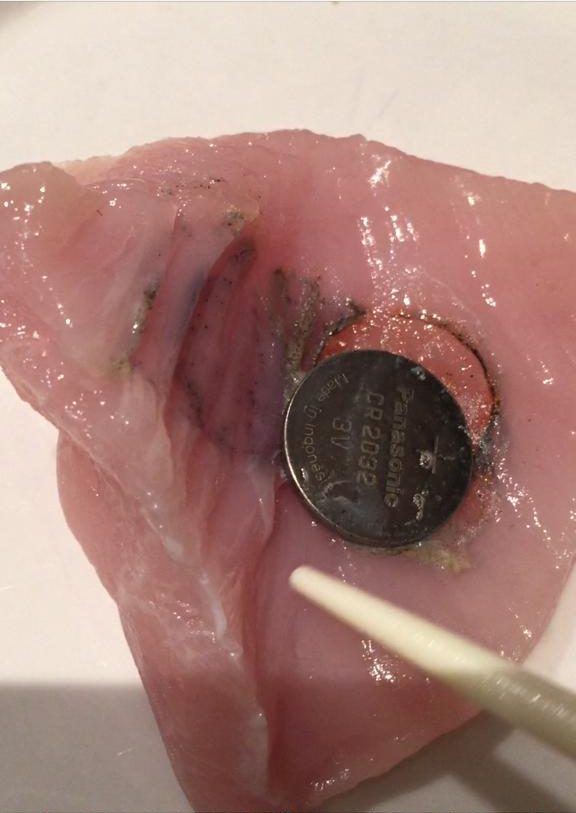 Speaking to the Mail Online, she said: “[This is to show] just how corrosive button batteries are. The first was taken just 30 minutes after exposure… the second after only four hours.

“It really demonstrates how much damage it can cause when a child swallows a button battery – this is why it is deemed a medical emergency.

“Most importantly, know how to help your child in an emergency – don’t put it off any longer!”

After seeing the disturbing pictures, dozens of parents commented on the post to thank Sarah for bringing the potential danger to their attention.

One parent said: “My son swallowed one when he was three, [it was] the size of a 10c coin.”

A second wrote: “The coin stayed in him the next day until we got sent to the children’s hospital. It had burnt his stomach lining and his oesophagus went through hell. Now mothers, I don’t leave any batteries in the house.”

While another added: “I don’t understand why they haven’t stopped button batteries being put in children’s toys.” 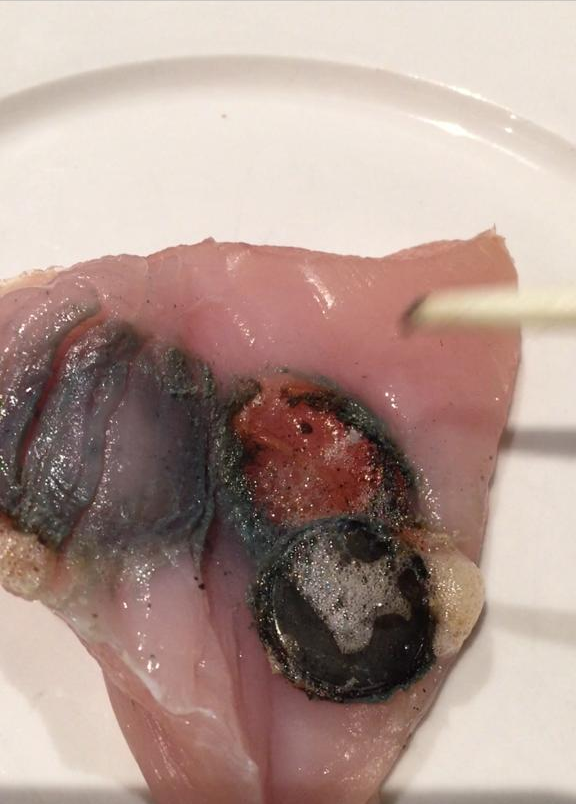 According to The Battery Controlled website, those children under the age of four are at the greatest risk.

It explains that when a lithium button battery gets stuck in a child’s throat, ‘the saliva triggers an electrical current’ which ’causes a chemical reaction’ that can cause severe burns to the oesophagus in as little as two hours.

The site warns: “If this has happened to your child, they will likely start coughing, drooling or complain about discomfort.”

Offering advice as to the best way of protecting children, a group spokesperson said: “Many coin-sized button batteries can appear ‘invisible’ to parents because devices come with the batteries already installed.

“To keep your children safe, look in your home for any items that may contain coin-sized button batteries. Place devices out of sight and out of reach of small children.