A white light has been snapped floating above the surface of Mars in an image captured by NASA’s Curiosity rover.

The black and white photo shows the rocky terrain, and for the second time since 2014, a strange light appears to be hovering above the ground.

Two further images, one taken the minute before and another the minute after, show there to be no light.

Curiosity is a robotic device that has been exploring the planet since 2012, gathering information about the surface and its atmosphere for researchers. 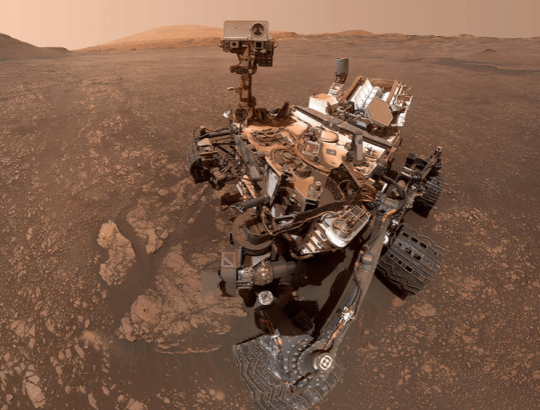 The Curiosity rover has been on Mars since 2012. Credit: NASA

NASA has, however, offered up a pretty reasonable, if not slightly unsatisfying answer to the strange phenomenon – and no, it’s nothing to do with aliens.

Speaking to Daily Mail about the 2014 light, a NASA spokesperson said: “One possibility is that the light is the glint from a rock surface reflecting the sun.

“When these images were taken each day, the sun was in the same direction as the bright spot, west-northwest from the rover, and relatively low in the sky.

“The rover science team is also looking at the possibility that the bright spots could be caused by cosmic rays striking the camera’s detector.”

Not the dramatic explanation we were hoping for, but that doesn’t stop the internet’s conspiracy theorists from offering up their thoughts on the anomaly.

One user of the ever entertaining forum AboveTopSecret, said: “It’s God performing a sign or wonder to show that he is the Lord of the entire universe.

“He can make lights and signs in the sky and tell prophets what’s about to happen before it happens so they can tell everyone else that it’s going to happen, then it does.”

Well that’s that solved then.

However, another user leaned towards a more boring explanation, saying: “Cosmic ray or not, I think it’s a problem with the sensor.

“Looking at the anomaly with 500% zoom we can see that the edges of the anomaly are sharp, not fuzzy as they would be if this was an object being photographed.”

Curiosity has been busy this week.

Not only has it potentially picked up a godly presence, it’s also measured extremely high readings of methane gas – meaning there is a higher chance of life being present, or at least the possibility of it, on the planet. 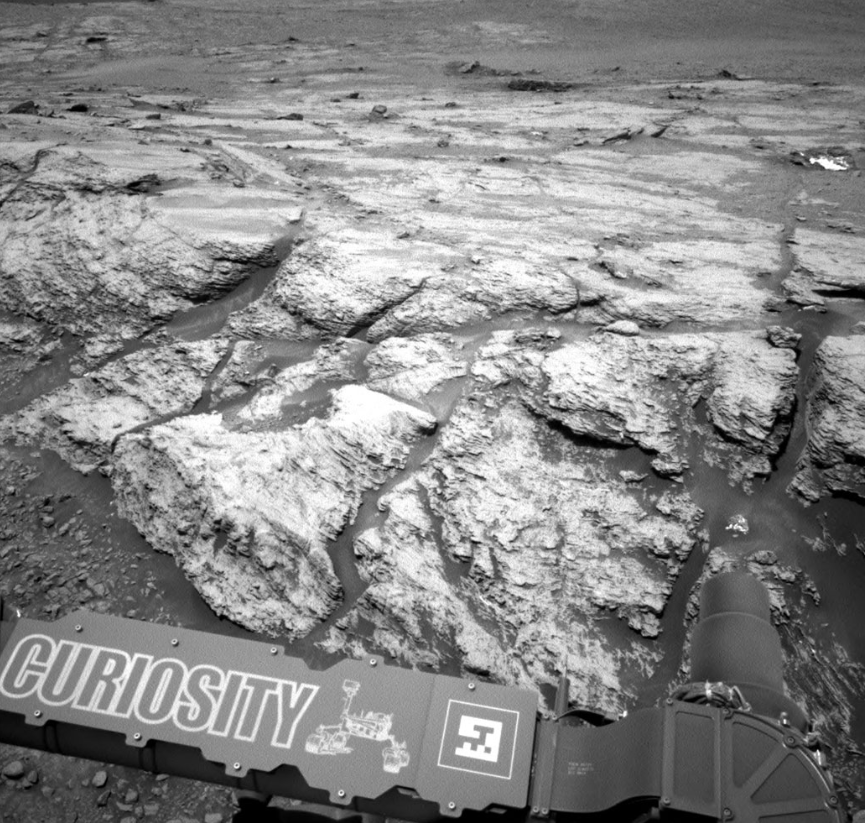 A leading idea is that methane on Mars is being released from underground reservoirs created by past biology. Credit: NASA

Thomas Zurbuchen, of NASA’s Science Mission Directorate, didn’t want us to get too carried away, though.

He tweeted: “While increased methane levels measured by Mars Curiosity are exciting, as possible indicators for life, it’s important to remember this is an early science result.

“To maintain scientific integrity, the science team will continue to analyse the data before confirming results.”

The truth is out there, guys, and we’re one step closer to it.