Netflix has confirmed that it’s working on its biggest ever feature film to date.

Red Notice was already set to star The Rock and Gal Gadot (who played Wonder Woman) and now the streaming giant has confirmed that Ryan Reynolds will also be added to the line up.

Originally, the film was set to be released by Universal Pictures, but Netflix jumped in to take over the production of the film after a ferocious bidding battle.

The news was confirmed by one of its official Twitter accounts.

Dwayne Johnson, Gal Gadot, and Ryan Reynolds will star in #RedNotice – an action-adventure film revolving around the pursuit of the world’s most wanted art thief, written and directed by Rawson Marshall Thurber pic.twitter.com/TBpu0Szyrw

The tweet says it will be ‘an action-adventure film revolving around the pursuit of the world’s most wanted art thief’.

The film was pitched with a budget but according to reports by Deadline, the filmmakers felt that Universal were hesitant about taking it on – even though a release date was reportedly set for November 2020.

When first discussed, Red Notice was one of the biggest film packages negotiated last year. It included a huge $20 million salary for The Rock (Dwayne Johnson), as well as an eight-figure deal for writer and director Rawson Thurber, who worked with Jonson in Central Intelligence and Skyscraper.

Adding Gadot and Reynolds into it and Netflix really had a challenge on its hands. It has made a huge financial commitment to its biggest feature film to date – with a production budge of around $130 million. But with a load of hit series and originals in its back catalogue, Netflix must be pretty sure about the new franchise – and more than capable of delivering if past productions are anything to go by. 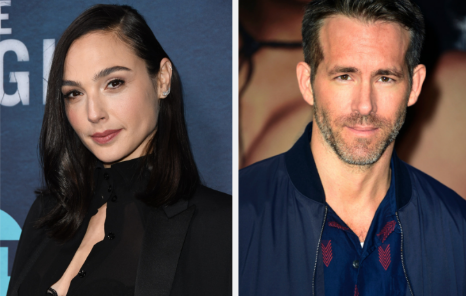 Dwayne Johnson said: “Netflix has illustrated that they are the perfect partners to accomplish this goal.

“I admire the ambition of Netflix to become one of the biggest movie studios in the world. Their original content generates critical acclaim and invites full collaboration on every level of production. Their unbridled enthusiasm for Red Notice is equally matched by their commitment to entertaining audiences on an international scale.

“The fun we’re gonna have making Red Notice, but more importantly – the fun the worldwide audience will have watching it in 190+ countries – all at the same moment.”